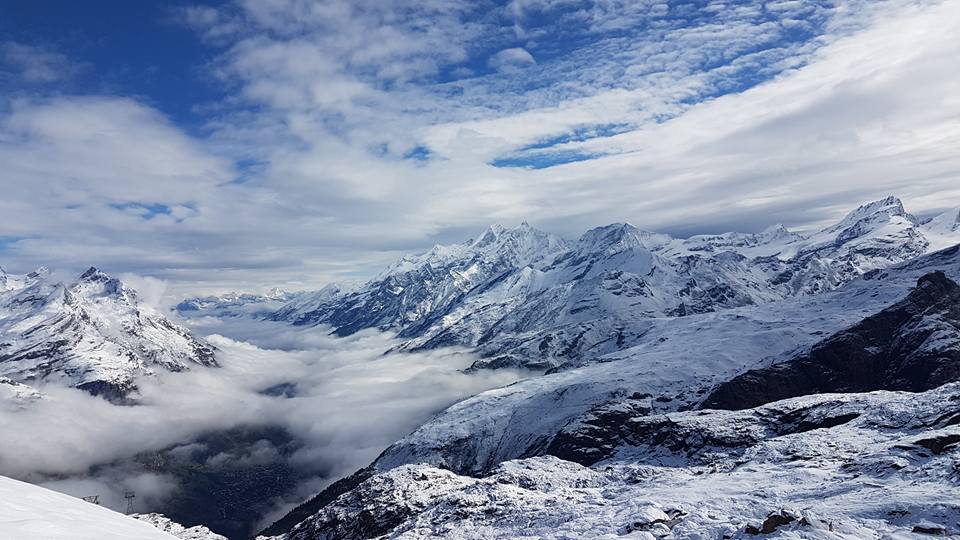 Europe is home to giant peaks and vast mountain ranges, which is why millions of skiers flock to resorts across the continent to experience the best snow and slopes every winter!

With countless dramatic inclines, high speed descents, gentle slopes and incredible snowscapes to choose from, here are 10 of the best (and sometimes the scariest) ski runs in Europe, to inspire your next holiday and hone your skills!

Excellent fitness, agility and nerve levels are required to tackle the altitude and skiing challenges presented by the 3,329m Mont Fort. Found in Verbier, arguably the continent’s most luxurious and party-centric resort, Mont Fort provides a 1,300m run from top to bottom and is generally considered the most challenging of Verbier’s pistes.

After taking four cable cars just to reach the summit, you’ll meet panoramic views of glaciers and sudden descents. Although, if you really want to take advantage of this breathtaking landscape, try skiing at dawn to enjoy the spectacular sunrise over the mountaintops.

Peppered with moguls to dodge and memorably steep, you’ll need at least intermediate skills to make a success of Mont Fort.

The beauty of the Ventina run is that it’s equally enjoyable for both beginners and pros. A long descent and a shallow gradient that allows you to truly take in the incredible mountain landscape around you. Although, your legs might feel like spaghetti after tackling the 11km run!

Ventina offers spectacular views, a gentle descent and a winding route with a total drop of 1,430m, so it’s ideal for families and groups.

As the name suggests, the Streif (pronounced the same as ‘strife’) spells trouble if you go at it with beginner skills. One of the most feared runs in the world, the Streif is found on the Hahenkamm mountain and is home to one of the most hazardous races in the World Cup.

You’ll almost freefall from the starting gate as you begin your 3.3km descent, but you’ll have to compose yourself quickly, as you’ll be forced to navigate maximum 85% gradients at a speed of around 84mph.

In fact, the run is so iconic that a documentary film was made about it, Streif: One Hell of a Ride, in 2015.

At 1,500m in length, this Austrian piste is often icy in the centre, with easier-to-grip snow around the edges. Found in the resort of Mayrhofen, the Harakiri piste is named after the samurai ritual of committing suicide, which may be a reference to the fact that it’s the steepest groomed slope in the world, with an average gradient of 78%.

The start of your descent is the worst on the Harakiri and it’s advised that you keep your weight on your outer ski and try to slow down when possible, if you want to reach the bottom upright. Also, don’t be surprised to see skiers tumbling down the entire run. In other words, make sure you have plenty of skiing lessons first! 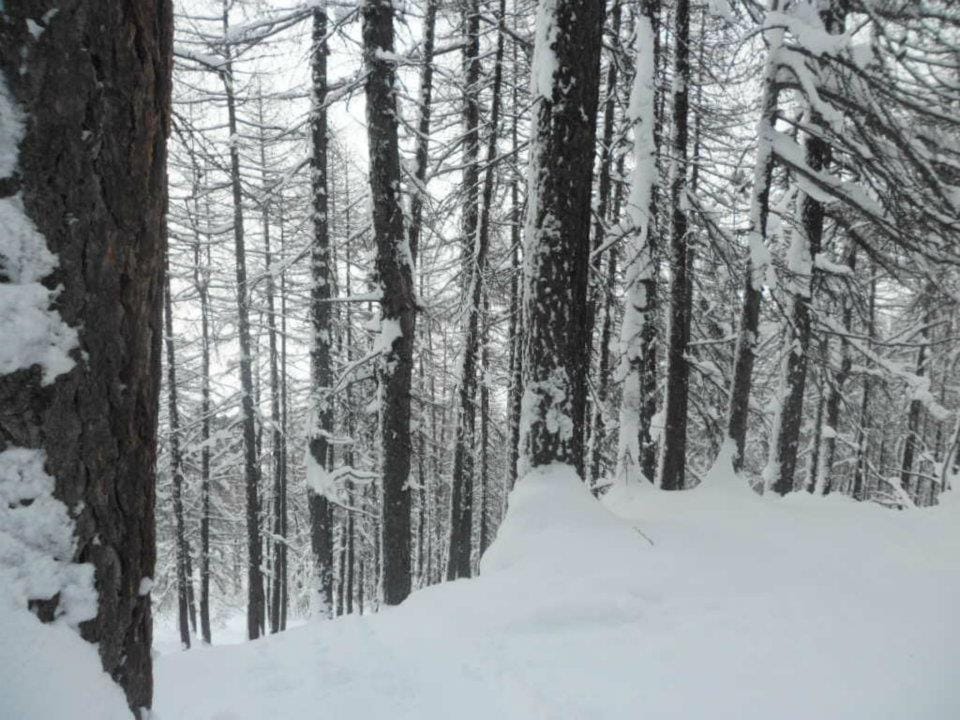 The Aiguille Rouge, or Red Needle in English, is the tallest peak in the Les Arcs resort. With a length of 8km and vertical descent of over 2,000m, this run is classified as black at the top and red once you’re around one third of the way down.

With a descent that starts at 3,226m, one of the greatest draws of the Aiguille Rouge is the panoramic view of the Italian Alps, Pierra Menta, Mont Pourri, and the extraordinary beautiful Mont Blanc.

Although it’s the broadest and easiest of the three Courchevel couloirs, Grand Couloir is the only one classed as a run on the piste map.

900m in length, with a maximum slope gradient of 85%, the first challenge to overcome if you ski this run is navigating the steep path leading from the cable car station in La Saulire which can be especially perilous if the conditions are icy. Once you arrive, you have potentially huge moguls to contend with, which can make the beginning of your descent the riskiest part of your experience. Once you’ve tackled these tricky snow bumps, the slope will open up and the remainder of your descent should be a smooth delight.

Often intriguingly referred to as the ‘Swiss Wall’, this famous 200m ski run is based at the heart of the Portes du Soleil ski area on the Swiss/French border. One of the most exciting runs in the world, Pas de Chavanette features rapid drops, with some angles so steep that you might struggle to see what’s hurtling towards you as you descend…

Ski here and you’ll experience an ungroomed run, although the difficulty level depends on the time of year and conditions. Try it on a decent layer of snow and you can weave and glide effortlessly. But beware when the run is icier and bumpier expert skills and an ability to emergency stop will be required. 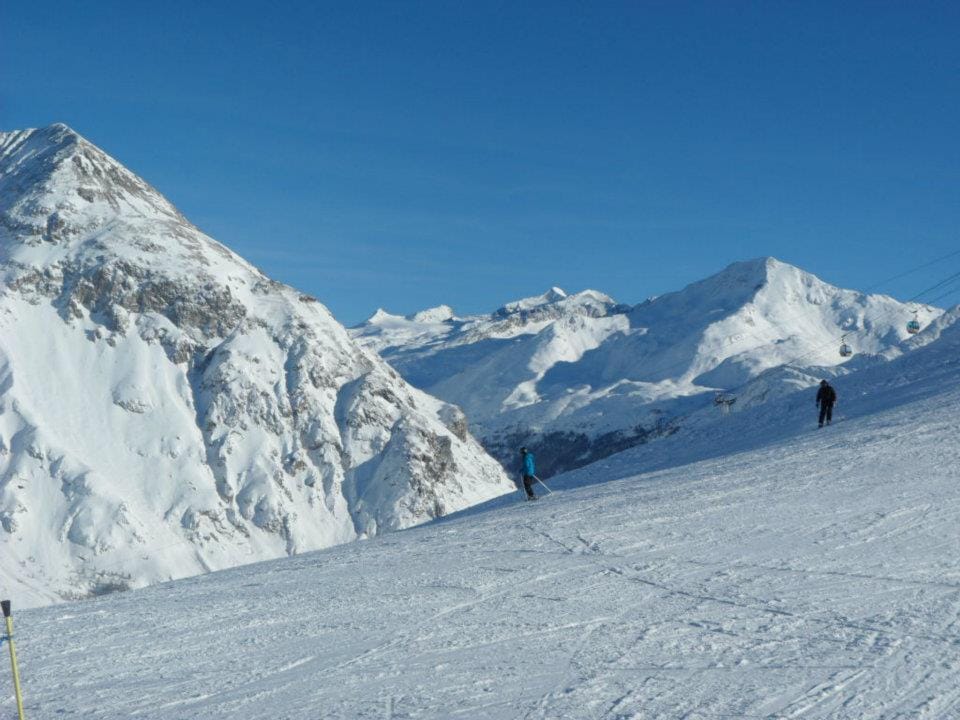 For skiers who enjoy the scenery as much as the activity, Hidden Valley is a snowy paradise. Skiing here will make you feel completely isolated from the world as the Dolomite peaks tower over you.

Hidden Valley begins at the peak of Lagazuoi (2,750m) and features a gentle descent, scattered with sights of frozen waterfalls and riverbeds. An excellent run for novices and one of nature’s best stressbusters!

Piste 4 at the Riksgränsen ski resort is a run you’ll have to time right if you want to try it. Based in the Swedish Arctic Circle, the lack of sun means you can only ski here between mid February and midsummer. However, if skiing under a midnight sun sounds like your thing, Piste 4 is where you need to head.

Freeskiers love launching off the natural bumps of the Riksgränsen slopes, and if you give Piste 4 a go, you’ll actually glide into Norway before looping back around during your descent.

If you’re confident in your skiing skills and feed on adrenaline-pumping sports, the Lauberhorn run is the challenge for you.

Supposedly the fastest run in the World Cup, you start from the 2,500m summit and travel 4.5km in just two and a half minutes. On your descent, there’s a 130-foot jump that catapults you into the air to contend with, and you’ll reach speeds of around 99mph, enough for g-forces to come into play.

However, it’s an exhilarating experience, if you can handle it!