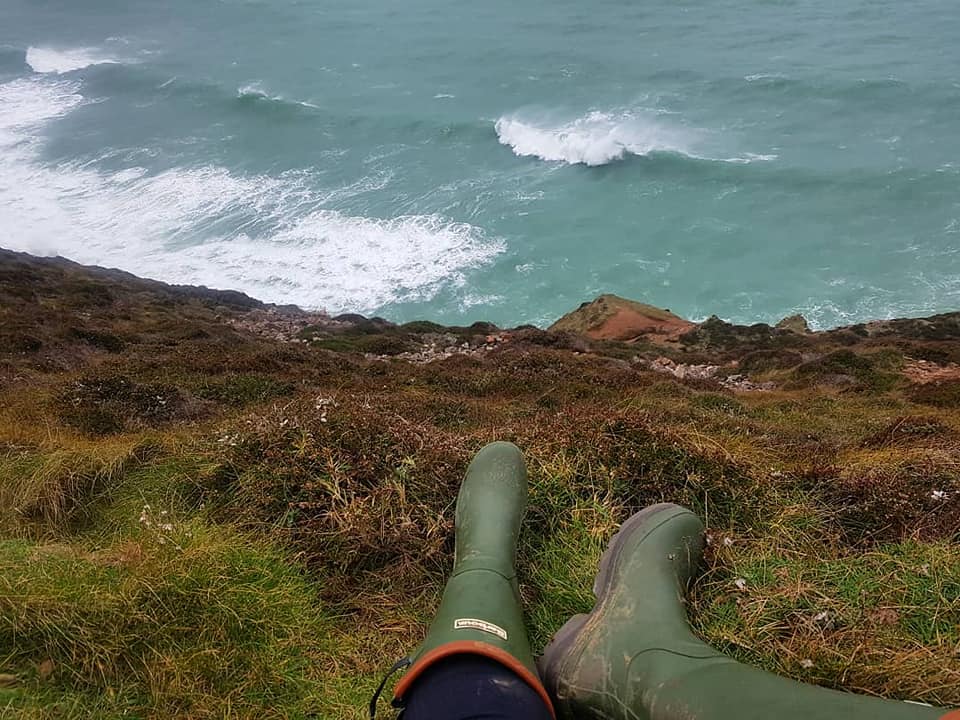 High cliff faces, rocky headlands, crashing waves and views as far as the eye can see. It doesn’t take much to see why Cornwall is so well loved by holidaymakers, and tv/film location scouts..

Most of the county’s coastline has featured in Poldark by now and it’s more popular than ever before. I’ve spent a lot of time at the Cornish coast – From family holidays to Port Gaverne, weekend escapes when I was at university in Plymouth to cycling through the county as part of my ride along The Trafalgar Way. I can’t get enough of it and if I lived closer, I know I’d forever be procrastinating from all manner of projects, coursework and work in favour of sitting admiring the views.

So, when I had to pop and pick something up for my dad one gloomy February Saturday, I decided to make the most of my day and, as ever, I was not disappointed… 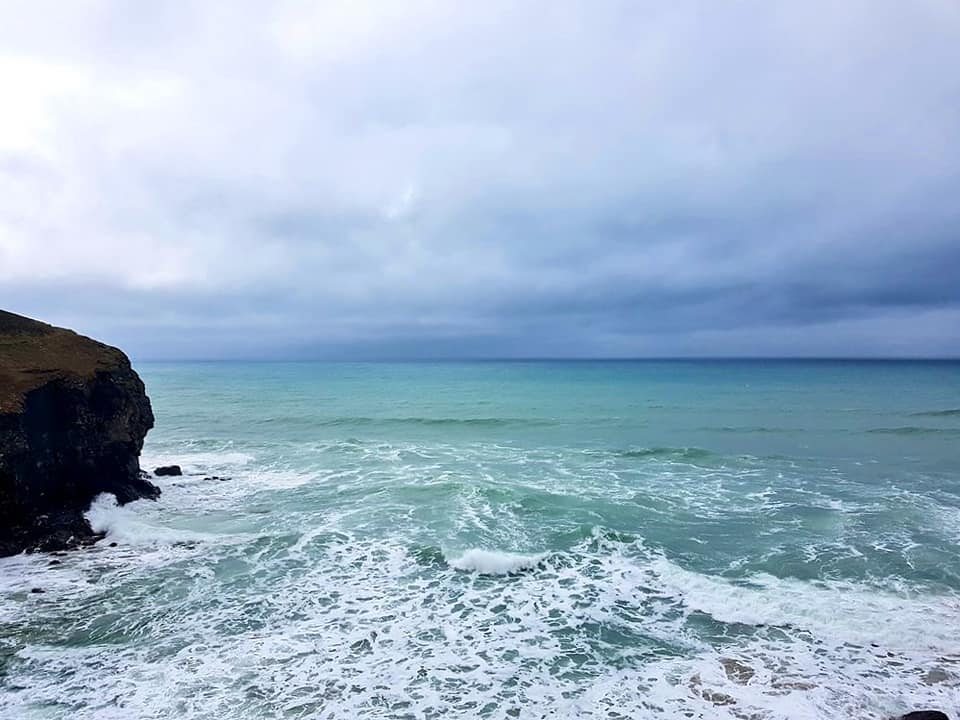 This walk starts at Trevaunance Cove, and it was a linear walk there and back along the SW Coast Path. You can start at either end, as there is parking in both Trevaunance and Chapel Porth and if you’re a National Trust member, it will even be free at the latter.

From Trevaunance Cove, the coast path is marked and simple to follow. Advice? Keep the sea on one side. No, really, it’s that simple, and you will struggle to lose the path… There are some stepper sections on this route, nothing arduous, but I would always advise wearing sensible footwear, especially if it’s been raining, as it can be unstable and there’s often some scree-like rock along the footpath.

It’s not a long walk from Trevaunance to Chapel Porth, about 3 miles there and 3 miles back, but it is fairly exposed along the clifftops and incredibly breezy when the wind (and rain) blows! 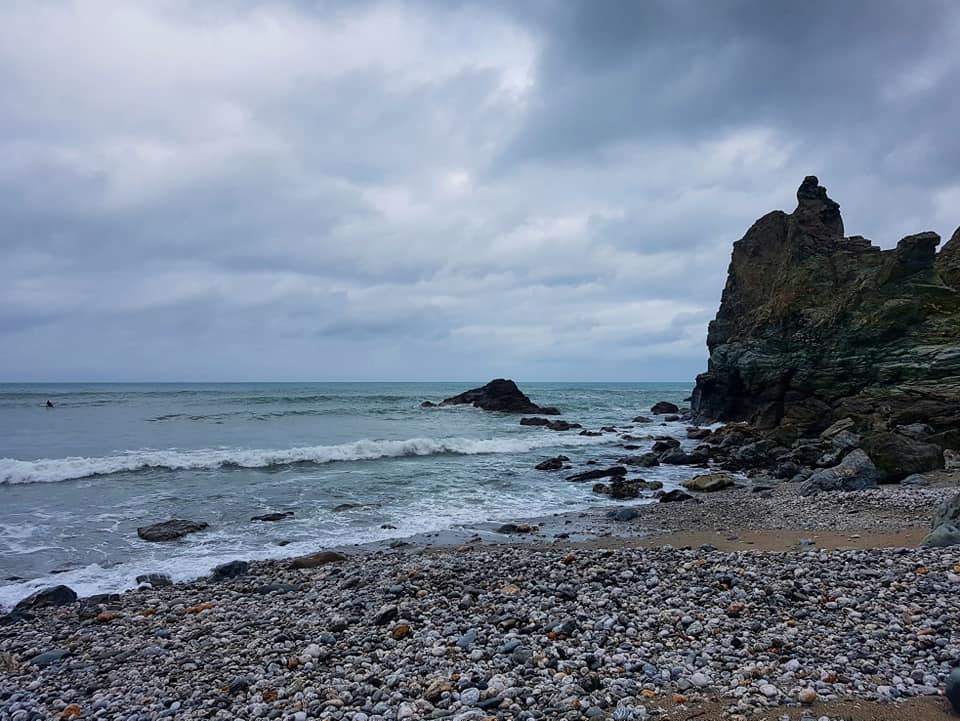 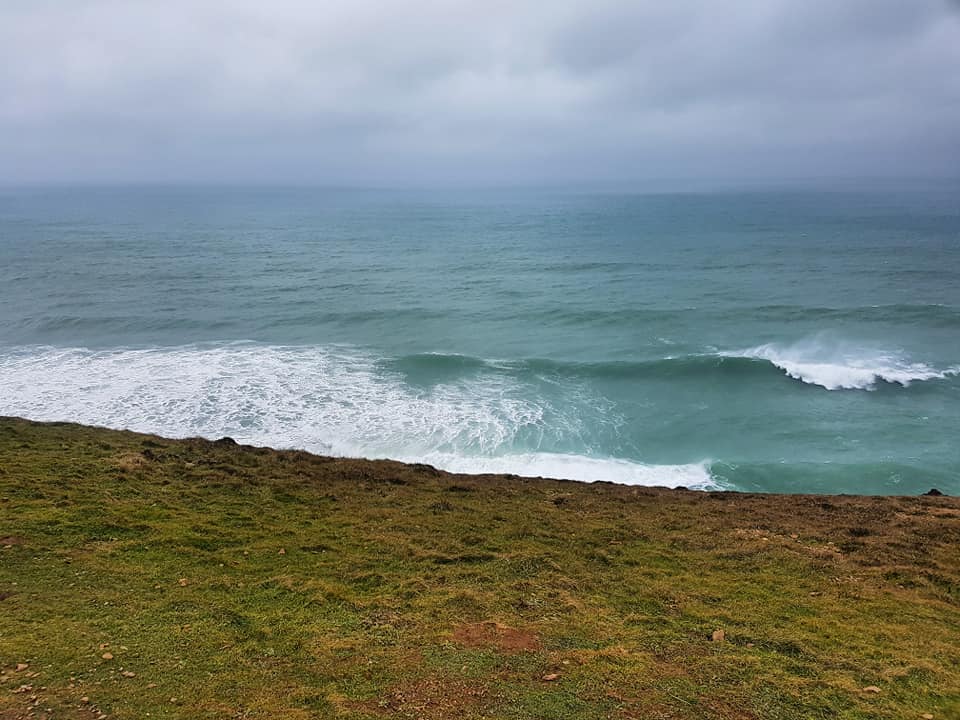 About half way along the coast path, between the two beaches, you’ll come across one of the most iconic scenes in Cornwall, Wheal Coates.

This stunning spot on the cliffs is a Cornish Mining World Heritage Site and tin was mined here for centuries. It’s even thought that there was mining here in prehistoric times. It’s now a National Trust site, being protected for future generations, and with good reason…

I took the time to stop here and just take in the scenery. I always prefer coast walks on a cloudy day to a sunny one, as I feel the colours in the sea are just spectacular. Moreso as sea green/teal is my favourite colour.

From Wheal Coates there are two paths you can take down to the beach at Chapel Porth. EIther along the top and across the heath, or along the coast path, before dropping down.

I chose to walk part of the way along the heath before heading back up and over. Never one to follow a normal path… 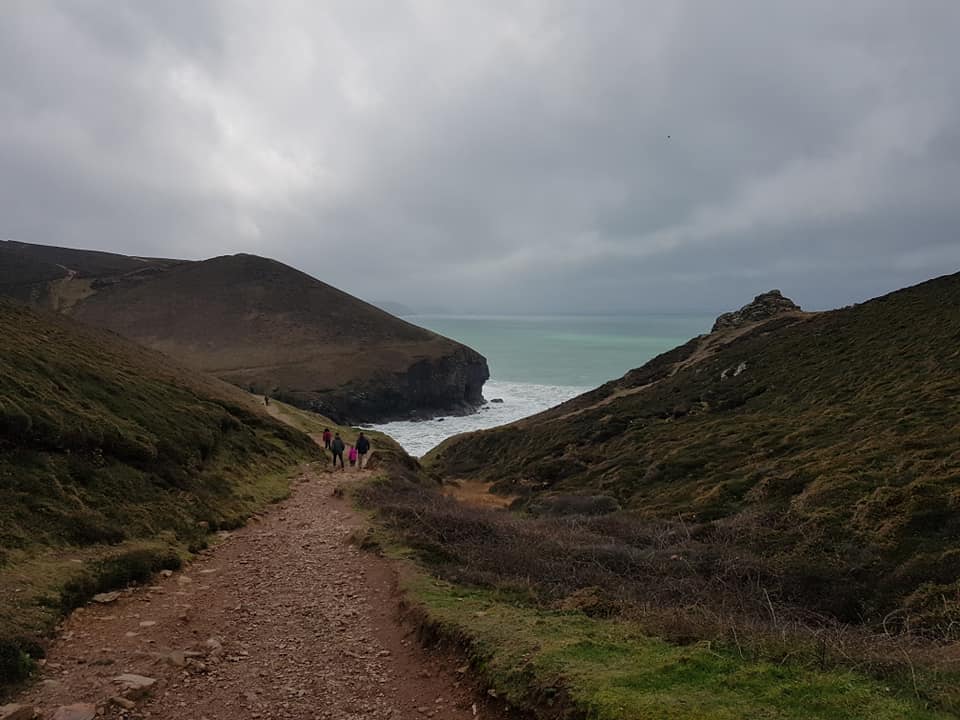 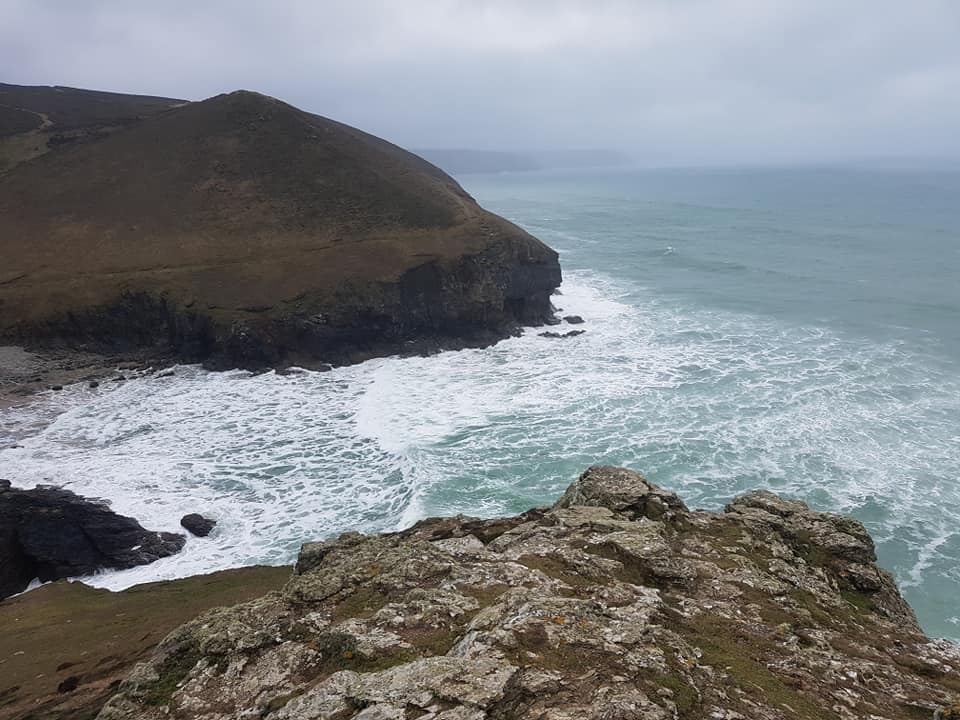 Are the paths around here red for geological reasons?

Probably, but there’s a great story in Cornish folklore that an evil giant named Bolster fell in love with a girl named Agnes. Agnes demanded that he prove his love for her by cutting himself and filling a small hole at the edge of the cliff with his blood (this dip is still here…) Bolster agreed, not realising that the hole was, in fact, a sea cave. His blood drained out into the ocean until he was so weak that he fell over the edge of the cliff and died.

Now? Chapel Porth is simply a fantastic beach, year round, and when the tide goes out there are some wonderfully mysterious sea caves to explore!

Definitely one to add to your walks list if you’re in the local area.