9th May 2016 admin 1 Comment
I went for another walk on Sunday, from Ashurst to Beaulieu Road with my friend Megan and her husband Dan, also accompanied by their three dogs. It was around 7 miles by the time we had got lost a couple of times. It was also 26 degrees… Toasty. 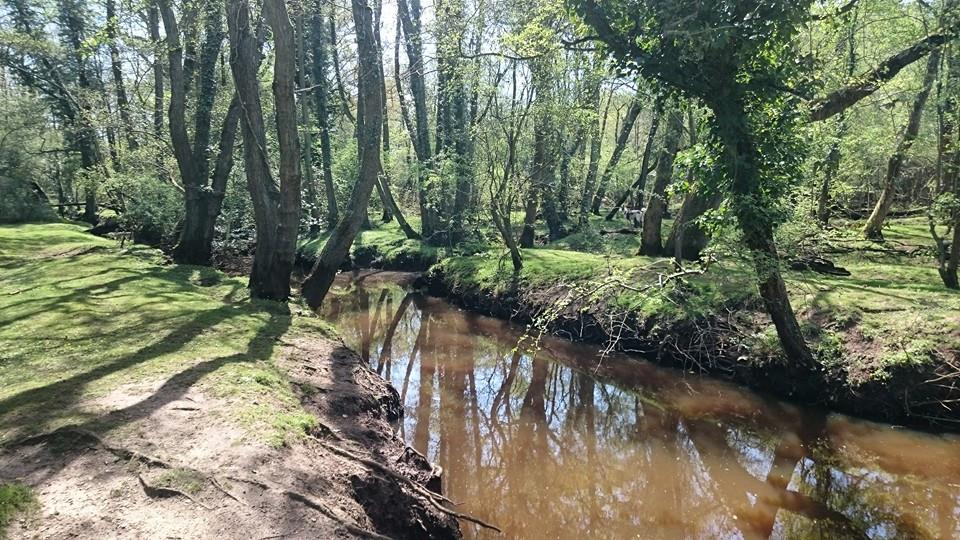 We set off from Ashurst Station and looped back on ourselves through the field, across some boggy areas (where a few cyclists decided to turn around as they couldn’t get any further) and then in to the woods, where we hit gravel paths. We then managed to get lost, before doing a 180 and heading in the right direction…

The guidebook told us that we would come across ‘a trickle of water’ which actually ended up being a deep stream, so we had to go around it, traversing tree branches as though we were walking the plank. I had a wobble, the dog got stuck. Chaos.

Thankfully after that it dried out and continued to stay dry all the way to Beaulieu Road station. We headed to The Drift Inn for a well earned pint of cider. 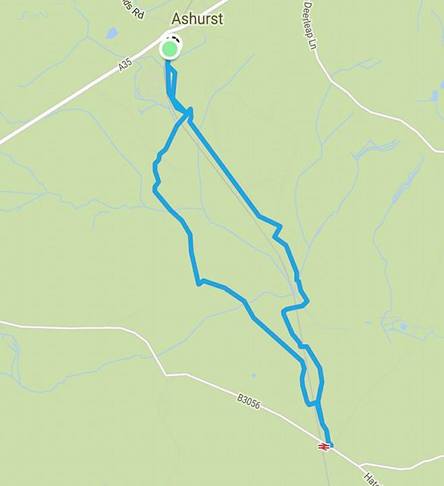 After the pub we headed on the trek back to Ashurst. It was very straight forward and the breeze had dropped by this point, which probably explains my current tanned state.

We came across a number of people in sandals, summer dresses and converses, who carried on past us until they reached a bog. They then seemed to turn around to head back from whence they came… called it.