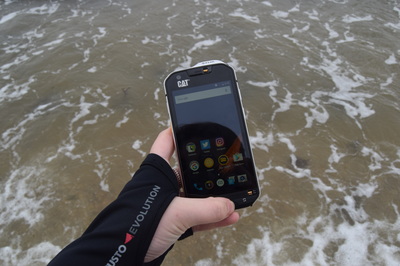 11th July 2016 admin 3d Comments
A couple of weeks ago I was invited by Bullitt Group to go up to their office in Reading for the launch of the new Cat Rugged Smartphone, the S60. Those of you who follow me on social media will have seen me raving about this phone, and for good reason… 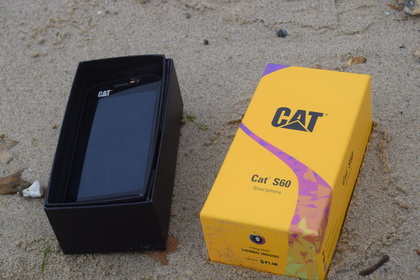 It is hands down the most life proof (read Kate proof) phone I have ever used. I adore it. So much so that I was sad to see it go back to them in the post today!​I miss you already…

This is the first phone with a built in thermal imaging camera. I had a play with this, and it’s amazing. Personally, I don’t have a major use for it, I took selfies, obviously… Then again I am also not the target market for this phone. I let my brother have a play on it though, and he said that as a yacht skipper he could see a million uses for it, not least if someone ends up in the water! Also handy if you want Predator vision, it’s a cool little gizmo anyway. It definitely shows how hot your mouth gets after a cup of tea!

The phone is drop proof from up to 1.8 meters. I can vouch for this, as in my usual Kate-like way I managed to drop it, I was so amazed that I then dropped it again, intentionally, and there wasn’t even a scratch. It is superb. I believe they said it has super strength Gorilla Glass and so that is always a good thing.

That being said, there is a reason this phone is so ‘rugged’ and that is that it’s quite large and fairly heavy.Personally, I like having a bigger phone, I have the Sony Xperia Z3, but if you were looking for a lightweight phone, this is not it. It’s not a bad thing, and not a major criticism, but I guess for all of the amazing gadgets this phone has, it’s worth it.  The phone is very quick, very efficient and Android Marshmallow comes as standard (a bonus in my eyes). It also has a 3,800 mAh battery, which lasted me just over 2 days without needing a charge. Perfect for those of us who plug phones in and forget to turn the switch on *ahem*

One of my favourite things about the S60 was the ‘SOS’ button. Something I’ve not seen before!

If you press and hold the red button, it sends a message with your current GPS coordinates to a contact of your choosing… Very clever little gadget.

Let me take a…

The camera on this phone is not as good as some other smart phones out there, but this is designed to be a utility phone and so there’s no real problem with that. I took a few photos with it, and I was happy enough.
​It even took a good selfie…

I spend a lot of time in and around water, so this is a very handy aspect of the phone. It’s waterproof to 2m, and if you flick the two gold switches on the front then this changes the pressure inside the phone and it’s then waterproof to 5m. I tested this feature at the beach a couple of weeks ago, as you can see in the above video and can 100% vouch for this. I also liked the speaker drying function the phone has after being in water for a prolonged period of time. Maybe this comes as standard with waterproof phones, but I’d not seen it before, and it is a great little feature.

The S60 is not what I would pick as a first choice of smartphone, but as I said I am not the target market necessarily… or so I thought.

After using it for a couple of weeks, I am in love with it. My brother is thinking of buying one, and I can see why, it has so many uses and features. I’m not a tech-y person, so there are probably more interesting features to those of you who are, but these were my favourites!

If you want to read more about the S60, then view the specs online here.

The S60 retails for around £529, which seems a lot, but if you factor in the cost every time you drop your smartphone or send it for a swim, it suddenly becomes very economical.

​I would definitely choose this phone for all of my adventures and travels anyway!

*I was given the S60 to review for Bullitt Group but as ever all views are my own!