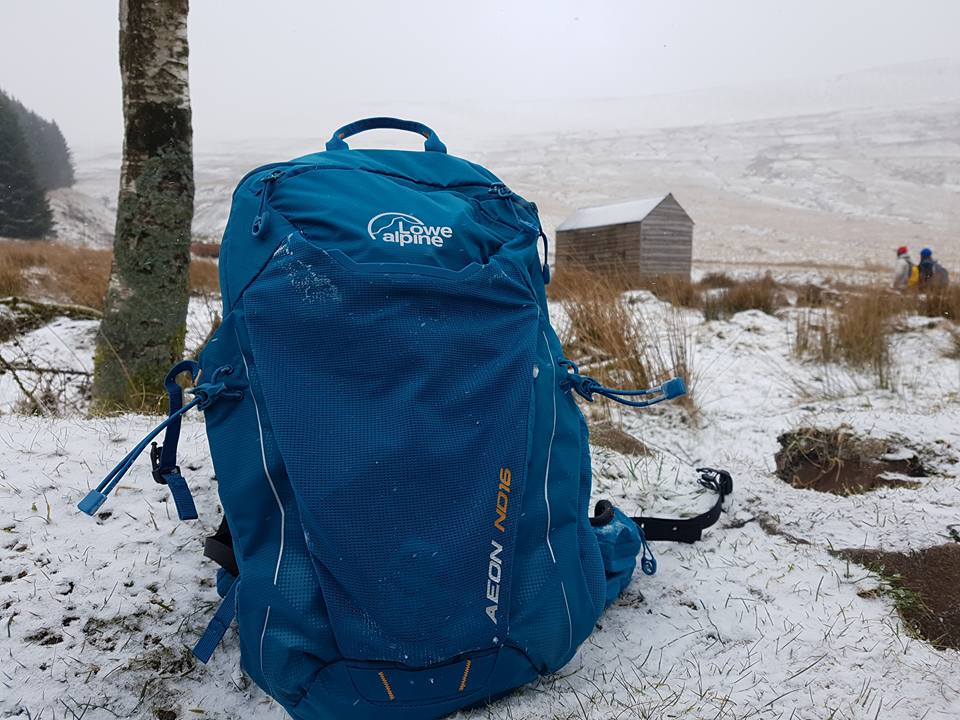 Lowe Alpine are my favourite outdoor pack brand, hands down. I have used a number of others over the years; some too heavy, some uncomfortable, some (a certain bird name related brand *ahem*) just had too many extra parts. I’m a firm believer in keeping things simple, especially if you’re ever going to need to fiddle about with moving parts in bad weather.

It turned out that this is far more versatile than I ever gave it credit for initially… The perfect multi activity pack.

I initially thought I’d use it for cycling to and from work, as it’s light and small, but actually ended up using it in the snow earlier in the year, before I ever took it cycling. On a Friday night after work in March, I drove to the Brecon Beacons for a little car camp, followed by a sunrise summit, before the snow hit later that morning. The weather had other plans, however, and the snow arrived sooner than anticipated.

That being said, I still had everything I needed in this ‘tiny’ bag. Believe it or not, in the above photo, there is a spare fleece/gloves/socks/hat, water, a first aid kit, my map, compass, a head torch. snacks, a bottle with hot tea in, waterproof trousers, my camera, microspikes, and an orange survival bag. Ordinarily, I would take a lot more, and it would be in my Lowe Alpine Ascent pack, but the walk up and down Pen y Fan is not that taxing (for me) and my route that day was very simple.

This bag is perfectly sized for short walks in summer, or lower level winter walks as well as cycling, commuting, dragging books and a laptop to university or even just going away for a weekend (yes I can pack light!) 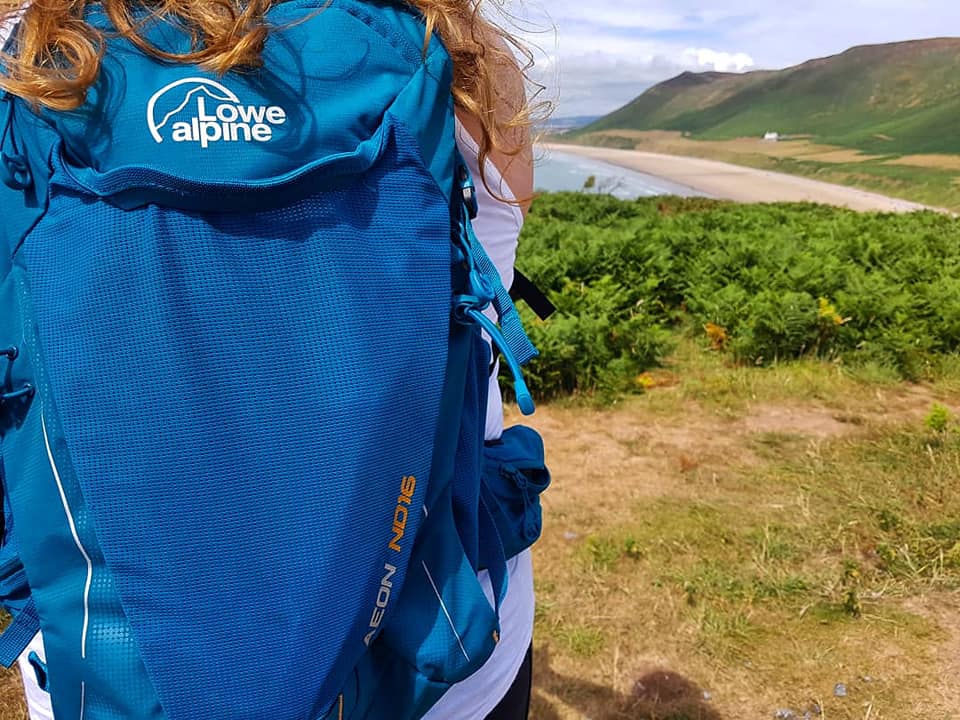 It has a wide zip entry and is made with lightweight, abrasion resistant nylon. The coating is the unique Lowe Alpine TriShield layer and it can take knocks, drags, falling off your bike *ahem*, falling off your feet on ice *ahem* and handles it well, with no damage to the pack. There’s a large front stretch pocket, which I use generally for my map, there’s also an internal security pocket keeping smaller items safe, such as car keys, as well as stretch side and hip belt pockets. The pack also has the Lowe Alpine MultiLock system, so you can attach ice axes, climbing/cycling helmets and walking poles.

The AirContour back system is very simple and easy to adjust and you can also make very precise adjustments to the back length. The shoulder harness is thin, lightweight and fits the contours of your body, perfectly, meaning all the weight is spread evenly too.

One other aspect I love in the Lowe Alpine packs is this small safety detail. I’ve not seen it done by any other brands, and I am a huge fan of its inclusion! 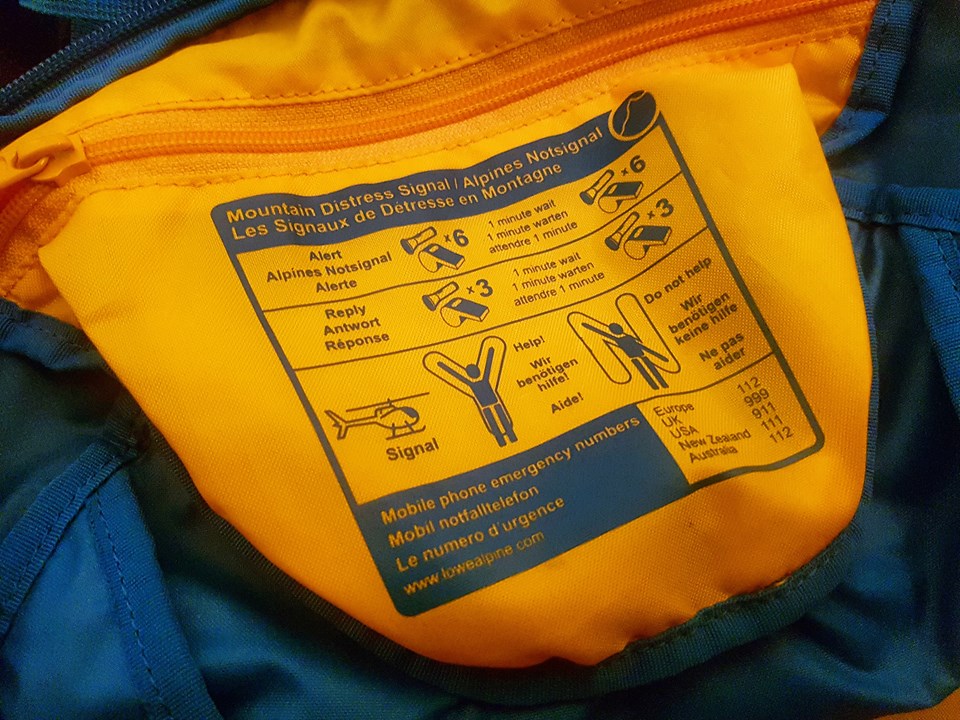 The pack, empty, weighs 0.77kg which is just incredible, and I mean basically I cannot rave about this bag enough. If you’re looking for a bag to take running, cycling, to the wall, on a plane, to work, to uni, in the hills, it is fantastic. The Aeon packs come in a variety of sizes (there is also a non female fit) with 35l being the largest. The RRP is £75 and, to me, it’s well worth that.