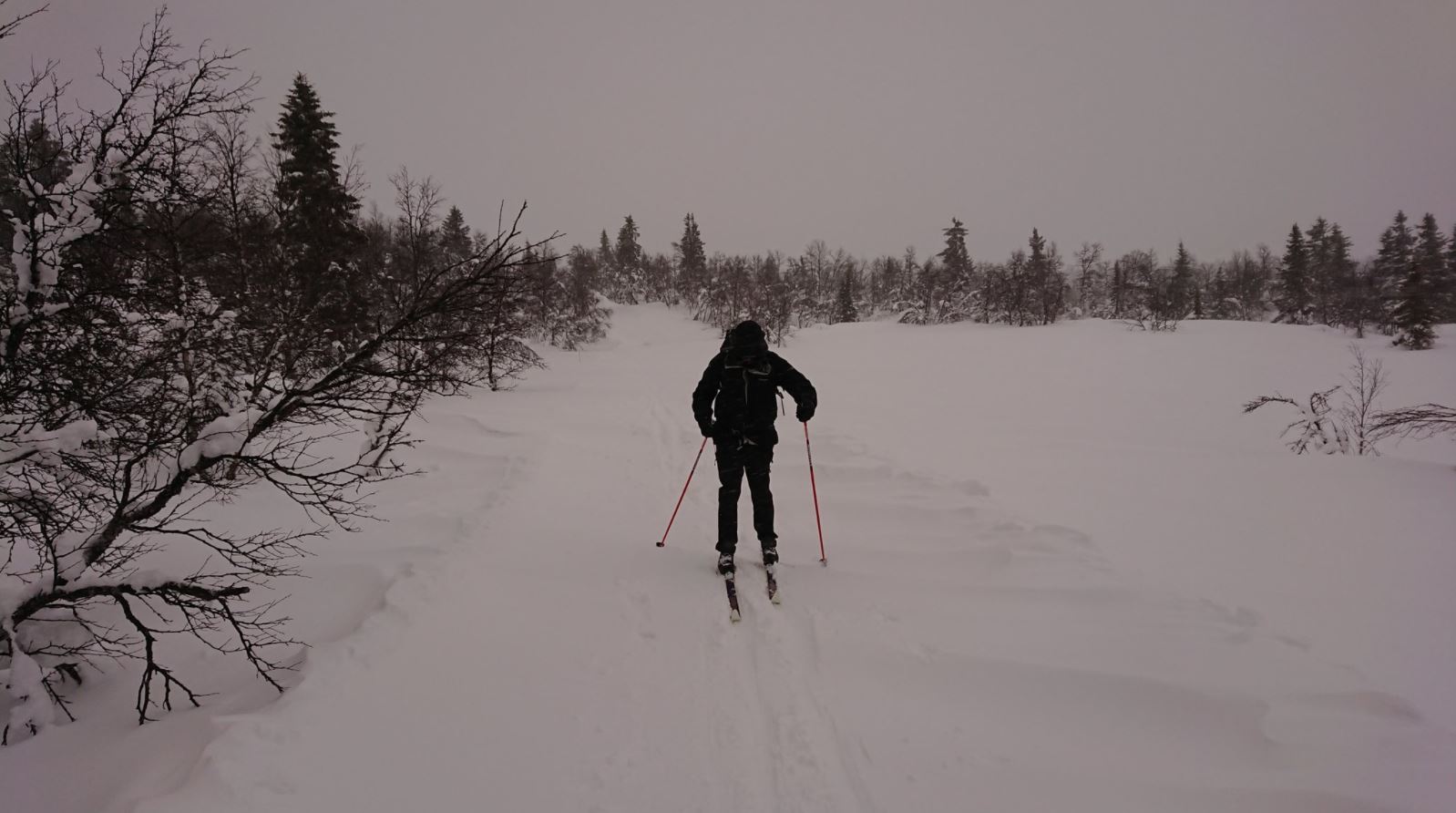 It was last year taking an old Army friend, whom I served with, through his Level Three Emergency First Aid Course we started to talk about a World War Two Special Operation I was interested in. It was the 1943 attack on the heavy water plant at Rjurkan, Norway by six Norwegian members of the Special Operations Executive (SOE) made famous by the movie ‘The Heroes Of Telemark’ and in order to halt the Germans making the atomic bomb, it was one of the most successful Special Operations of World War Two. As we were chatting away Phil mentioned that he goes to Norway each year to the Telemark area. Phil is highly qualified in bushcraft and surviving in arctic conditions, having been working in Norway since 1983 with the British Army. I was then asked if I fancied coming out, I immediately said ‘yes’. 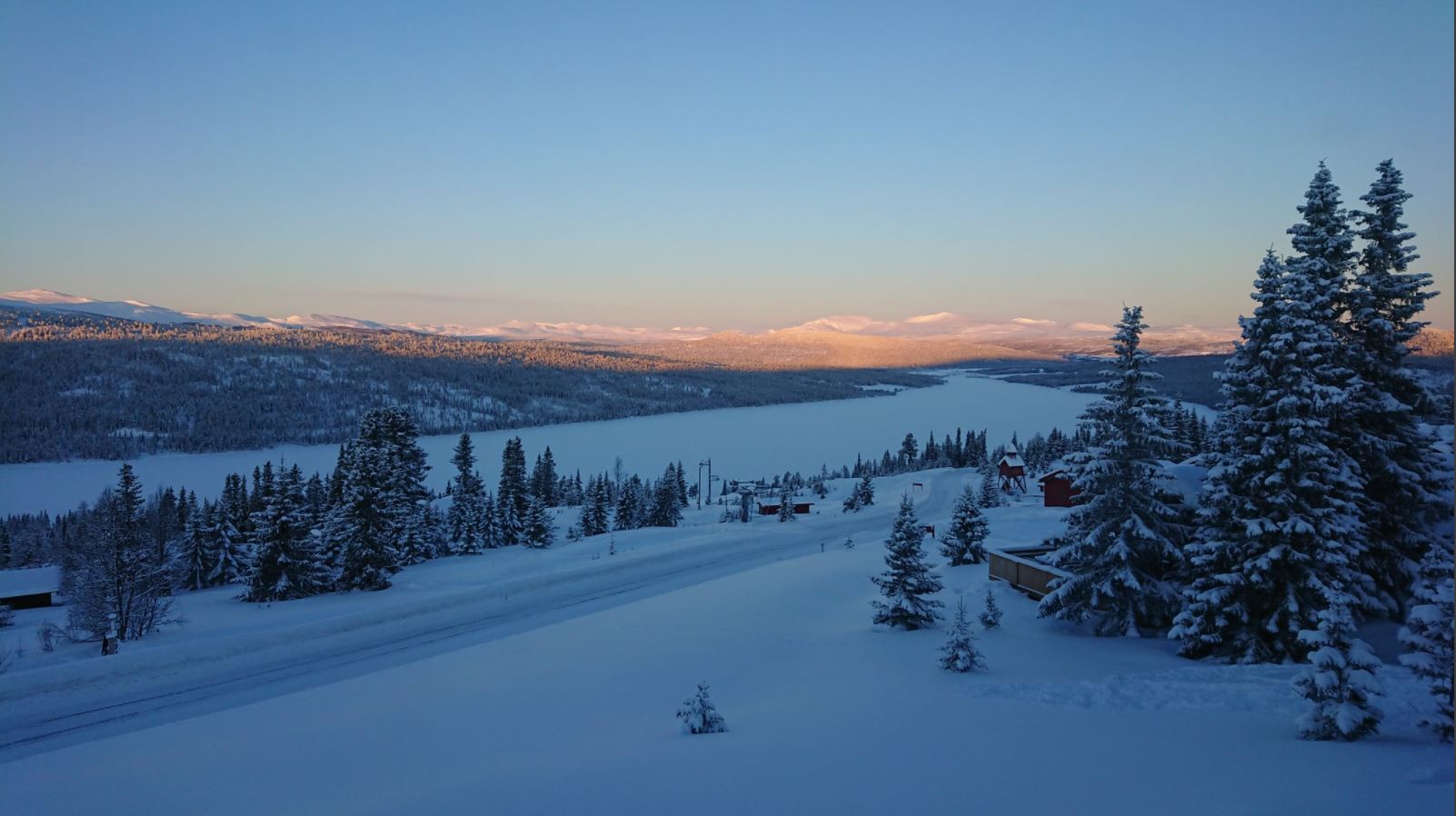 I work training people in anything from basic first aid to catastrophic bleed management, also working as a remote areas medic. Apart from working in the UK in the mountainous regions of Wales and Scotland, most of my work has taken me to the desert; Algeria, Tunisia, the UAE, Qatar, Egypt and Iraq. This would be the first in an arctic region.

Tenth of February this year I arrived at Oslo Airport to meet Phil and some Danish friends of his, to travel to a place in the Norwegian wilderness called Gala, a six hour journey from Oslo in the car.

Sunday morning was getting used to cross country skiing, something I had not done since I was in Austria in 1996!!!! 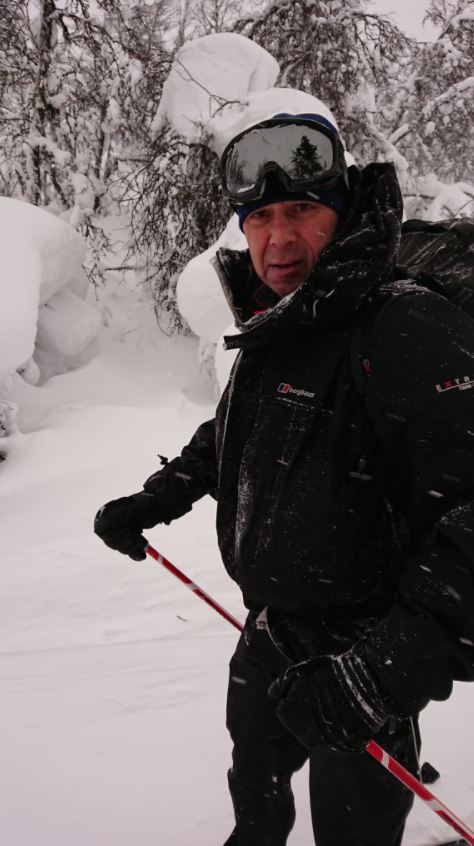 This was my first trip to Norway, to me it is a beautiful country, but a truly hostile environment to work in.

Through Phil and Jan (a member of the Danish Army), over the next seven days I was taught how to work in this cold environment and also taught basic survival skills. For them both I ran my first cold weather Level Three Outdoor First Aid Course.

When you work in this area, either or an expedition or just cross country skiing, you have to make sure your clothing and equipment is in top order, also yourself.

For this I am now going to put down bullet points under the headings on how best to work in this condition, to some of you, you may know this, to others it may help you… 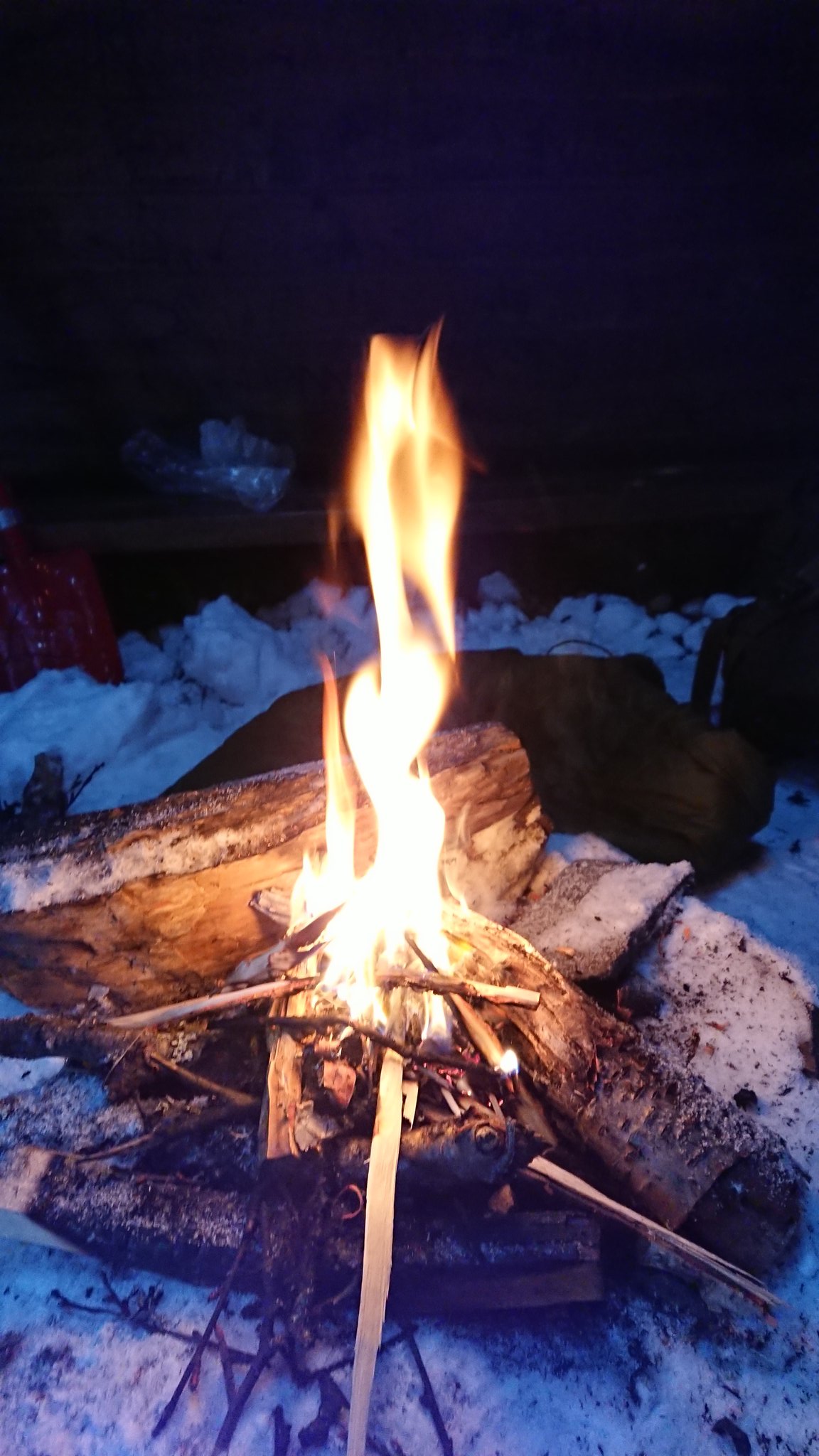 One of the many tips that Phil taught me, from when he was working with the Norwegian Army in the 80’s, was that on the way back to camp they would slow down skiing so that they did not cool down too fast and then sweat to cause a chill. All these lessons are valuable In this harsh environment, if you fail to take advice from the people who are experts, then you will suffer severe consequences.

As we were skiing along (especially on the Thursday when the weather was horrendous) you are looking for places to make emergency shelters should a medical emergency arise. Treating a casualty with a fractured leg, you have to consider not just the fractured leg but, hypothermia setting in. Do you build a shelter to await medical evacuation or make an improvised stretcher to carry the casualty to a suitable place where helicopter evacuation can be brought in. Medical conditions such as asthma can be severe in cold environments due to the cold air affecting the lungs. In these environments it is advisable to always carry a comprehensive first aid kit, I recommend highly the Mountain Leader First Aid Kit from Lifesystems. I am sometimes shocked as to how many people go into the mountains without having a hearty breakfast, you are burning up calories and you are also more likely to start going down with hypothermia, which can be fatal. Prevention is better than cure, hot meals at all moments. 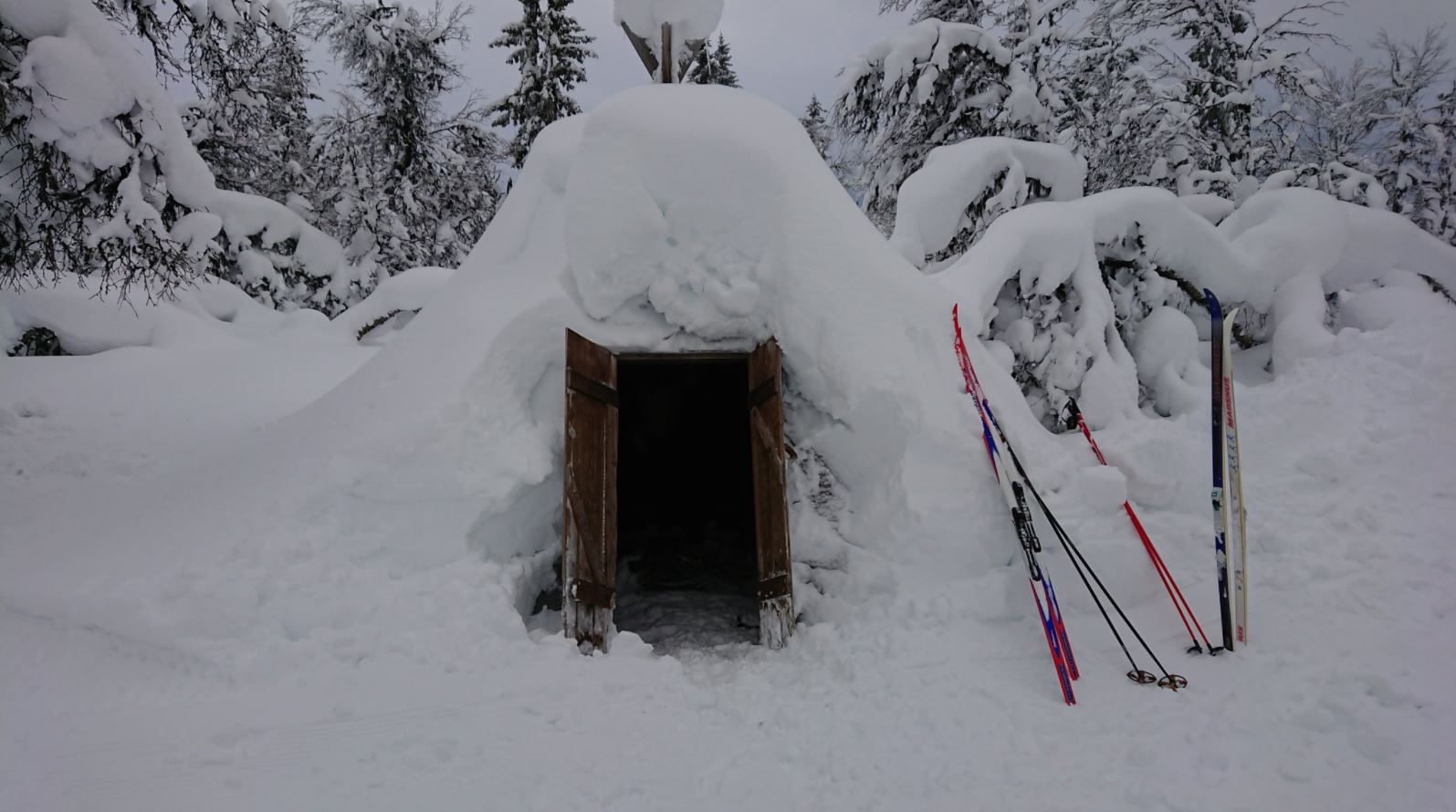 One of the things you will find in Norway in the wilderness are Lavuu Shelters, where you can build a fire inside to keep warm. These shelters are marked on the maps, so always good to note where they are on the tracks for not only an emergency but also a break or for shelter from the snow.

One of the things Phil and Jan taught me was how to make a fire, an important part of survival (the others being food, water, shelter and a positive mental attitude).

Traditional methods were used, including a flint and steel. If you watch Ray Mears and Bear Grylls it takes minutes but when it’s cold, the wood is frozen, you have been outside getting strips of silver birch and “old man’s beard “ off the trees when it’s snowing, blowing a gale and your feet are getting like blocks of ice it’s a lot different, it takes ages!

Fire is great for morale, drying out wet gloves you’ve dropped in the snow, thawing out after you’ve fallen over, wasted energy getting up and got frustrated and getting your feet warm again after you’ve stopped cross country skiing.

Equipment To Carry In Your DaySack 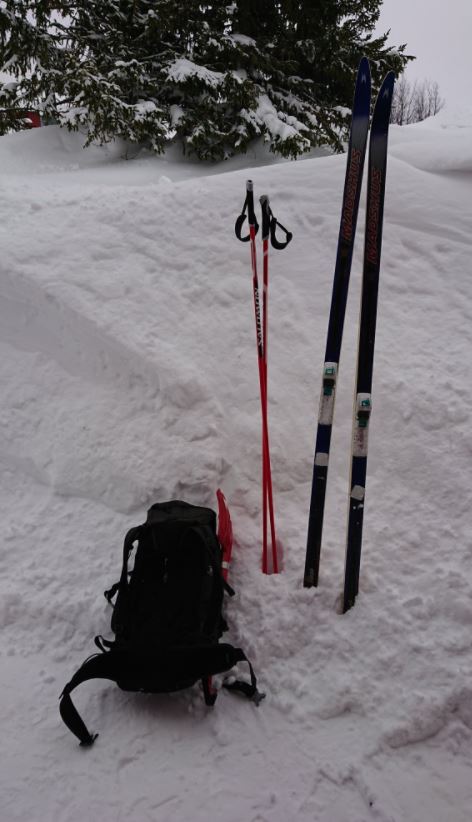 My experience in Norway was fantastic. I learned loads about working in such an environment and self administration, from how to cope with emergencies out there and how to treat casualties in a cold weather environment.

I will admit I found the cross country skiing hard work, well, especially the downhill bit with a pack on!

Unfortunately I could not get to the heavy water plant from where I was, it was during my training out here I was thinking that on February 17th, 1943 the six Norwegian SOE Saboteurs parachuted into what was the worst winter in years and had to ski to their target through snow storms, not using the modern gear we have today.

Next for me is to travel to Scotland to Drumintoul Lodge in the Cairngorms to see where they trained for the operation, walking the hills in period dress, then to follow in the route of the saboteurs in Norway, both this summer, then next year on the 76th anniversary.

This week’s post comes courtesy of Julian Woodall, a lover of the outdoors and a remote areas medic.
Follow him below!