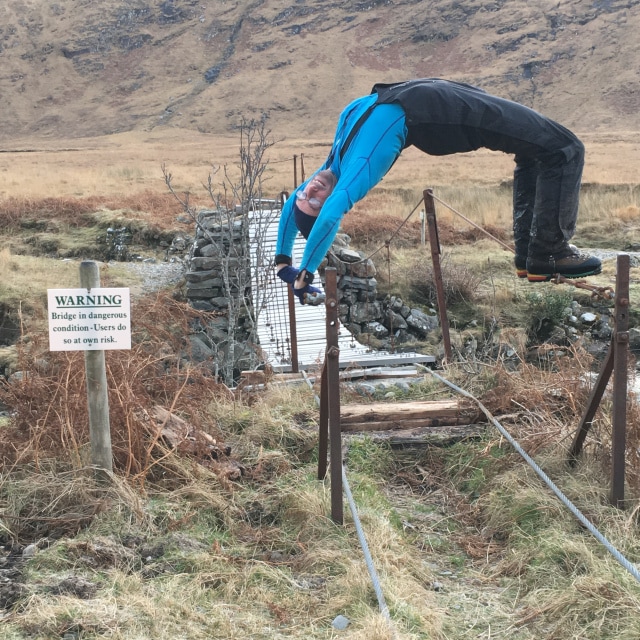 30th January 2017 admin Leave a comment
Although we were both enthralled by the almanac of munros published by the Scottish Mountaineering Council in 1985, neither of us had set about doing the munros with any kind of order or organisation until many years later. Instead we collected memories; rich shared experiences of adventures that remain vivid and enduring to us.  Many munros were climbed multiple times before we thought to make it ‘a project’.
​
That point – when it becomes ‘a project’ – came for Jim when he had done about 210 munros and was living in Milan!Over the last 7 years Jim has been living in Milan, teaching English and doing translating work. In recent years he has felt the urge to finish the munros. The call to action normally comes as an email or text telling me (and our friend John) he’s booked a flight to Scotland and were we free:“Just to let you know I’ve booked a flight to Edinburgh for Friday, December 2nd. Flight back Wednesday 7th midday. Interested in a 4 day expedition?”
or
“I’ve got car hire from the 1st of Jan to the 8th from Manchester airport for another nothern raid… Fancy a birthday outing? Of course I’m thinking Knoydart.”The trips have invariably been in December and January when Jim has more time off, or sometimes in August when the Milanese take a month off and head to the seaside!

“You know how I like to exaggerate” Jim said, piling a heap of coal and wood on the bothy fire. More is best is often Jim’s approach, particularly when the outdoors are concerned. When everyone else is tired and ready to go home, when the sun has set and darkness looms, Jim is reliably eager for one more hill, one more climb. His enthusiasm and passion for hills has never waned.
​
So with limited time, an ambitious itinerary and winter to contend with our trips north have been eventful. After years spent in the hills together I’ve come to the conclusion that Jim must have a low pain threshold. He never seems to show tiredness or discomfort. Recent winter trips to do munros have left me exhausted, battered by the wind and in agony from carrying a ridiculous weight of coal to the bothy. But Jim remains poised and unaffected by the hardship. Jim’s approach to fitness: “No time for running, but the simple rule of bike, and stairs not lifts, keeps me in reasonable shape.”

​It baffles me how he does it! 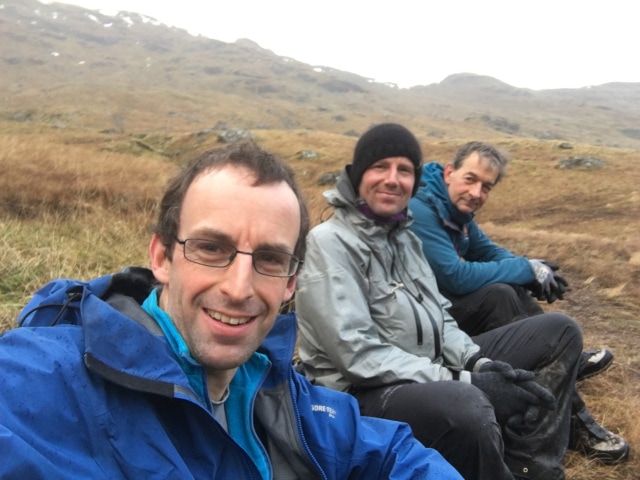 Jim’s first munro was Ben Nevis, climbed with his Dad in 1985. 30 years on he’s done 242. Recent munro-bagging expeditions from Milan have tidied up everything south of the great Glen, Knoydart, Seana Bhraigh and the Beinn Dearg munros. What remains are the Glen Shiel, Affric, Mullardoch and Strathfarrar munros, the In Pin on Skye and the four farthest north munros: Hope, Kilbreak, Ben More Assynt and Conival. Ben Hope’s to be the last, he says. Despite the long drive, Ben Hope will make for a good last munro: pretty easy for friends and family do to and the prospect of looking south and seeing all those hills you’ve climbed and the memories they bring back will be pretty special.
​
Among those on his last munro will be Maria, his daughter. Aged 7, Maria has joined us on quite a few munros, including my last munro, Ben Sgritheall in 2013. Although she gets carried on her dad’s shoulders from time to time, Maria does amazingly well in the hills, chattering and singing away in Italian and more often than not, running down the hill holding onto her dad’s hand.

As for the In Pin, Scotland’s hardest munro (requiring some rock-climbing), Jim will relish it. Jim is an accomplished climber, leading at E4 6a. He climbs with precision, elegance and a very cool head. It’s been a great pleasure to share Jim’s munro-bagging journey, along with all the off-piste skiing, bivvys, alpine peaks and climbs that have interspersed it and drawn it out to a 30 year-long adventure.

Recently Jim told me of a memory from doing Ben Nevis, his first munro: “coming down the final slopes into Glen Nevis late in the afternoon some folk coming up the way asked if they were near the top.” Jim continued “a good metephor for how not to approach munro-bagging”. In other words take your time and don’t think too much about reaching the end, because there’s so much to enjoy getting there.

​Maybe 2017 will be the last year with only 40 to go. But maybe it would be as well making them last a few more years yet. I’ll have to wait and see. 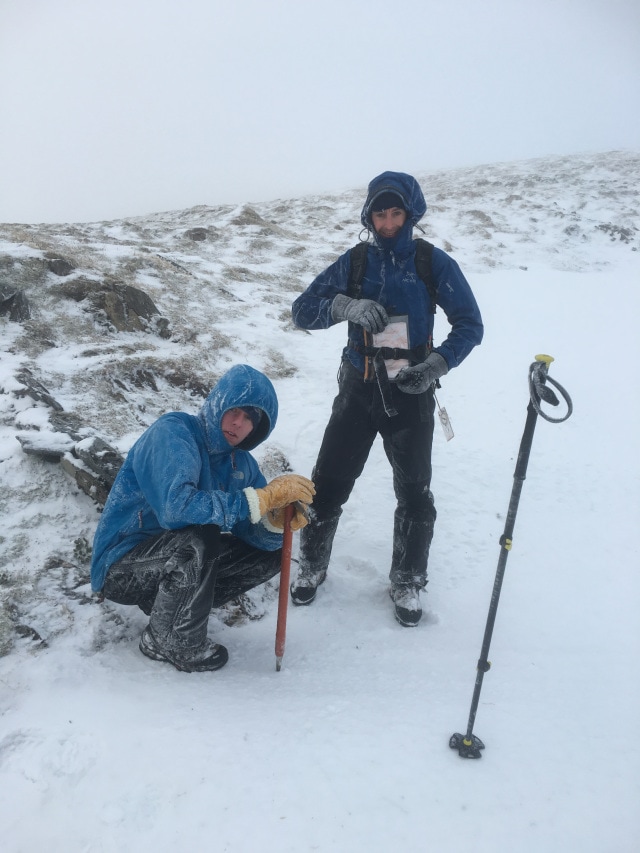