Whatever name you know it by, you will likely know it as the highest mountain in Western Europe.

​Sitting at 4,808m, on the border of France and Italy, in the Graian Alps, it’s one of the most popular mountains to climb.

Around 20,000 people attempt to summit each year. Despite this, it’s by no means  considered an easy feat… there have been 6,000-8,000 fatalities in total, more than any other mountain in the world.

The first ascent of Mont Blanc was on the 8th of August 1786 and arguably marked the start of modern mountaineering, but in August this year a team will reach the summit of Mont Blanc to raise money for the Duke of Edinburgh’s Award…

The Duke of Edinburgh’s Award

I wrote a long shiny post, giving all of the love to the D of E Award and exalting its praises – here – but to reiterate, I think it’s an incredible scheme to get involved with.

As a Silver Award holder, I know first hand the benefits it gives those who participate. ​I’d be nowhere near as adventurous without it and this blog possibly wouldn’t even exist!

Skills and friends for life, confidence in your abilities, the opportunity to volunteer and give back, as well as the chance to learn new things and get a bit muddy whilst doing so!

Your teenage years shape you as a person and I am all in favour of the push to get more of these amazing young people taking part in the Award, achieving what they once perhaps thought was not available to them.

​It quite literally turns lives around, creating role models for others within schools and communities.

Of course, a huge part of making the Award available to everyone is funding.

The Duke of Edinburgh Award is a charity. All donations lower the cost for participants and assist the volunteers who run the schemes around the country in their work of training and inspiring these incredible young people, letting them push their comfort zones and, for many of them, experiencing their first taste of adventure.

Maybe even inspiring some of them to climb literal or metaphorical mountains! 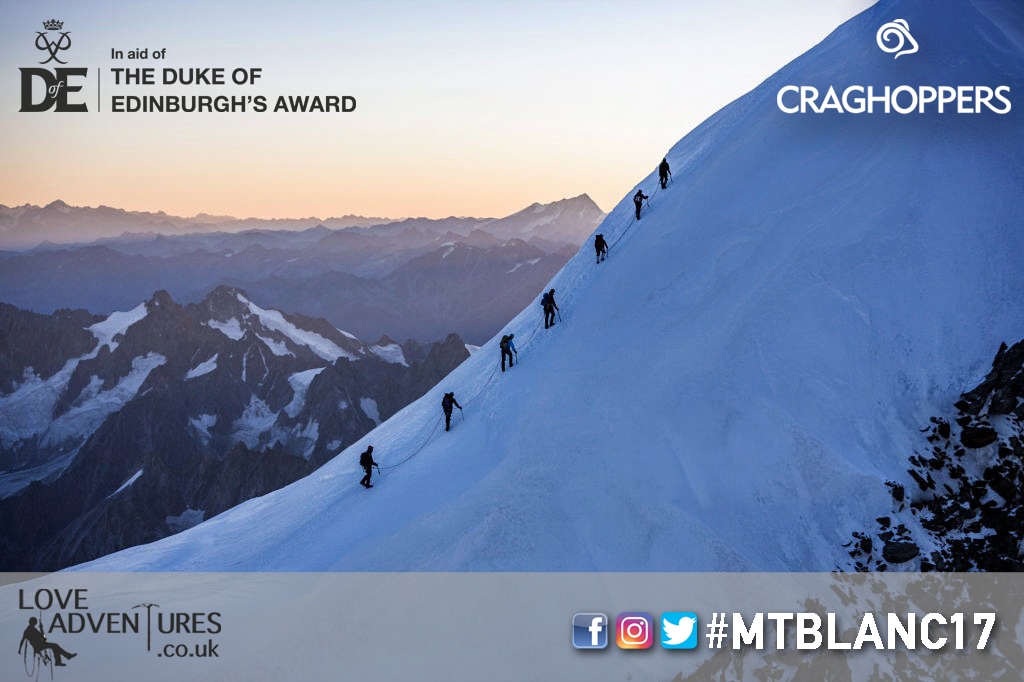 The team due to climb Mont Blanc in August will be led by David Love from LoveAdventures. They’re aiming to raise both awareness and funds for the Duke of Edinburgh Award scheme, as well as to inspire the next generation of participants to put their skills to the test upon completion!

​I was able to see David speak at the Duke of Edinburgh Awards in London the week before last and it was great to see so many young people enthused about adventure, that’s what it’s all about after all!

​Who knows, maybe they too will climb Mont Blanc one day.

​I asked David for his thoughts on the Duke of Edinburgh’s Award.

I wanted to do the D of E Award, not because it was something to look good on my CV, but because I was inspired by those who had completed the Award before me.

In them, I saw a group of young people that were remarkably confident, had succeeded against adversity and were now clearly destined for great things.  All of which I was lacking at the time!  If nothing else, they had some really amazing stories to tell!

​Now an Award holder myself, I can safely say I wouldn’t be a fraction of the person I am today without the DofE. It taught me compassion and empathy for others, the environment and the community.  It taught me to never give up and to keep pushing the boundaries of my comfort zone.  And it taught me that even the most ordinary individuals can do the most extraordinary of things.  And of course, I now have a few stories of my own to inspire the next generation of leaders and adventurers.

On the subject of amazing stories?

If nothing else they show you how much fun everyone has on their expeditions, even if some of that fun is of the Type II variety! 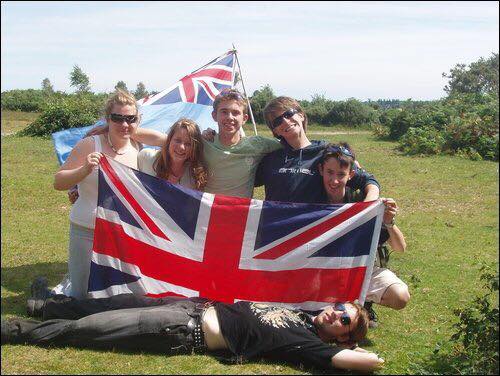 None of us took a camera on our D of E expedition, but my friend Holly kindly sent me this photo of a few of my friends on their expedition in the New Forest!
On Bronze, I got stuck in a bog and was hip deep in it, had to lay down to be pulled out. On Silver, luckily on the practice hike, I fell over and broke my ankle. Refused to stop and take off my boot and carried on walking, finally couldn’t walk any more 3 days later and was taken to A&E, they took my boot of and my ankle was now at least 4 bright blue ankles. Managed to get it bandaged and stuffed it back into my boot to finish the next day. We went to Purbeck and it rained so much that my waterproofs stopped being waterproof. Our camp site was a lake and we slept in tents an inch deep in water. We actually had genuine trench foot by the time we got home! After all that, I would do it all again! (Minus the ankle) – Georgie 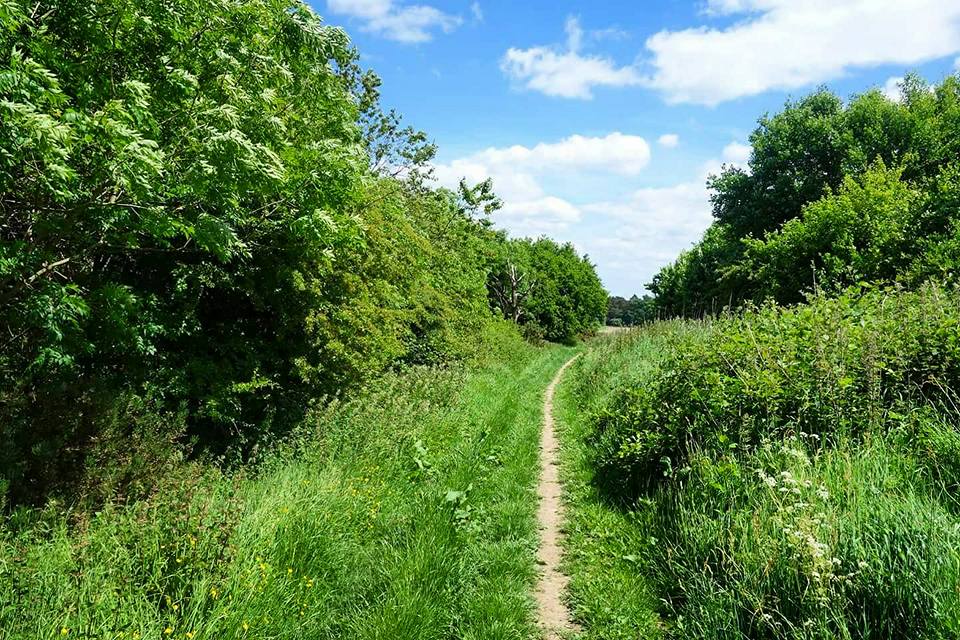 One of the other team members climbing Mont Blanc, Tom Kendall, was also happy to tell me his thoughts on the Award and why it’s so important to help raise funds for the charity and help more young people get involved!

I’m raising money for the Duke of Edinburgh’s Award as I think it’s really important that young people have every opportunity to realise their potential.

​Adventuring and exploring lead us to learn so much about the world, and crucially ourselves, as we demonstrate what we are all capable of. #MtBlanc17 is a great opportunity to show that positivity and hard work can lead to something fantastic – whilst fundraising for an organisation which positively affects young people’s futures.

How you can get involved!

Whilst you may imagine that this will only benefit one individual, as they grow through the award and in to the future, their actions will impact on their direct community and peer groups.​They will take this knowledge and experience with them throughout life.

​​​If you want to get involved with Mountain Monday then click here for all information!