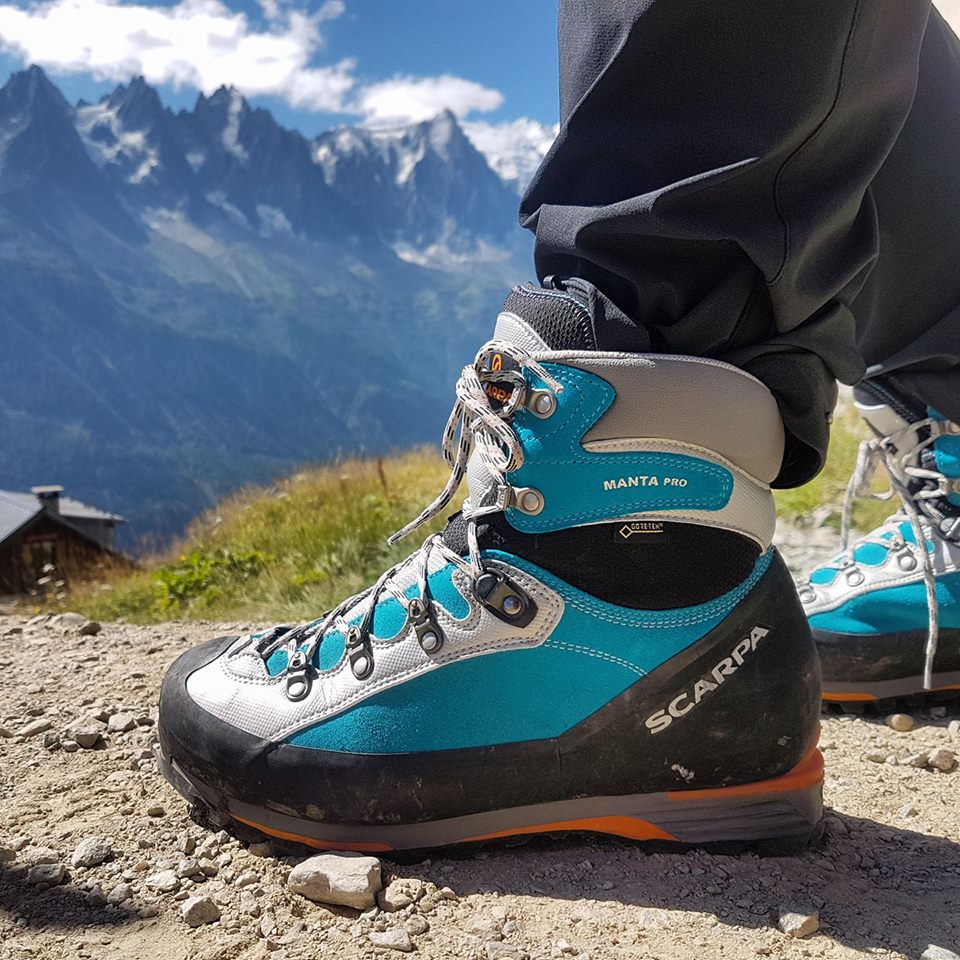 A question I’m asked regularly is what boots I wear in the hills. Honestly, it depends where I’m going… Most of the time I wear my Scarpa Peak boots, but when the terrain requires something a little more sturdy, I pick up my trusty Mantas. To be honest, I’ll wear these almost anywhere as well, because they are just fantastic.

I first bought these prior to a trip to Chamonix, as I needed some new boots, which also were rated for crampon use. I was looking at a shiny pair of La Sportivas initially, but after a friend, Love Adventures, suggested these, I thought I’d give them a go.

A good suggestion, it transpires…

I always advise trying boots on before buying, and so off I went to well and truly test them out at my local Snow + Rock at Port Solent. I was hanging off steps, jumping up and down, testing the edges, everything was covered. Eventually, after probably taking the longest time of anyone ever, I walked out of the shop with them and I’ve not looked back.

So, now for the technical part…

The Scarpa Manta has been a popular boot for many years, but Scarpa have reengineered these old favourites to make them stronger, and it clearly shows. There’s a reason the Scarpa Manta Pro GTX boots are now receiving superb reviews in so many magazines…

B2 rated, 4 season boots often get a bad reputation for being heavy, bulky and uncomfortable over long distances. I can safely say that I have found no such problems with these. 20+ miles in them and my feet were happy. The only thing I would add is that there is little to no arch support, so if that’s something you require, it may be worth finding some insoles.

The ankle has been adjusted for a more comfortable flex, but it’s still as sturdy as you would need your mountain boots to be. The classic leather is still used, but in combination with synthetic materials and a Gore-Tex lining to keep the weight down (1,380g), without reducing the performance of the boot. The outsole is lighter than previous Manta boots and provides both grip and a ‘climb zone’ at the toe for added friction on edges. The lower laces are locked using a locking D ring that undoes by pulling the lace outwards, nice and simple!

Compared to other boots I tried on, they are a little wider, especially compared to the La Sportivas. I don’t have especially wide feet, but find these have just the right amount of movement in them, with a. good roll. There are no rubbing zones or pressure points around the ankles and laces, and the only time I’ve found them at all uncomfortable was when the socks I chose were a little too thick and my toes felt compressed. My own fault, easily remedied with thinner socks.

On that note, these also don’t make my feet overheat whatsoever, another bad reputation given to the B2’s. Below zero my feet were very comfortable and they’re incredibly waterproof. 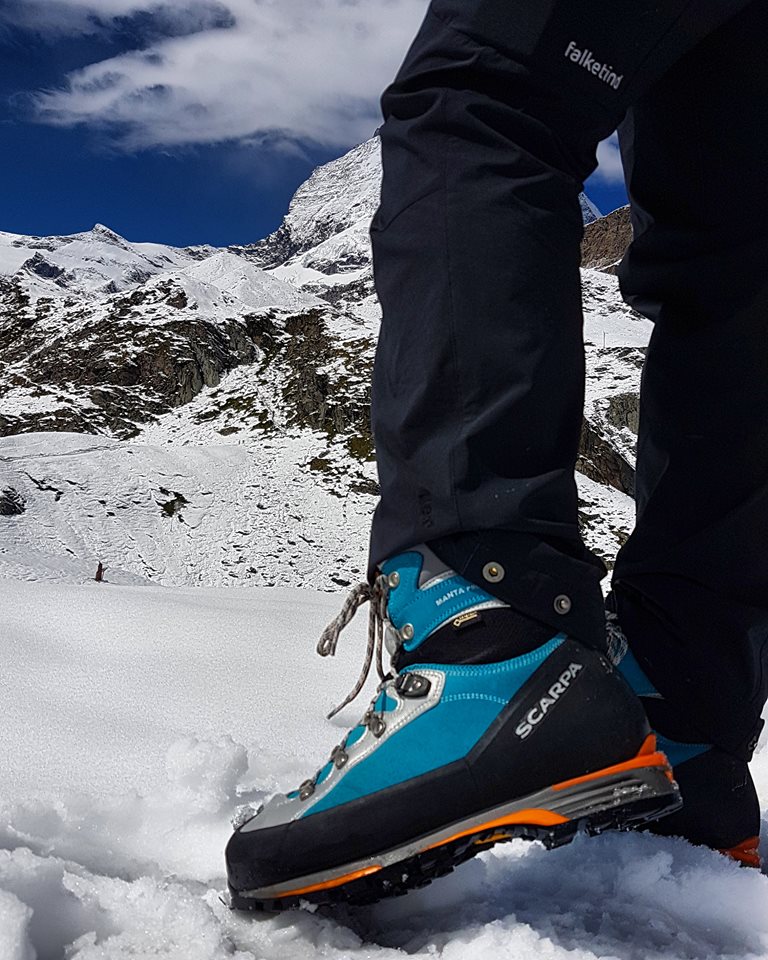 They fit my Grivel G12’s perfectly and with no dramas whatsoever. Very solid, very happy, and no loosening. They’re bulky enough to make you feel sturdy on scree (something I need after my injury induced phobia of the devil rock)  but they’re also great in powder and you can just tap it all off with your axe when you need to. The sole stiffness is rated at B2, which is perfectly fine for all mountain activities and, whilst I’ve only used mine for scrambling and lower alpine peaks, I know people who have said that they’re precise enough for use climbing, too. Not so grippy on ice, but then what footwear is?

I don’t hesitate to give these top marks, if asked, and would recommend them to absolutely anyone  looking for a sturdier mountaineering boot. They are comfortable, do what they’re supposed to do and they look good, too.

At £300, they’re not cheap but, as with anything, I believe you get what you pay for, and I am very happy I paid for these!

For a review of the male version of this boot, head over to Love Adventures.