To mark the release of Jonny Muir’s The Mountains are Calling: Running in the High Places of Scotland this week, today’s Mountain Monday post is an extract from his book. The Mountains are Calling tells the story of hill running, starting from its origins in 11th century Scotland, and celebrates the culture, the history and people who characterise a sport celebrated for its hardness and resistance to commercialism.

As part of a chapter exploring the motivation of people who run in the Scottish mountains, Jonny recounts his own experience as part of a group of three clubmates in a five-hour run across the ridges of the snow and wind-lashed Pentland Hills. 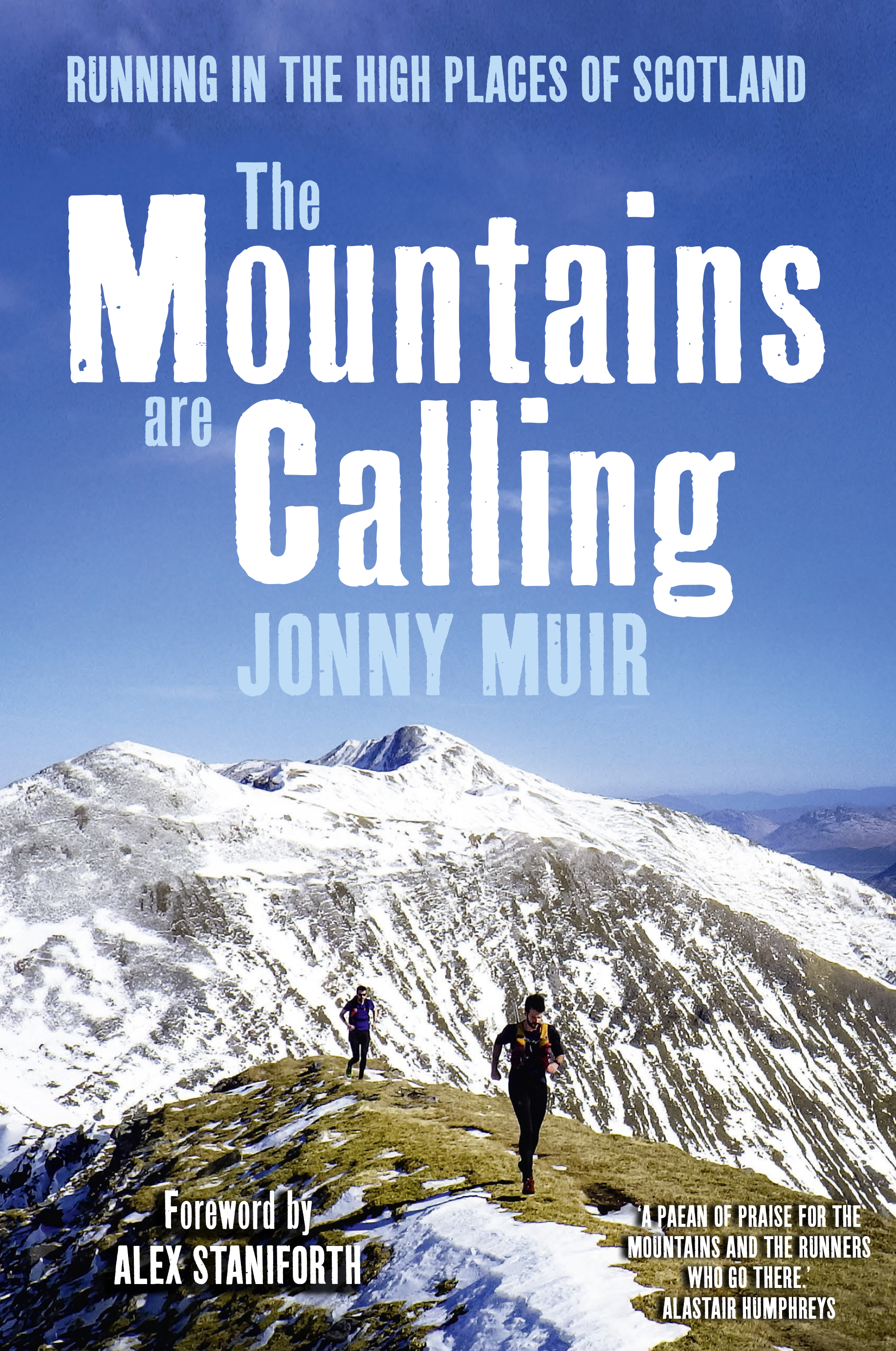 It is dusk when we climb onto the white slopes of Mount Maw. We had left the Borders village of West Linton twenty minutes earlier, running single file on a twisting track in the woods above Baddinsgill Burn, before following a road and then farm tracks that were beginning to refreeze as night beckoned.

Ross Christie leads, breaking trail, puncturing a pristine carpet with every lift of a knee. We run sporadically, until the movement is impossible. In drifting snow, we wade, thigh-deep, to a wind-hounded summit. Ross and John Ryan are running to Hillend, a further fifteen miles away. I am running home, some seventeen miles distant. The idea suddenly strikes me as preposterous: it has just taken twenty minutes to cover a single mile. The next summit, The Mount, is a further mile away, across a broad ridge laden with snow.

We flail forwards into darkness and chaotic spindrift. Spilling over the top of The Mount, the others follow me. I have no idea where I am going. I have been here once before – on a fine, clear summer’s morning when The Mount was a benign place. Right now, I could be anywhere, in any mountain range on Earth. We drop into a void, John shouting at last when he recognises the dull outline of a reservoir.

It is our salvation.

From the dam, we can follow a track to the main road, pause for a drink at the Allan Ramsay Hotel in Carlops, laugh about our futile attempt to run across the night-time Pentlands in a snowstorm, then jog back to West Linton. The idea must have occurred to the others. In my mind, I am already perched on a bar stool.

We say nothing. Instead, we cross the dam and rise again, onto a second ridge, a place that seems darker and more confusing than the first, dwelling on the realisation that we are now committed to the course. We proceed north, onto West Kip, three beams of light piercing the abyss of a February night.

The rest is a muddle: the wind gathers in ferocity; my hands are bitterly cold in soaking gloves; I fall awkwardly, triggering shuddering cramp in both thighs. Climbing Castlelaw, I glance back at the stooped figure of John a little below me, like a spider clinging to a white wall. Once over the shoulder of Allermuir, Edinburgh appears, a smudge of yellow and black seen through watering eyes.

At the top of the ski slope, we split: Ross and John descend to Hillend; I scarper downhill to Swanston, along Stevenson’s Road, then onto the pavements of Morningside, stopping outside the luminous glare of a shop window. Pulling a damp £5 note from a back pocket, I smile at Nan Shepherd, and hand her over. Her words, etched on the note, had rarely seemed more appropriate: ‘It’s a great thing to get leave to live.’

Five hours after running away from West Linton, I walk up Morningside Drive, scooping haggis pie – the last remaining item on the frying racks – and chips into my mouth, feeling like the luckiest man in the world. 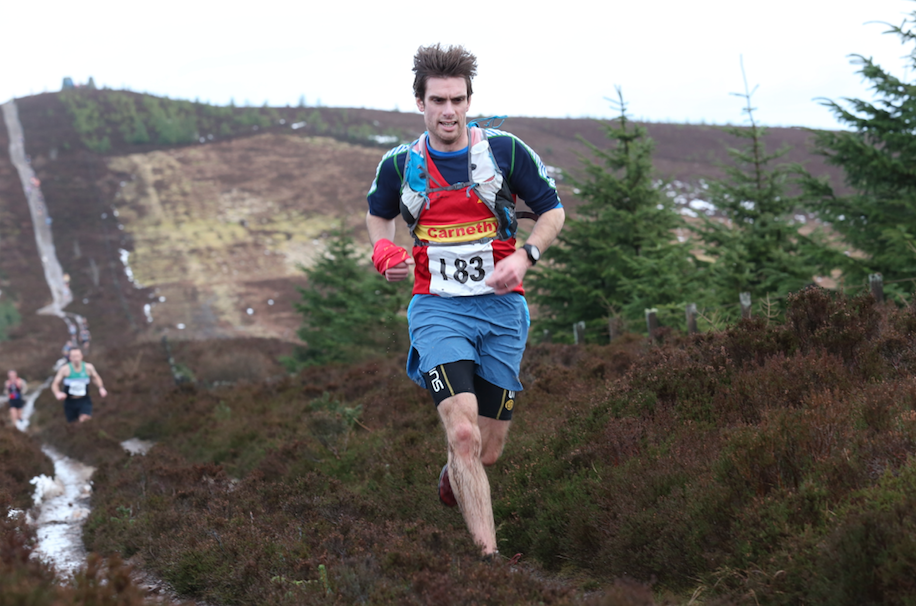 Jonny Muir is a runner, writer and teacher, and The Mountains are Calling, published by Sandstone Press, is his fourth book. A runner since his school days, Jonny ran and raced on road, track and trail before receiving a calling to the mountains. Since then, he has run extensively in the British hills and mountains, and has completed the Bob Graham Round and Ramsay’s Round.