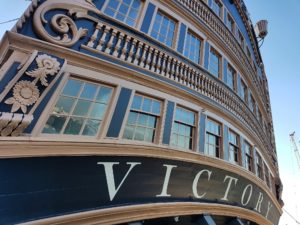 I try to make naval history less about paragraphs and more about engaging people.

There are academic people and books out there, and they're amazing, but I want naval history to reach more people.

It's not taught in schools, it's never been covered as long as I've been in the British education system and it's something many don't know a lot about.

Here are a few Twitter threads (in a slightly less serious way than many academics would like) but that have gone down quite well.

The Battle of the Nile

The Battle of Cape St. Vincent

The Battle of The Saintes

The Battle of Trafalgar