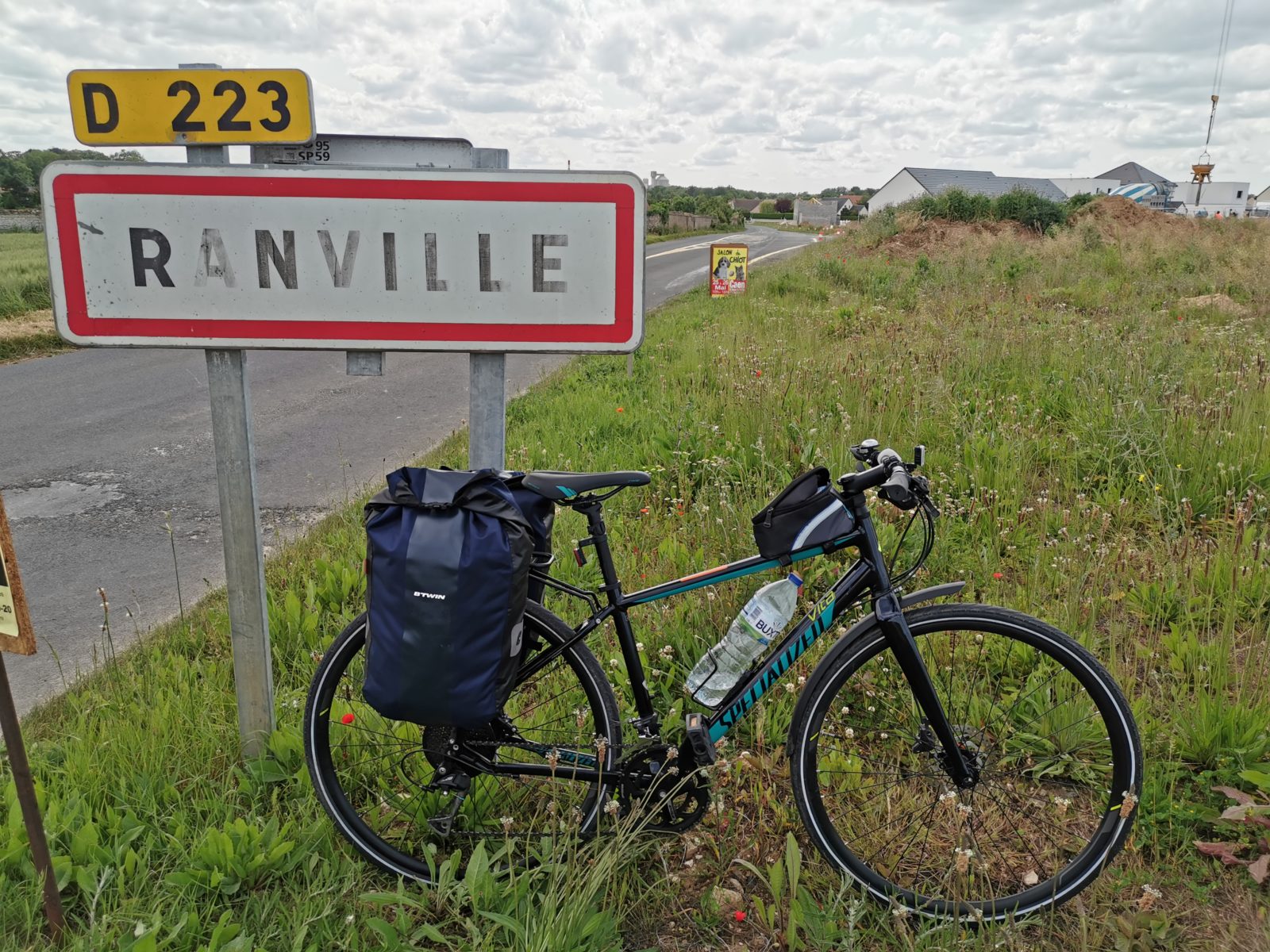 So, if you’ve read my last post, you’ll know that things didn’t quite go to plan with ferries, and it ended up with me shoved in the boot of a car, forming a new friendship with 8 pannier bags and heading from Caen to the other end of Normandy.

After a long drive, during which my mum commented, “is this actually how far we’re riding back. Are you sure about this distance?”, we finally reached our drop off – The Pont de Normandie. Not far from where my Grandad finished up his time in France for the first time, prior to heading back to Bulford.

We hopped out, thanked the driver with all the airs and graces the British can possibly afford the French and stuck our pannier bags back on, whilst grumbling about the lack of care the driver took with mum’s brand new (and now heavily scratched) bike.

We cycled round the roundabout, on what felt like the wrong side of the road at just past 7 in the morning, and rode on into Honfleur. 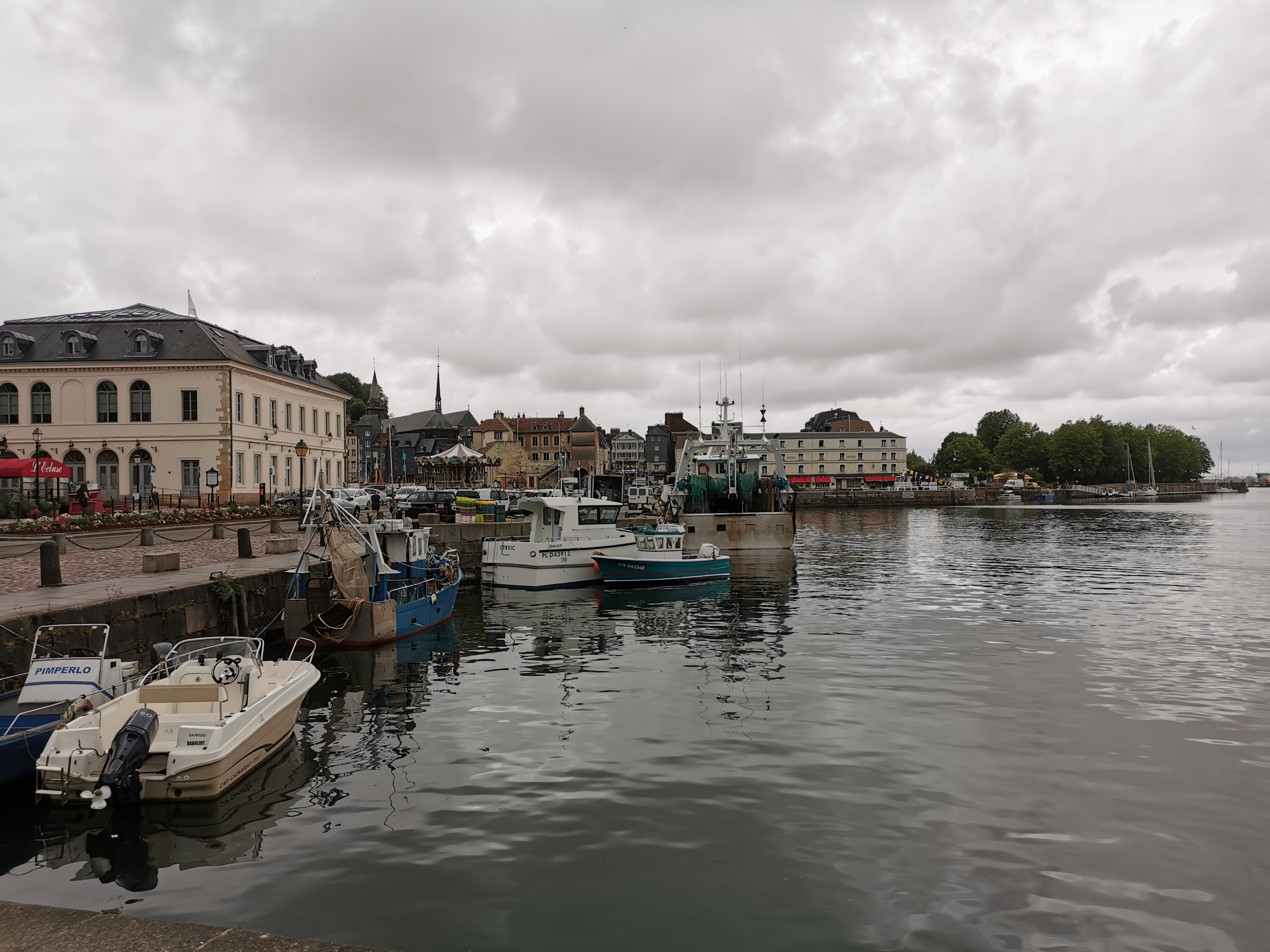 I adore Honfleur, it’s one of my favourite little towns in Normandy. Of course, usually it’s a busy little fishing harbour, filled with tourists waiting on their moules and Calvados. This isn’t the case, however, at that time in the morning and so we pushed on, past the theatre and through to our first hill of the day.

Turned out that my thoughts of Normandy being incredibly flat were, well, incredibly wrong. The hill out of Honfleur to Equemauville went on forever, or so it seemed. I eventually gave up and walked. My bags were a bit heavier than anticipated and, obviously, I wanted to see the memorial 2/3 of the way up that I definitely knew was there… Definitely. 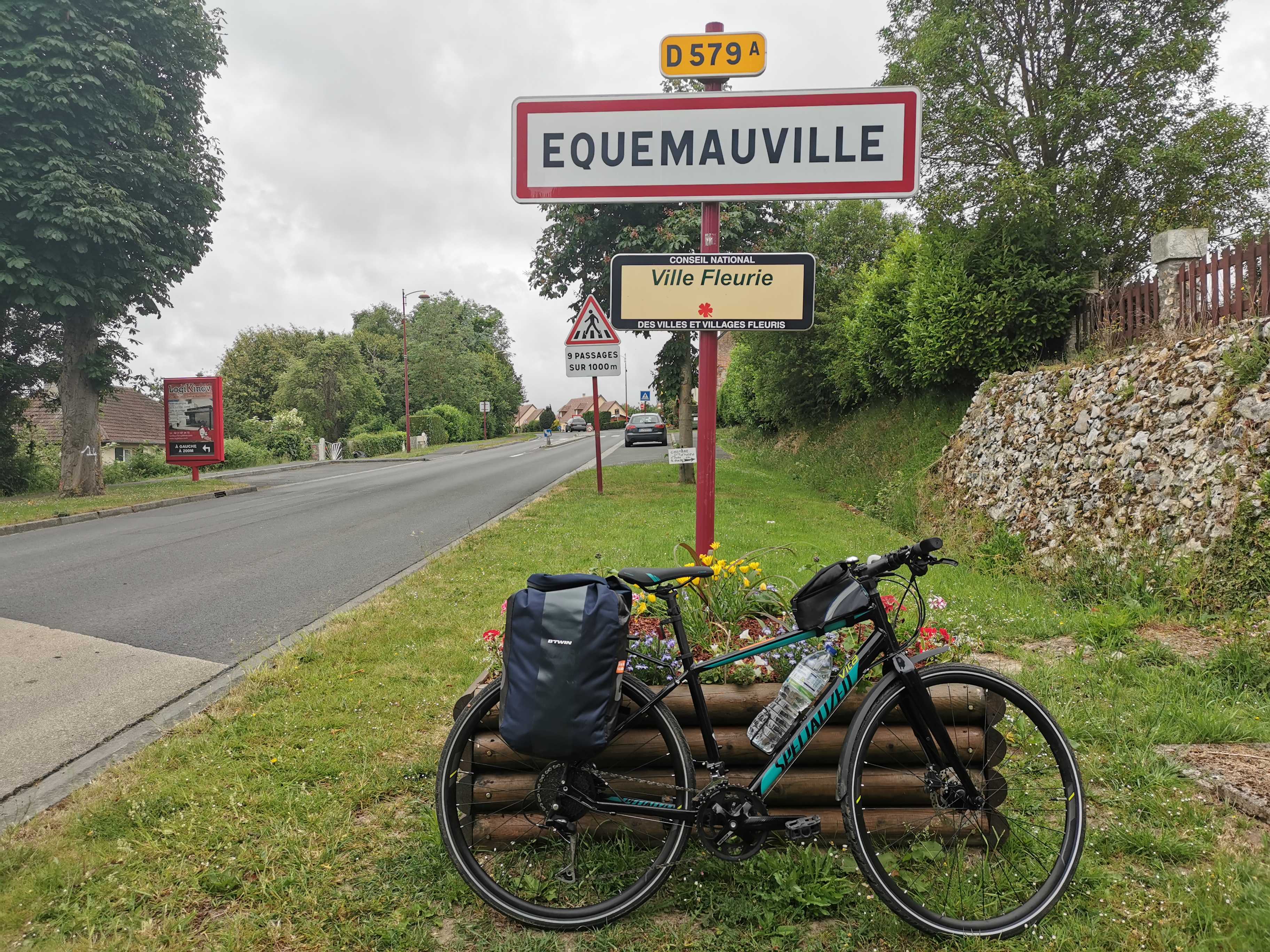 It’s hard to think of a Battalion traipsing on through to Honfleur in August of 1944 as you ride through this pretty little village, but that’s what the 12th Devons did. Battalion HQ was in the school in Honfleur. A Coy were at Hotel Bras d’Or, B Coy in Equemauville, C Coy (my Grandad) in the theatre and D Coy in the Hotel Angleterre.

From Equemauville we were bound for Touques. Famously, the bridge was taken and the town liberated by the Ox & Bucks in August 1944. A memorial to this still exists today. 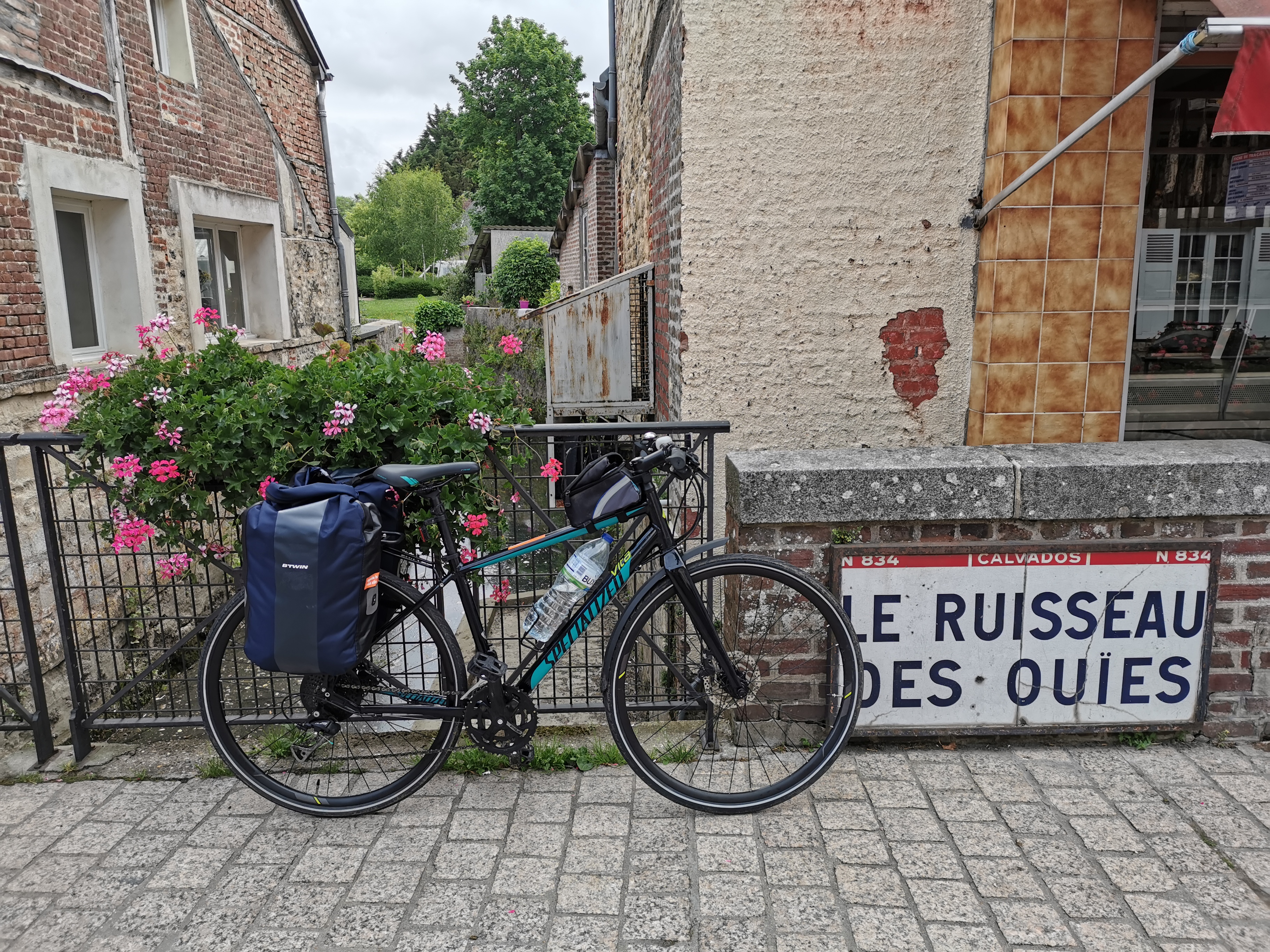 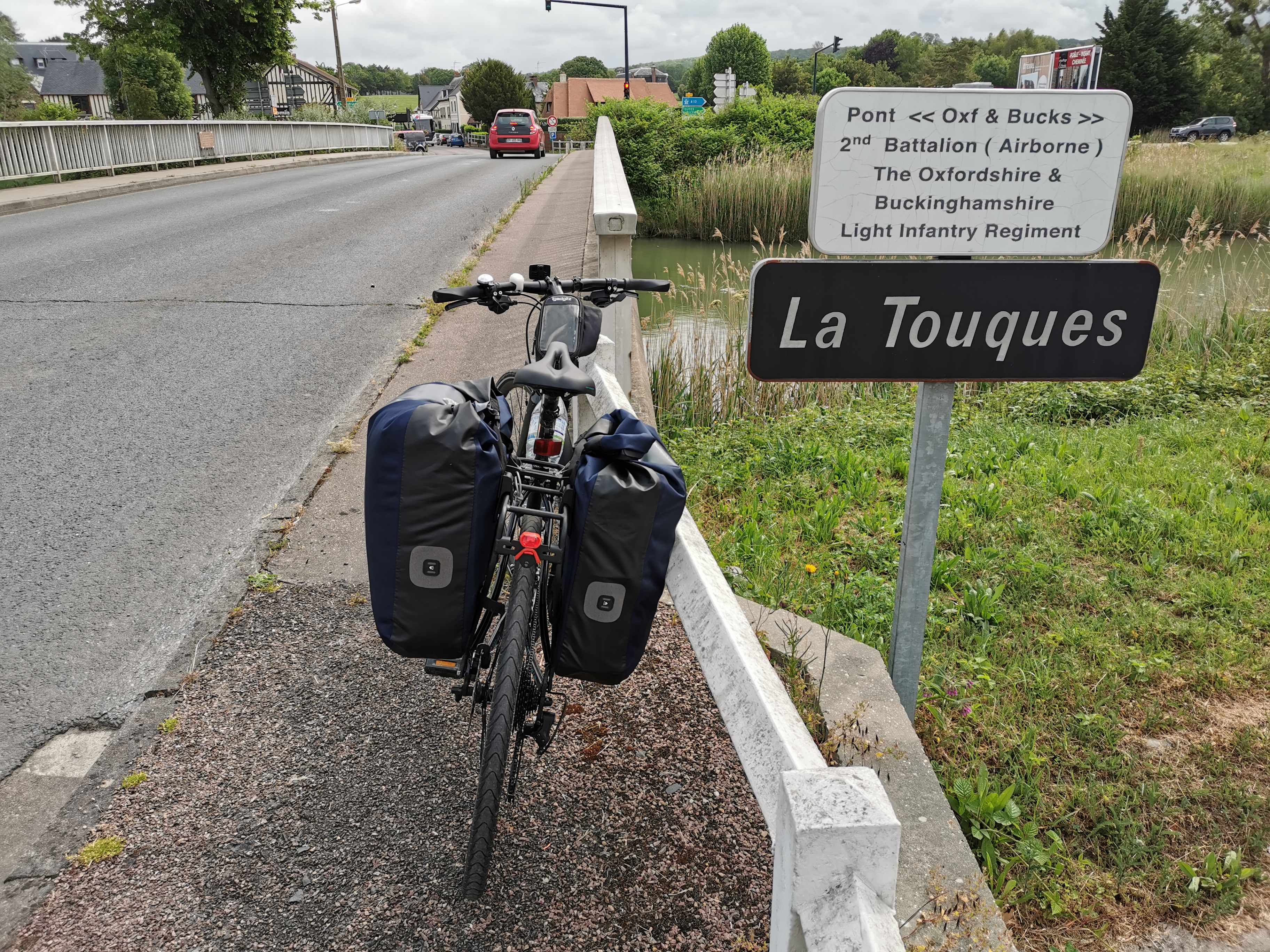 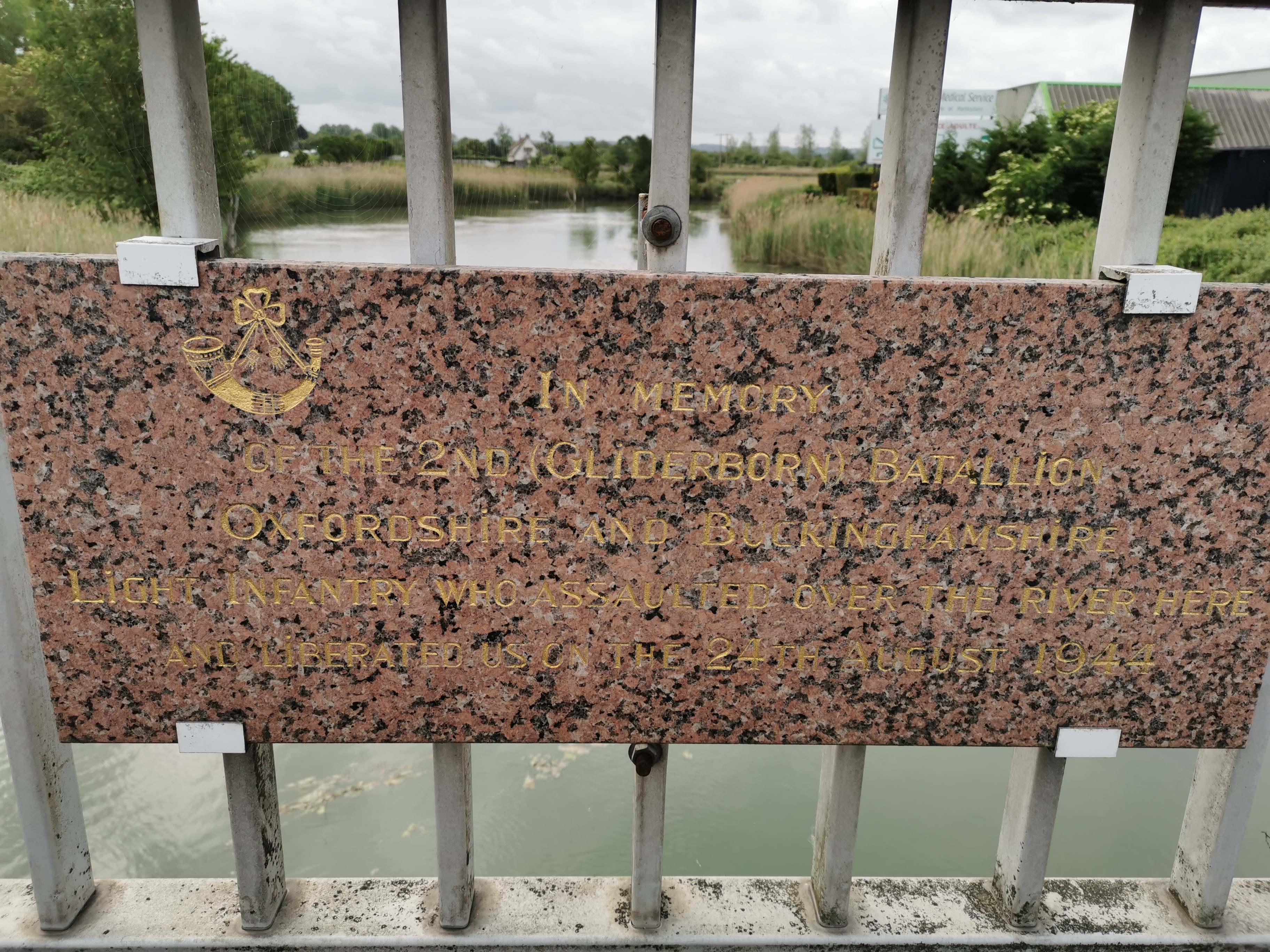 Out of Touques, after a magical mystery tour down what ended up being a closed off footpath, we made our way out of Touques. We rode/pushed the bikes up another 3 big hills, at which point I realised I had seriously been misled on the Normandy being flat thing and grumbled as my legs burned, before we finally heard from my Stepdad, who had set up the tents and ridden out to meet us at St Vaast en Auge. 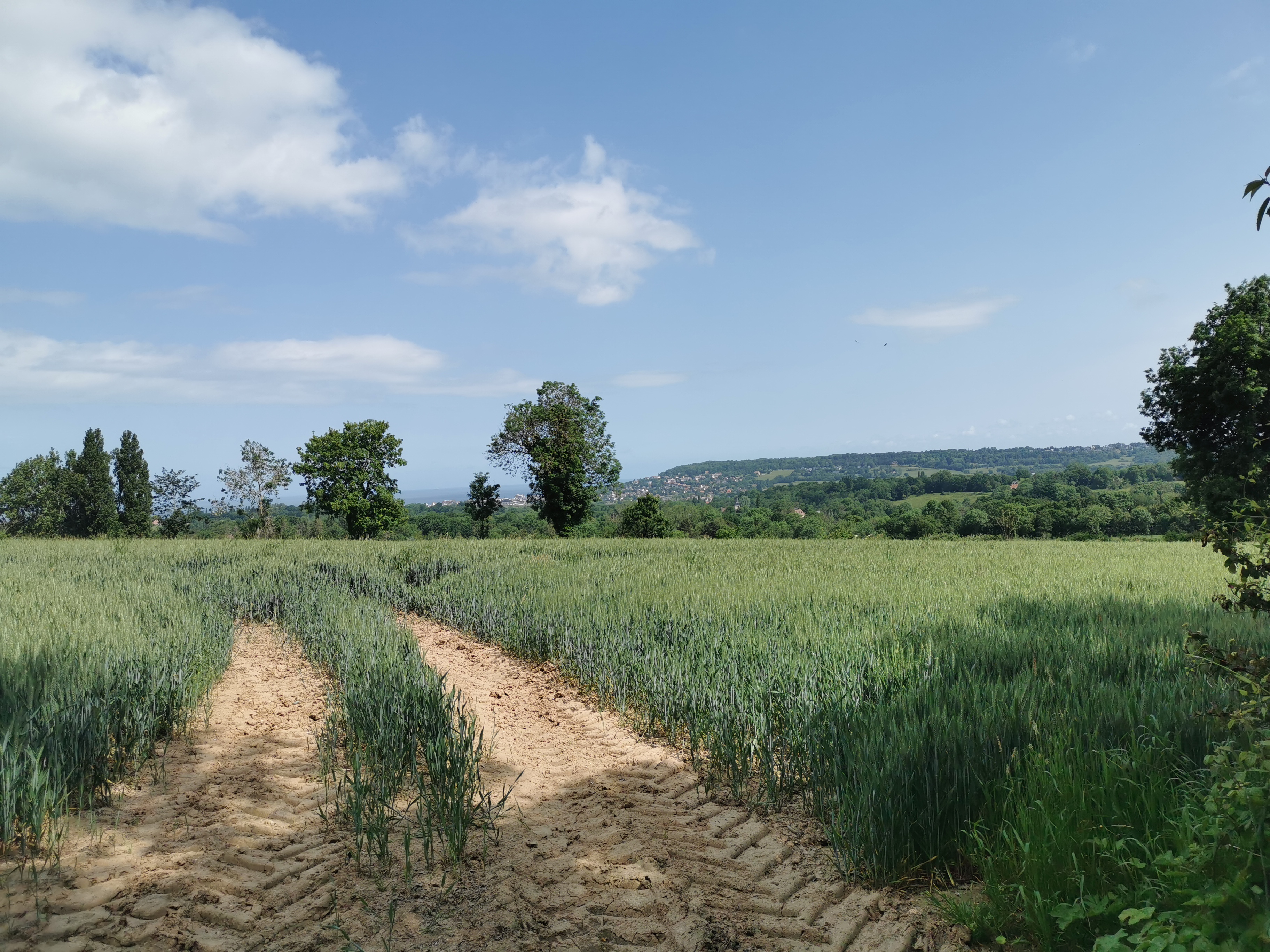 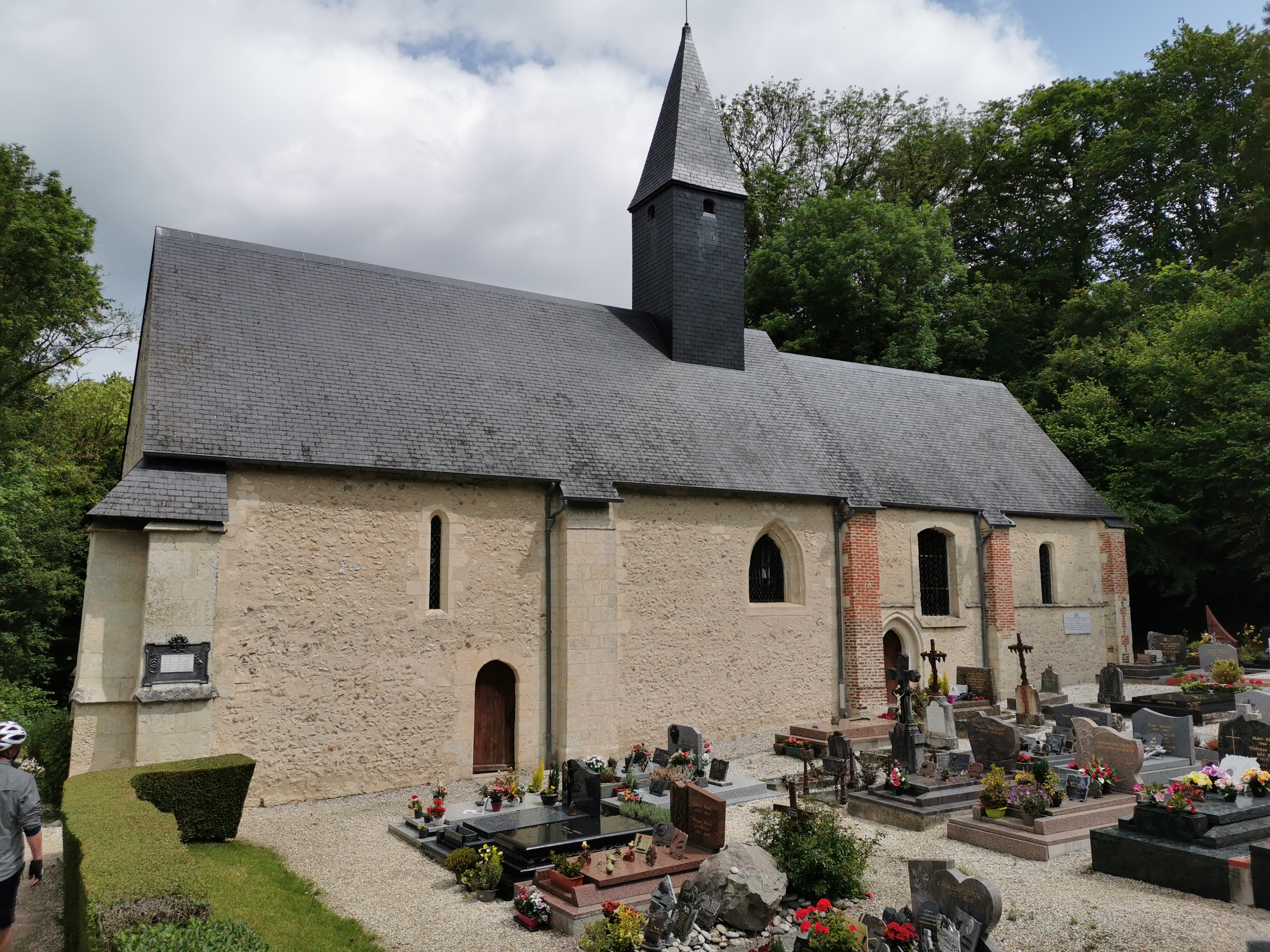 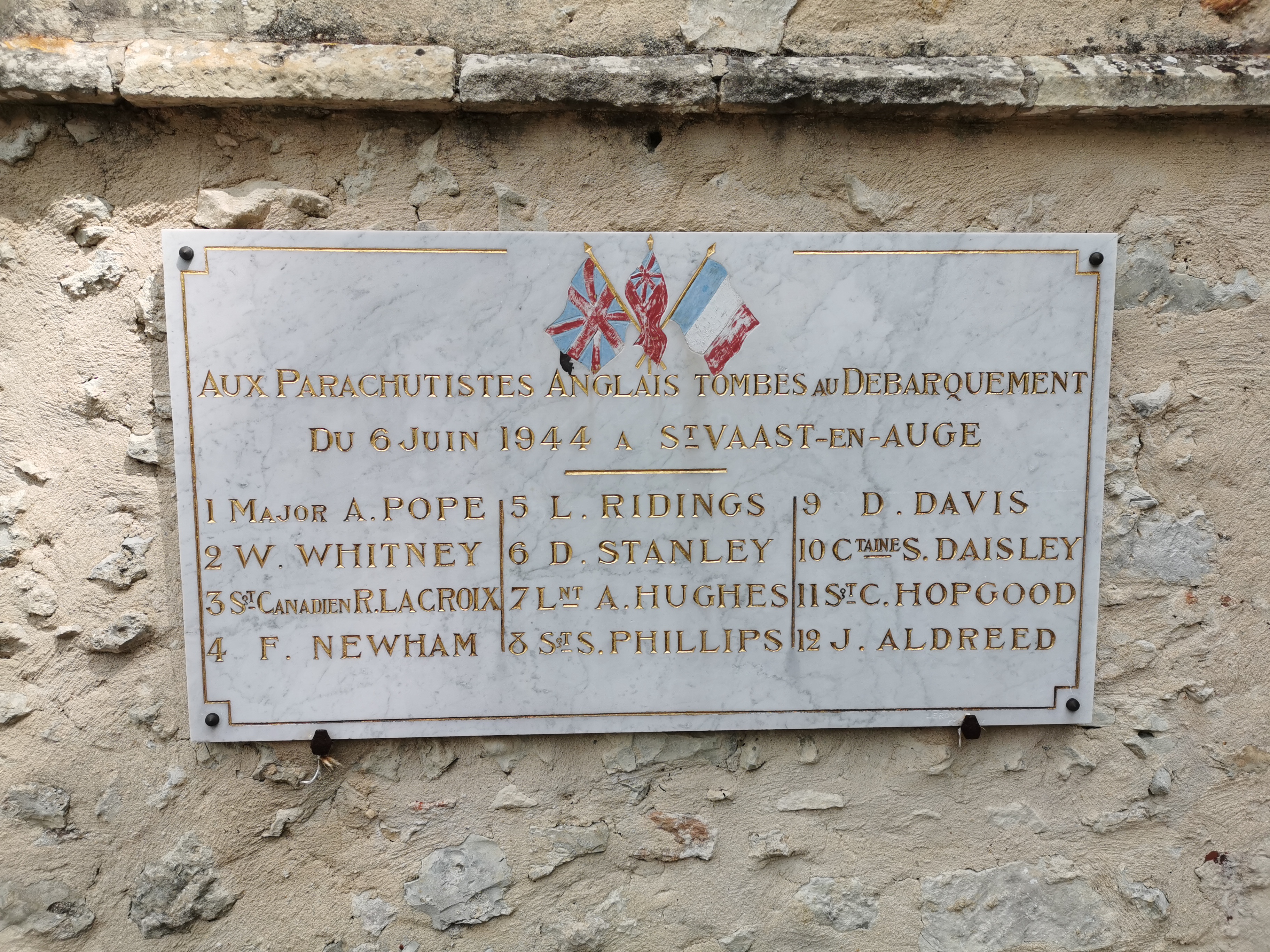 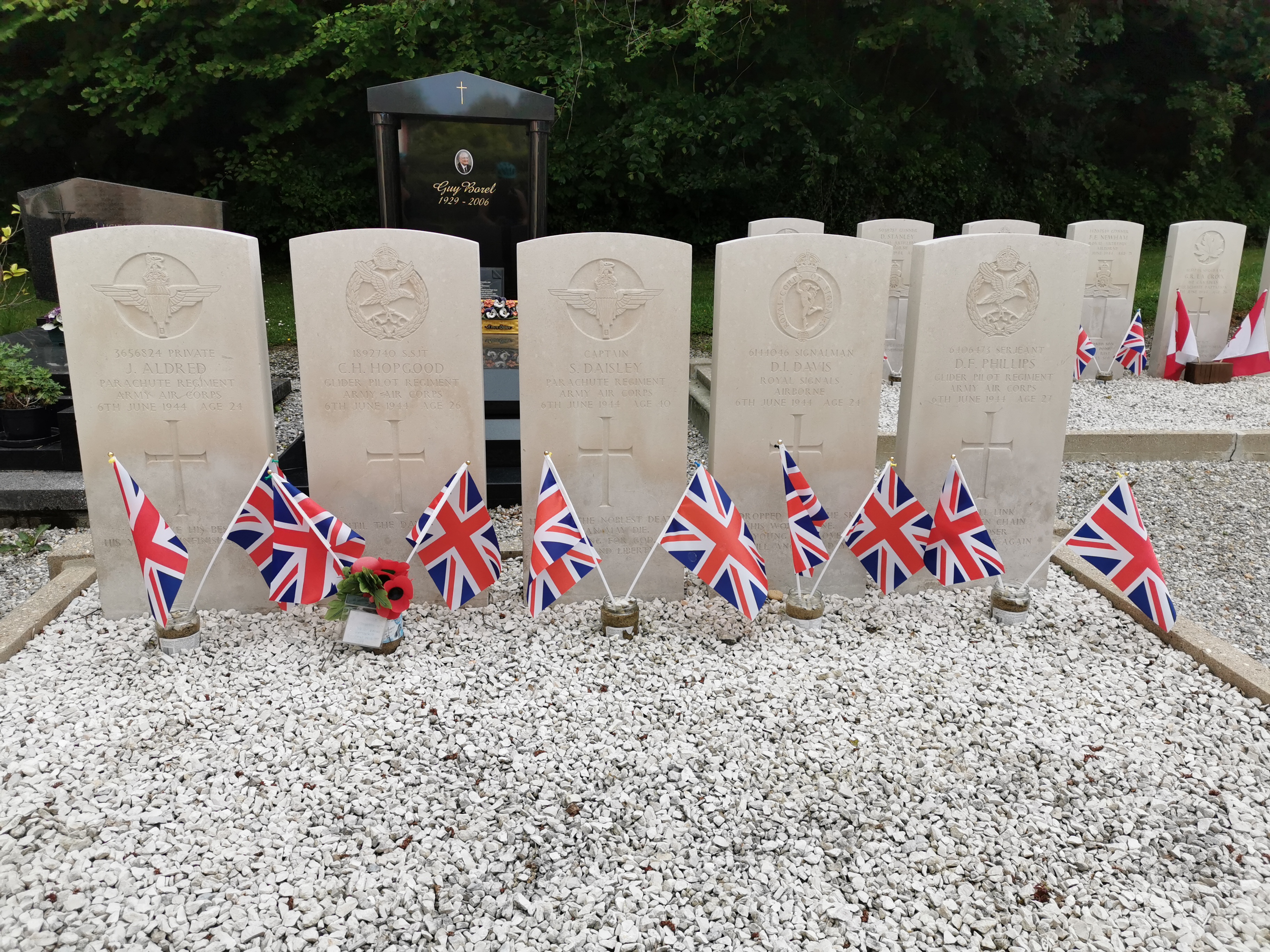 On the night of 21st to 22nd August 1944, British troops, along with Belgians of the “Brigade Piron” (attached to the 6th British Airborne Division), jostled a line of defense. The 6th Airlanding Brigade put constant pressure on their opponents and continued to progress ,despite the density of traps set up by the Germans. The regiments of the 12th Devons and the 2nd Battalion Ox and Bucks seized Saint-Vaast en Auge and continued towards the River Seine.

From St Vaast en Auge we headed for the coast via Auberville and then a more than epic downhill into Houlgate, where I managed a massive, wait for it, 40kph. Dives sur Mer and Cabourg were next… Beautiful sandy beaches with barely a person to be seen!

Fantastic riding, beautiful sea breezes and here was the lovely flat section I was hoping for… and thank god because my bum was hurting at this point. 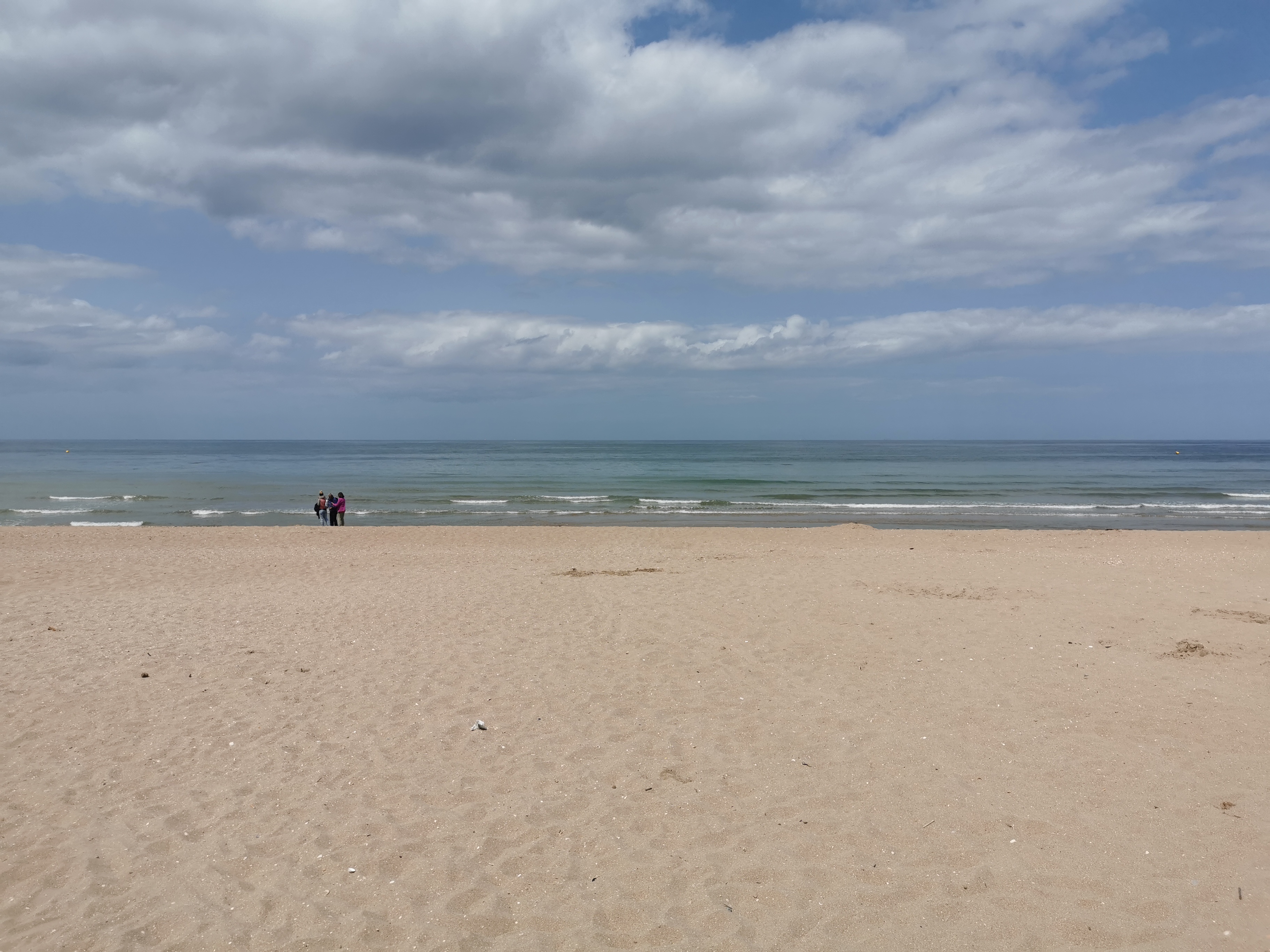 Out of Cabourg we rode to Gonneville en Auge and down to Breville. Site of the famous Batle of Breville, of which the 12th Devons were a part. 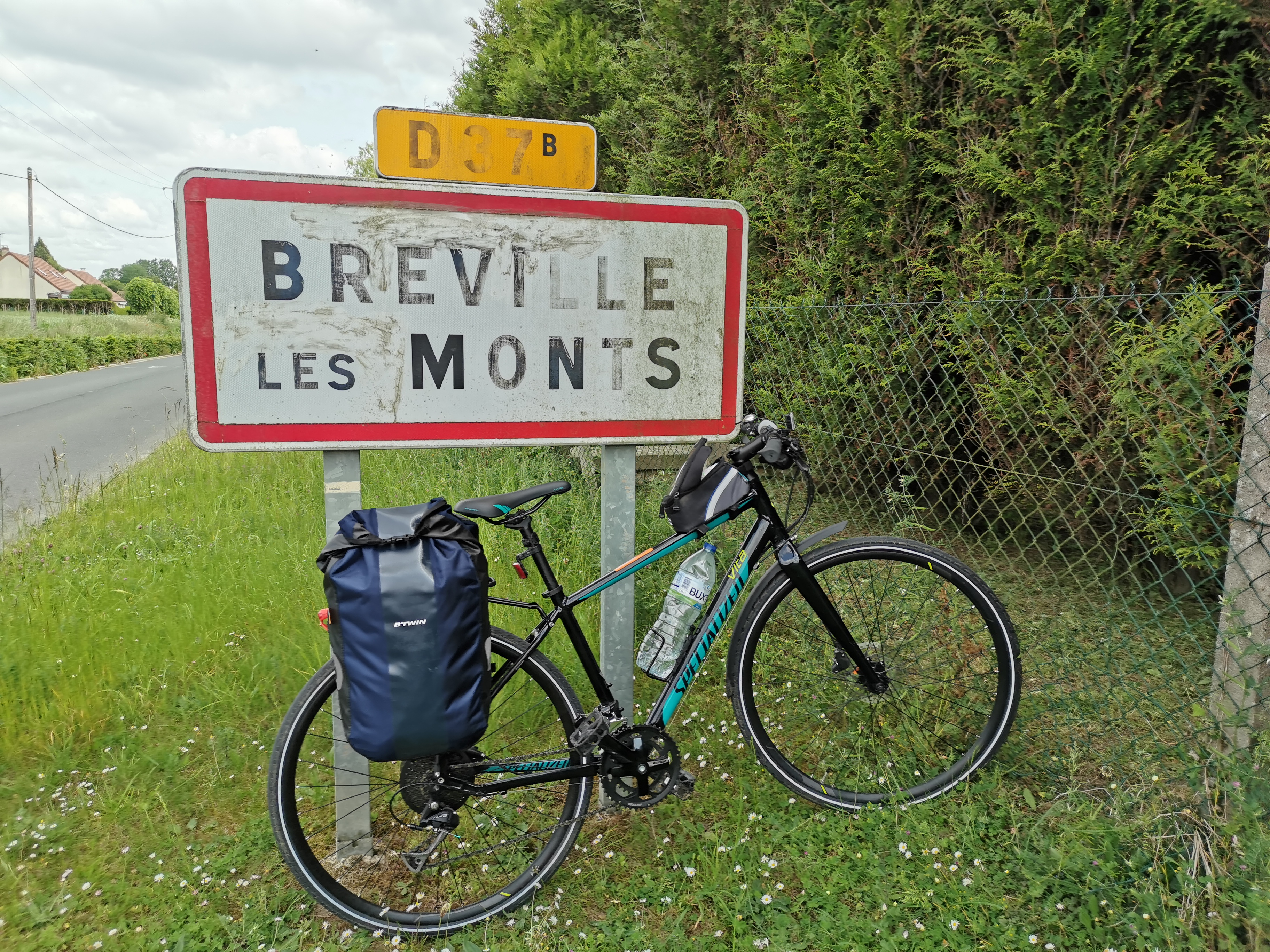 The British attack started the night of the 12th to 13th June 1944, when Major-General Gale committed his reserves, the 12th Yorkshire Parachute Batallion, a company from the 12th Batallion, Devonshire Regiment and the 22nd Independent Parachute Company. To support them, a tank squadron and five regiments of artillery were assigned. The assault had to negotiate both the British and German artillery fire, which killed or wounded several men, including some senior officers. The attackers eventually reached and secured the village. However, every officer or sergeant major who took part in the attack was killed or wounded.

After the capture of Breville, the Germans never seriously attempted to break through the airborne division’s lines again. 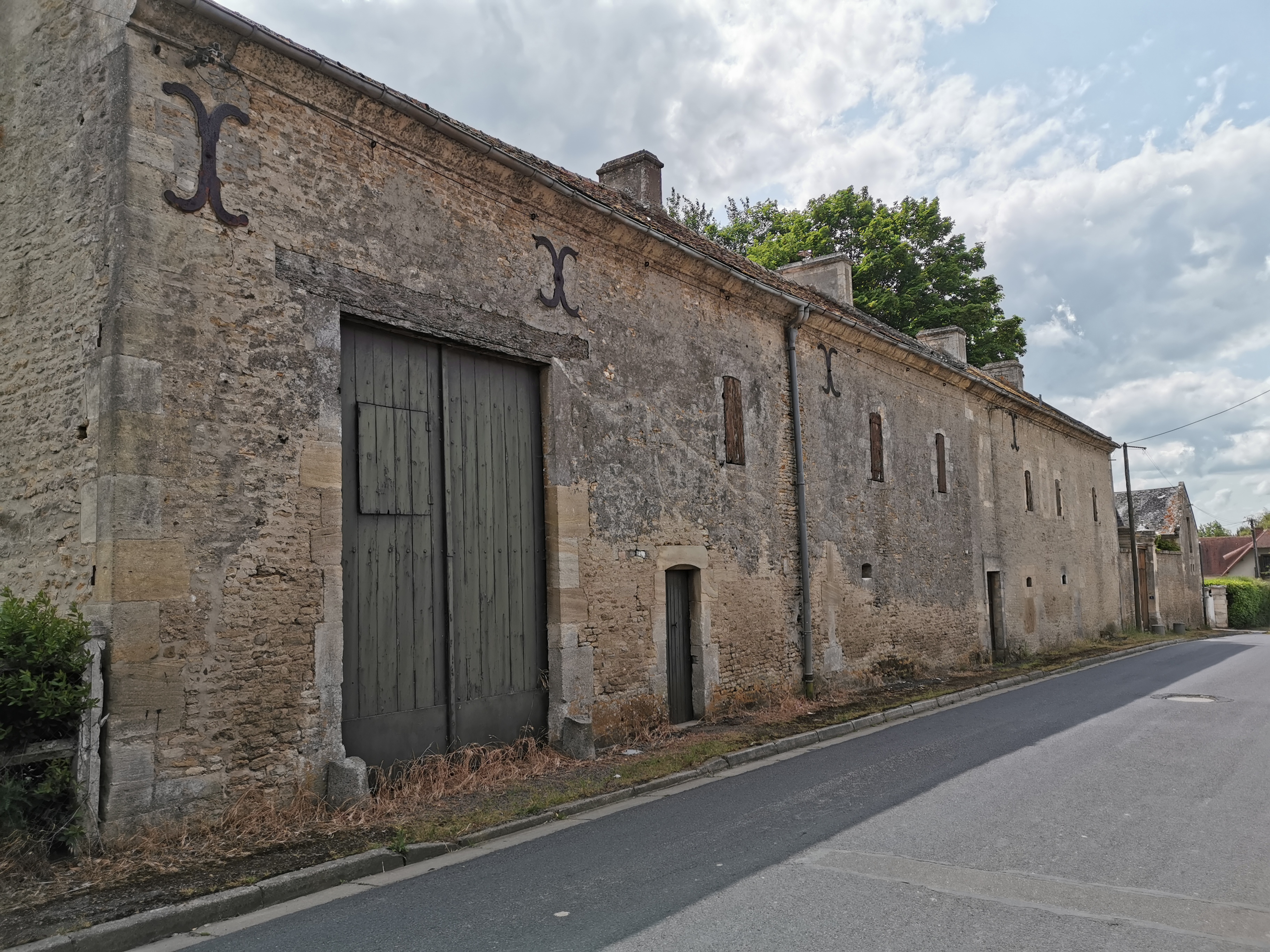 From Breville, it was one last downhill into Ranville and our campsite for the rest of the week – Camping des Capucines. Ranville is where my Grandad spent most of his time in Normandy.

Upon landing on Sword Beach, their orders were to avoid combat and make for the village as quickly as possible, as they were to relieve the 12th Battalion, the Parachute Regiment. They crossed Pegasus Bridge at about 1600 on July 7th and arrived in Ranville about half an hour later, taking over defensive positions in the town at around 1800. On June 8th, they were subjected to heavy mortar fire and shelling by SP guns.

On 9th June Commander 6 Airborne Division visited Batallion HQ and gave information and orders to the CO. The CO later left Batallion HQ to accompany C Company patrol (including my Grandad) to the Orchard south west of ring contour. The Germans laid a smoke screen and launched an attack on A & C Company fronts. This attack was met by rapid small arms fire by platoons of A Coy under the command of Lts. Whiteway and Hobbs and by mortar fire from Batallion & Company mortars. C Company met that attack in a similar manner. The enemy halted and eventually withdrew but some shelling followed intermittently by both sides until it became dark.

If you want to read more on what the 12th Devons were up to you can find a great diary transcription here. 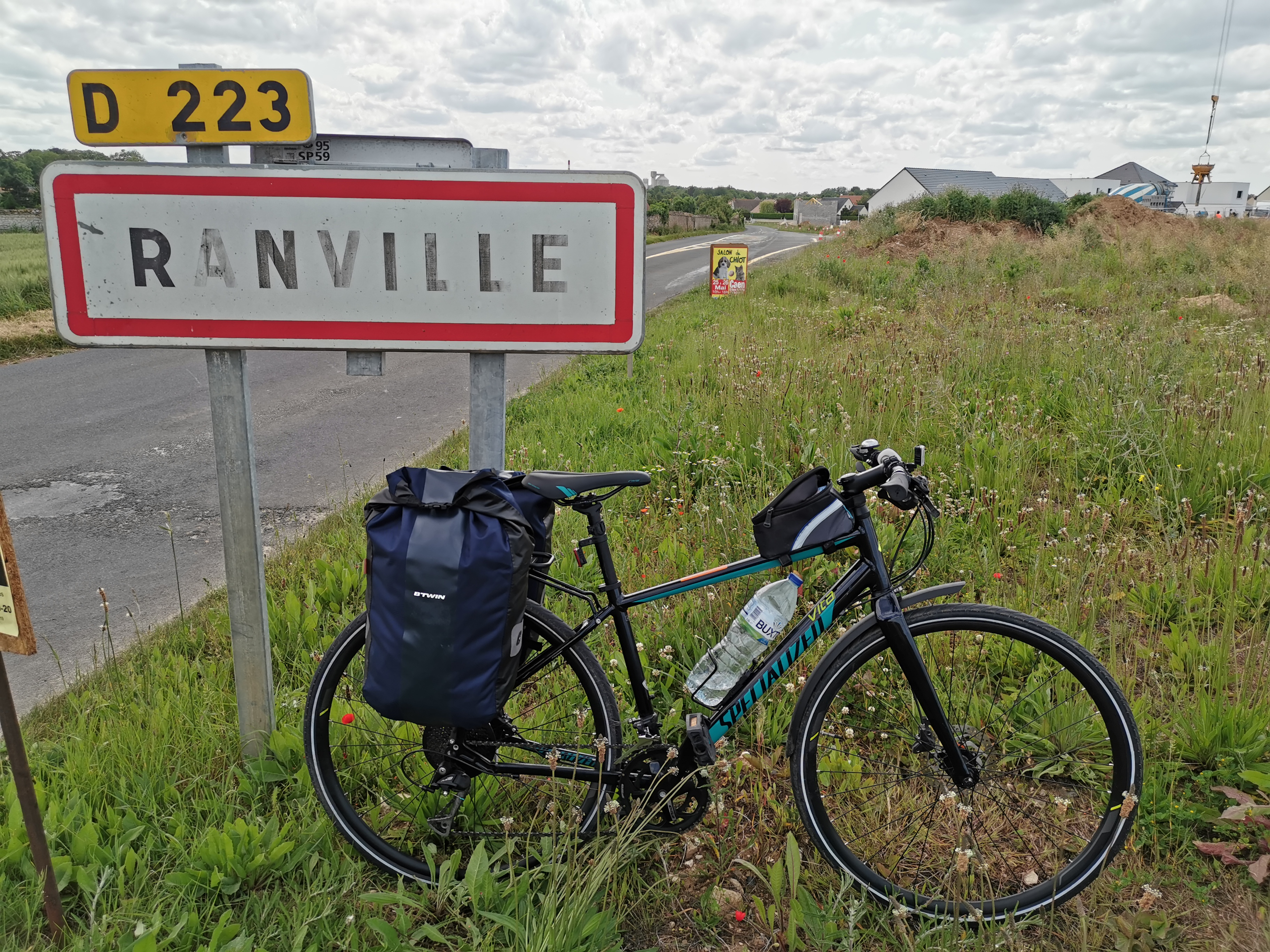 We emptied our panniers and hopped on our bikes to the supermarket to buy those most important of items – cheese, wine & bread, before grabbing a shower and falling asleep before 2100.

Camping des Capucines is perfectly placed for visiting this area of Normandy. It’s near the supermarket, the restaurants in Ranville are great and there is history everywhere you look. It’s not the most modern of sites, but I wouldn’t fault it and will certainly return. Suitable for tents or campers!