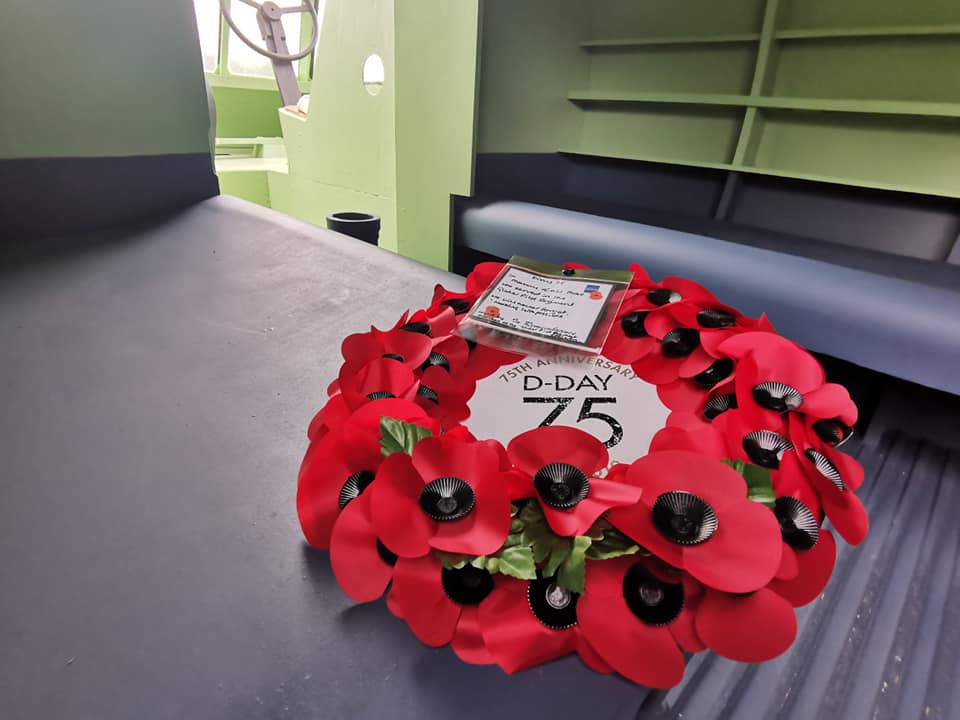 After 3 days of wonderful cycling and visiting some incredibly historic sites, we had reached our final day in Normandy… June 6th. The 75th anniversary of D-Day. After packing the tent up and loading our bikes with panniers again (and suddenly remembering how heavy the bikes would be) we headed down to Pegasus Bridge. As we arrived, we were fortunate to see a massed pipe and drum band, made up of every group we’d seen that week. We rode over the bridge, grabbed a final coffee from Café Gondrée and took in the atmosphere. Or, at least, we would have were it not chaotic. 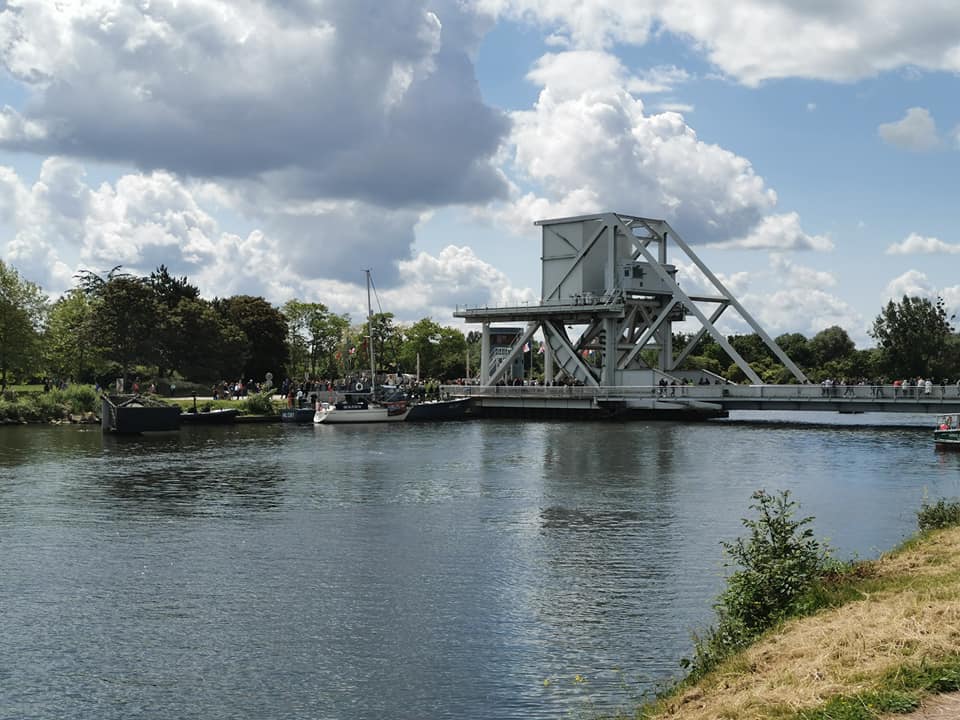 When we decided to head over that week, we knew it would be chaos but I think, perhaps naively, we didn’t consider the extent of it. Whilst drinking our coffee I received a call asking if I would go on Sky News and give a brief interview about our ride, and telling my Grandad’s story. I was more than happy to and one hour later, sat on the grass on skype, disturbed only briefly by the Daks flying over, I spoke with Alastair Bruce and Sky News about the story of the 12th Devons. As well as their story, I shared details about our ride and route and how he could, in turn, research the route of his own wartime family history at sea! 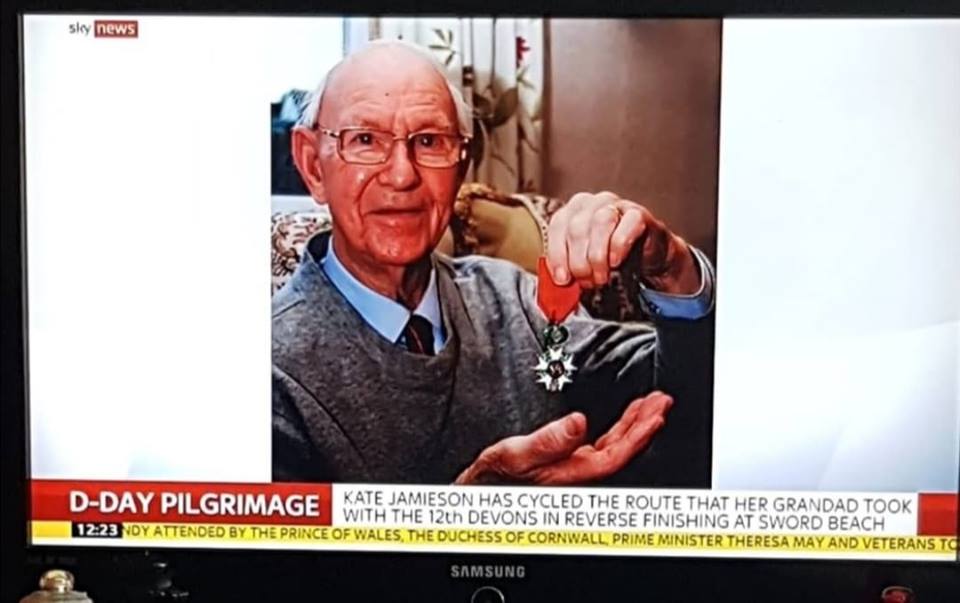 It was time to head off. We crossed the bridge with our bikes and rode down to Caen before heading across to the beaches, reaching Sword Beach around 20 minutes later. 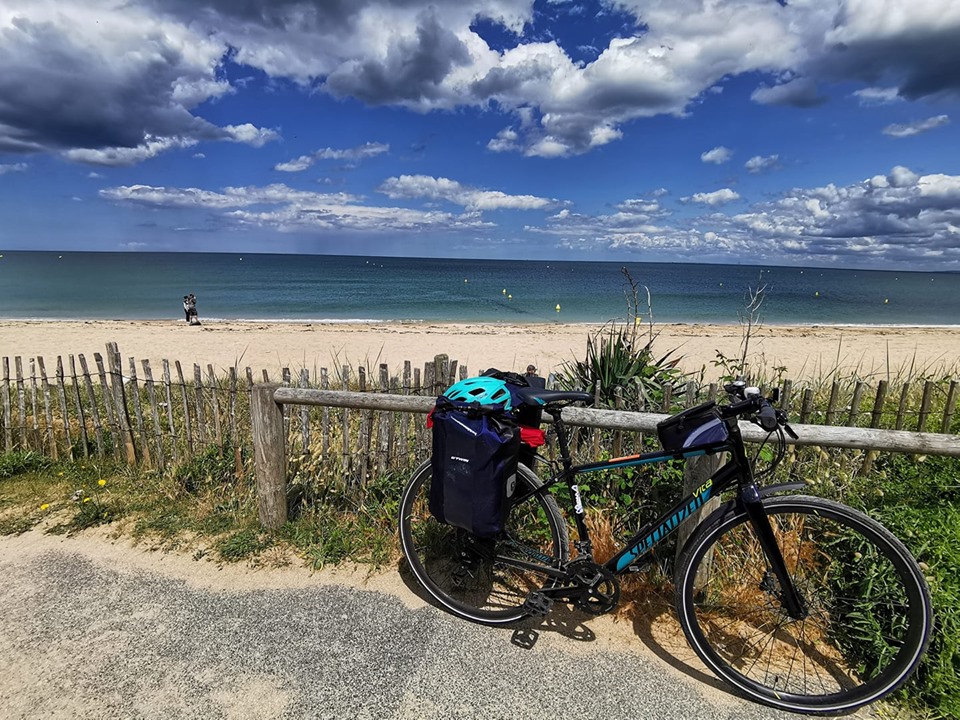 Unfortunately, as there was a ceremony going on, we couldn’t get to the part of the beach we wanted to, so that will have to wait for another trip. We rode down as far as we could, knowing we had to turn around and get to the ferry… 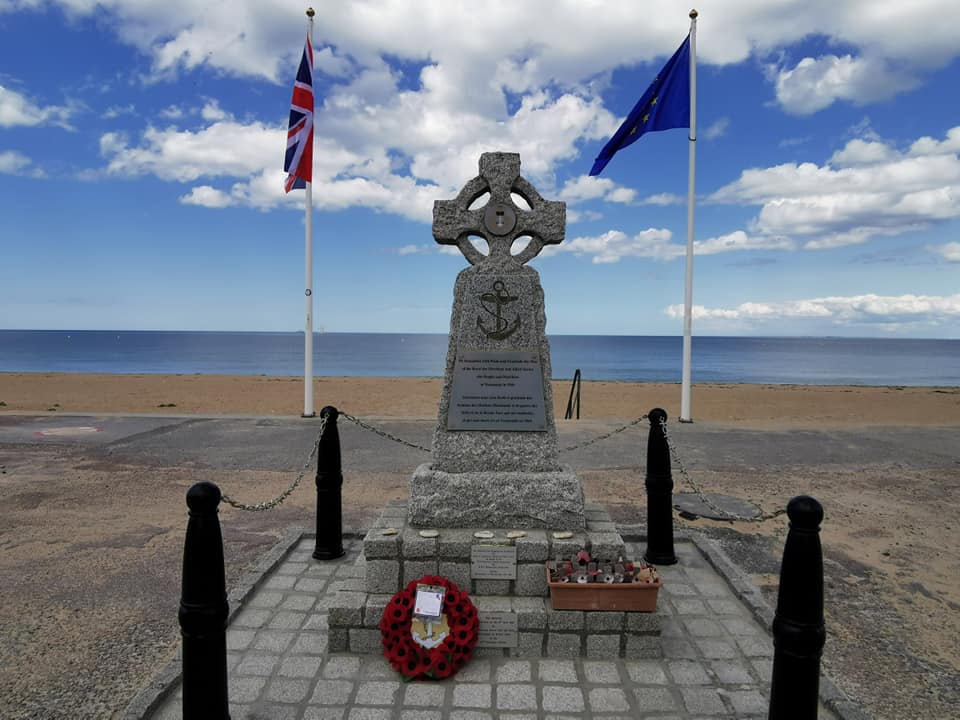 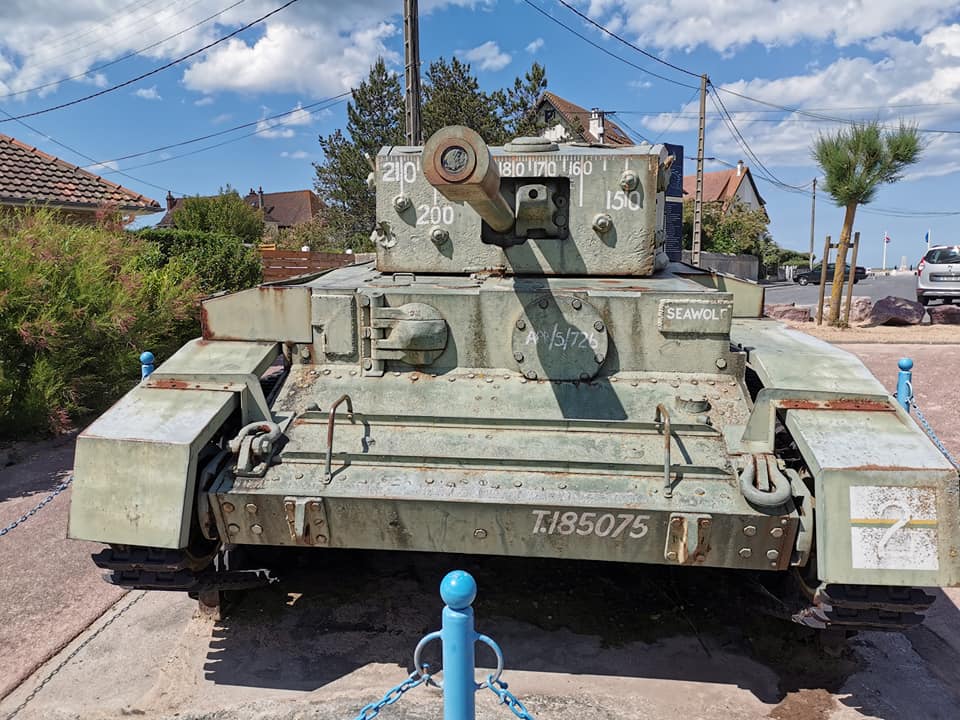 We had expected it. I had seen tweets, I heard tales all week but didn’t expect to face it on a bike. The police who, one hour earlier, said we could ride through suddenly made a U turn on that decision and gave us a diversion. Whilst it was beautiful (think forest tracks and quiet lanes) we were seemingly riding further away from Caen than necessary… Eventually we found our way to the outskirts and were stopped once more at a roundabout. Cars were queuing, people were chatting amongst themselves and the police? Stood on their phones giving nonchalan gallic shrugs to anyone who dares ask a question. We asked if we could pass. A brief translation of our conversation is below…

Officer 1: “No, Macron is coming”
Me: “Well, how long will the road be closed? We need to get to the ferry”
Officer 1: “4 hours maybe” followed by another gallic shrug.

Officer 2: “About 2 hours maybe?”
*Convoy of cars and sirens whizzes past*
Officer 2: You absolutely cannot ride down that road”

So we walked, and then got on our bikes and headed for a final meal before the ferry. Another night of sleeping on the floor awaited us, but we managed to grab a sofa, much tot he displeasure of some of the army chaps, who I think had the same idea, rather than lying on the floor surrounded by 30 other people. You snooze, you lose. I took my sleep mat and sleeping bag this time and spent msot of the crossing unconscious on the floor behind a sofa, giving mum the sofa because I’m nice, before waking her up at 0530 because we’d be in Portsmouth in 15 minutes… 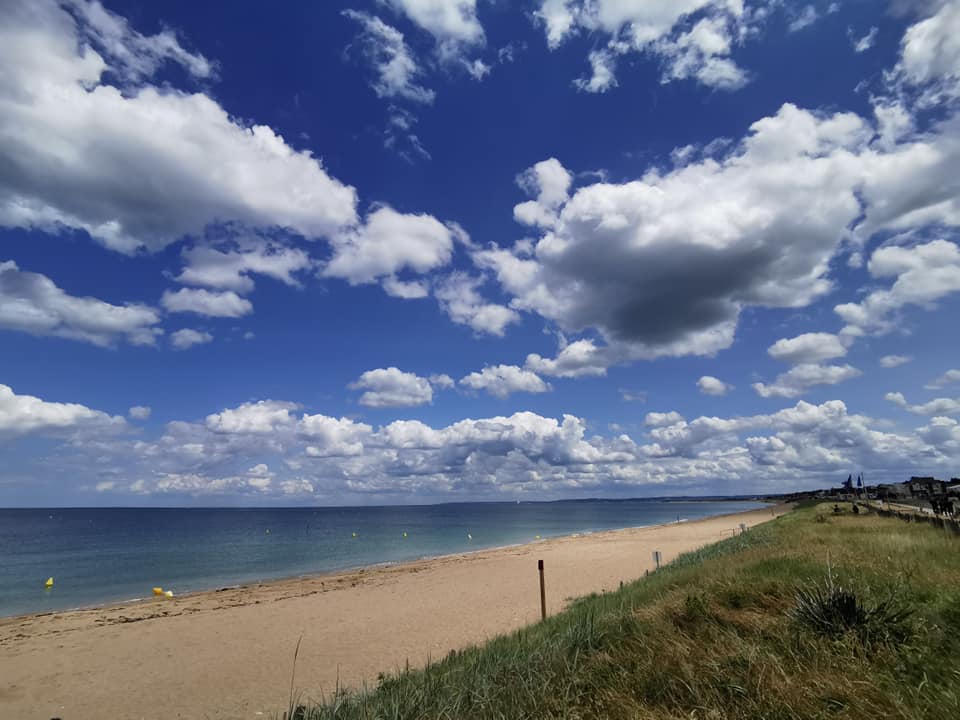 Guess who didn’t check her phone time. We had another hour and 5 mins. Oops, sorry mum!

Eventually, we berthed in Portsmouth, headed off with the bikes into miserable pouring rain and rode down past the historic dockyard to the train, to be greeted by a Twitter follower randomly getting on a train and telling us he’d been following the ride online.

It was a wonderful week and one I definitely will do again, though perhaps in a car next time. There’s still so much of Normandy I want to see, to understand and to research and cycling is not the quickest way of doing so.

My next historical ride? Who knows!

Perhaps Arnhem, or maybe a ride to Hamminkeln in time for the 75th anniversary of Operation Varsity, next March. Another operation my Grandad played a part in, landing by glider.