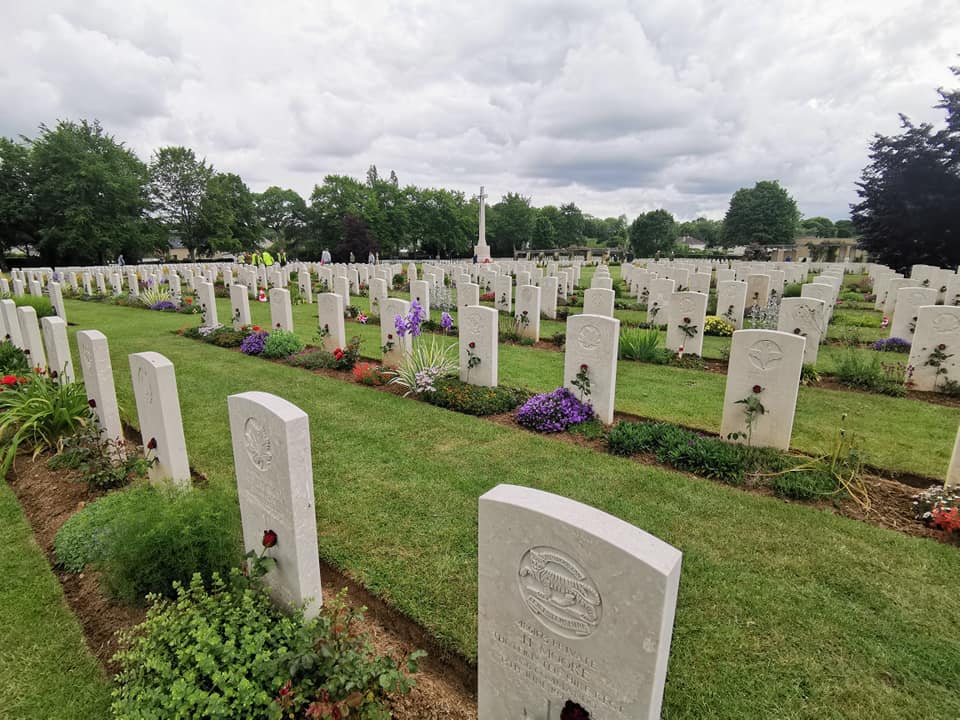 The day after visiting Merville, we woke up to glorious sunshine. Not only was this great because, you know, we had to cycle everywhere but it was also great because it meant the weather was perfect for the Daks over Normandy drop at Sannerville that afternoon.

I will be the first to admit that one of my favourite scenes in cinema is the parachute drop in A Bridge Too Far. Ok, wrong country, wrong part of the war, even, but impressive nonetheless… and we all played with those toy soldiers as a kid, right? We headed down to Pegasus Bridge once more that morning, for a coffee and look around the memorial museum, which is incredibly impressive. Though, I think I will need to go back when it’s not a 75th anniversary event as it was absolutely heaving, as expected. 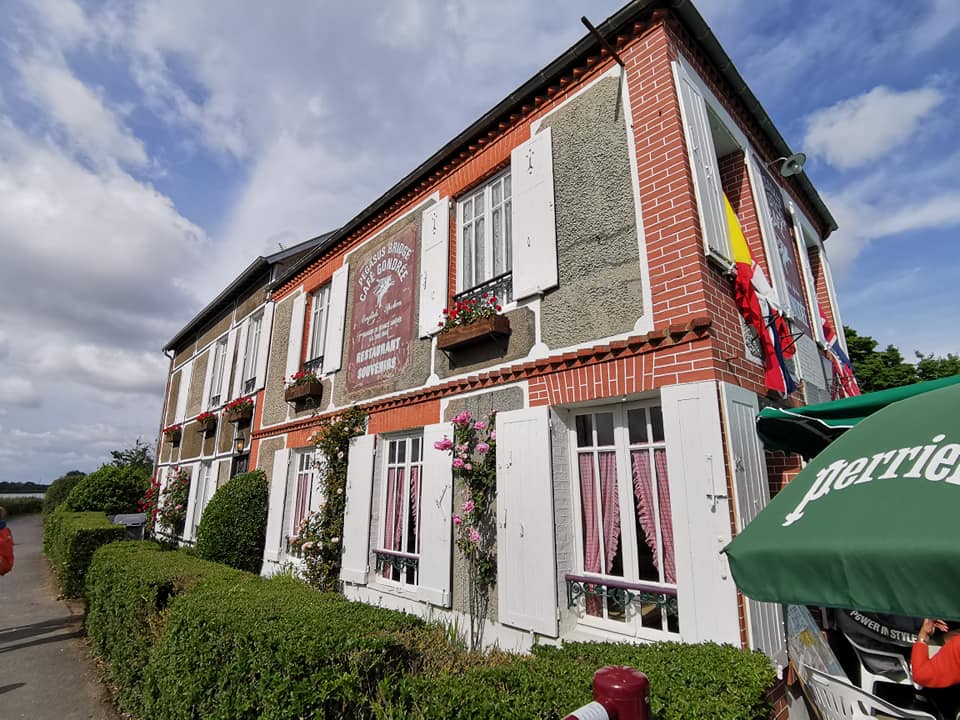 Still, coffee at Café Gondrée and catching the end of a Legion d’Honneur presentation meant it turned out to be a very special morning. My Grandad remembered this very well, and it’s crazy to think that, after being the first building to be liberated from Nazi-occupied France, it was then used as a hospital, of sorts.

Meanwhile, at the Pegasus Memorial is the original bridge. Moved for preservation. 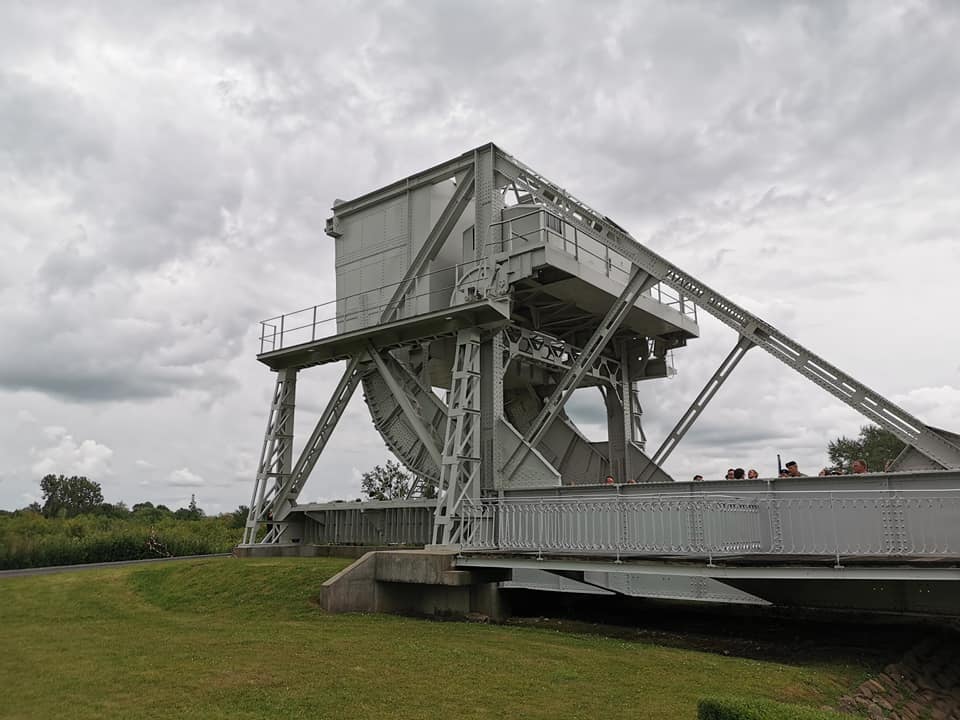 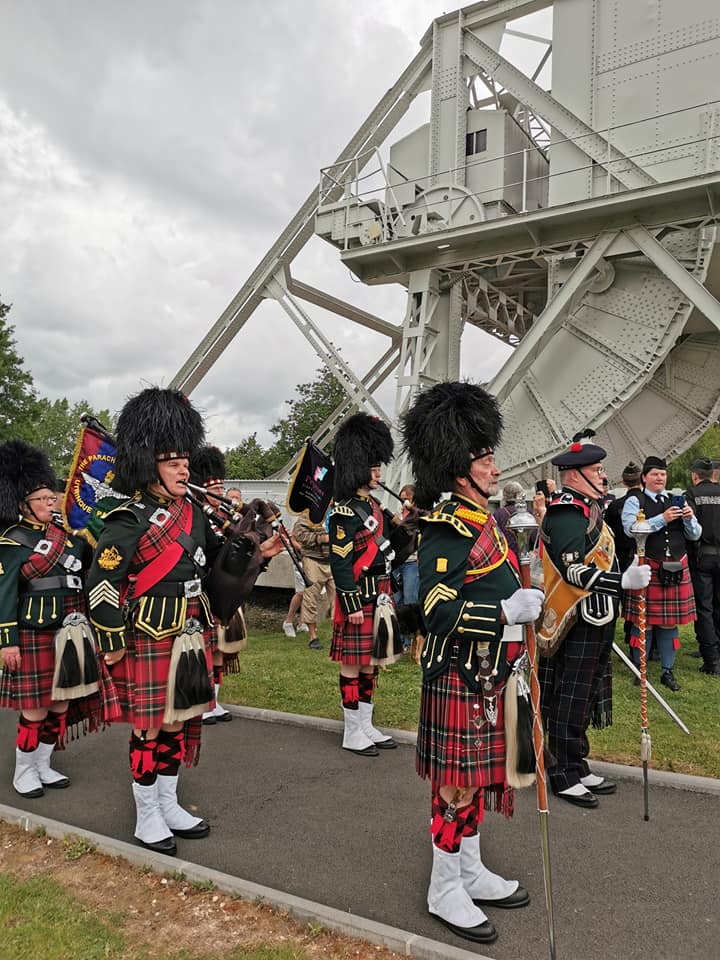 Later that morning we headed to Ranville War Cemetery. I always find these places incredibly moving, but to see so many Devonshire Regiment insignia in one place, whilst not entirely unexpected given their fighting in the area, was quite poignant. I wondered as I walked how many of these men my Grandad would have known, whether he had spoken to them or fought beside them.

After a lunch stop, we headed out to Sannerville, via the crossroads at Les Mesnil. We saw two drops as we arrived and then none for a while. It started getting chillier and people on Twitter were keeping us updated with the delays from Duxford. Gradually, people started to leave, and a number of times we considered it, but didn’t think it would be too much longer and it wouldn’t be a sight to miss.

We were entirely correct. it was absolutely incredible and well worth the teeth chattering and shivering! 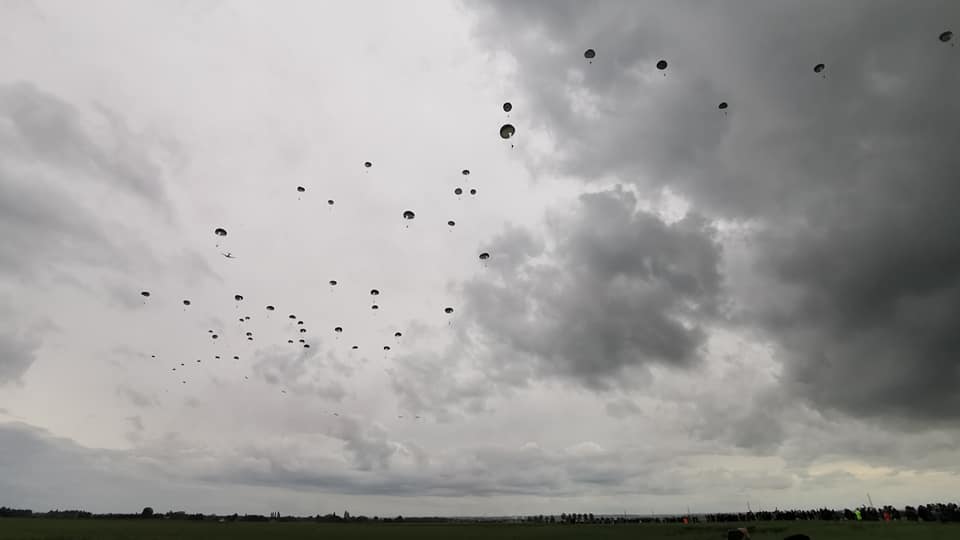 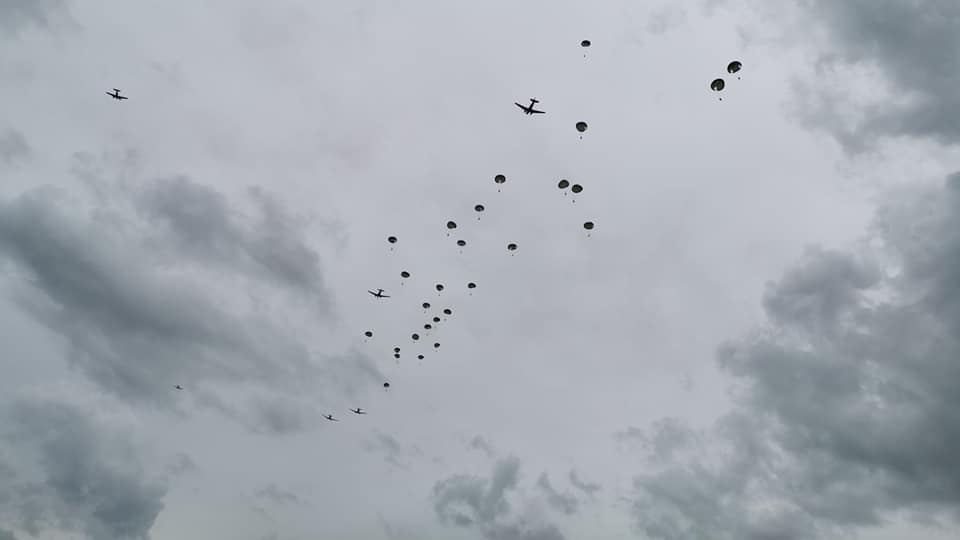 We headed back to the campsite, warmed up, drank coffee from the Jetboil and had a chilled evening, before walking back down to the bridge for the midnight ceremony. A friend from twitter kindly managed to get mum and I past the fence for it, and it was a moving and absolutely fascinaing evening.

This midnight memorial took place next to the statue of Major John Howard, whose glider had landed within a few feet of the canal bridge, which was captured after a fierce ten minute fire fight, the action all over by 0026, a full six hours before the beach landings.

90 minutes after taking off from RAF Tarrant Rushton in England, Major Howard was able to send the code words “Ham and Jam”, indicating that both bridges had been captured. A recording of Major Howard’s speech from a ceremony at the site 30 years ago was played before the Band and Bugles of The Rifles led troops across the bridge. It was an incredible evening and we felt incredibly privileged to have been there.