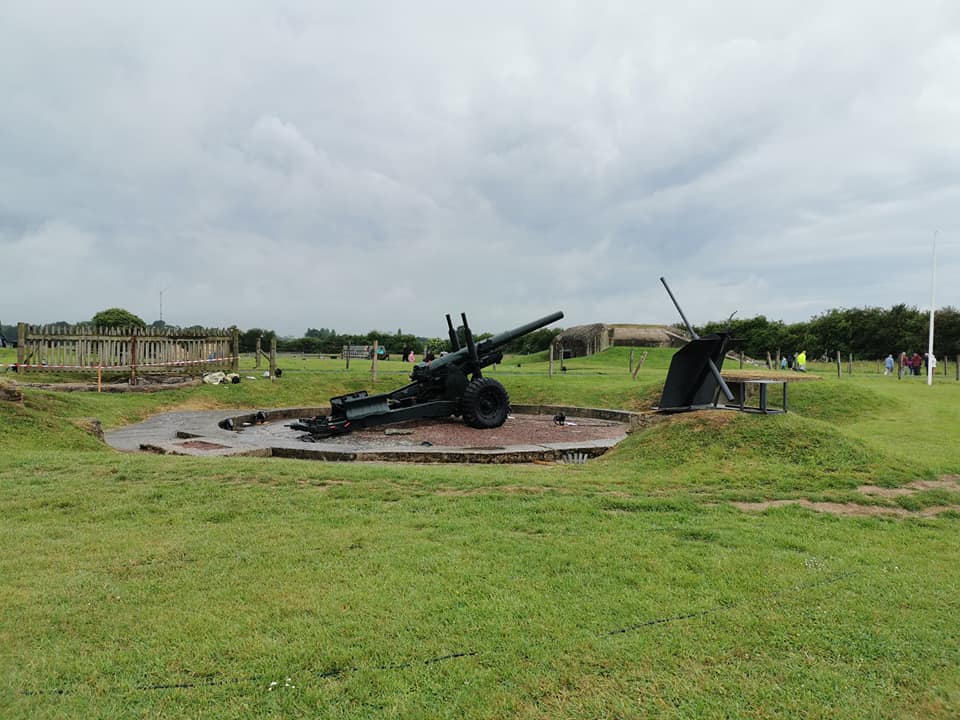 The forecast on day two? Rain, misery and a little more rain. Which is fine if, like most sane people, you’re in a car driving around Normandy. If, however, you’re planning to cycle through then suddenly it’s not so enjoyable…

The plan was to ride up to Merville Battery, via Amfreville and then down to Pegasus Bridge. Not a huge ride by any means, but the plan of the day was battlefield tourism.

We cycled out of Ranville, all Proviz’d up and headed to Amfreville, northeast of the “N” drop zone of the 6th Airborne Division (this area became a glider landing zone on the afternoon of 6th June 1944).

On 12th June, General Gale decided in his own words that “It was plain that once and for all the Breville sore must be liquidated. The problem was when and how.“ 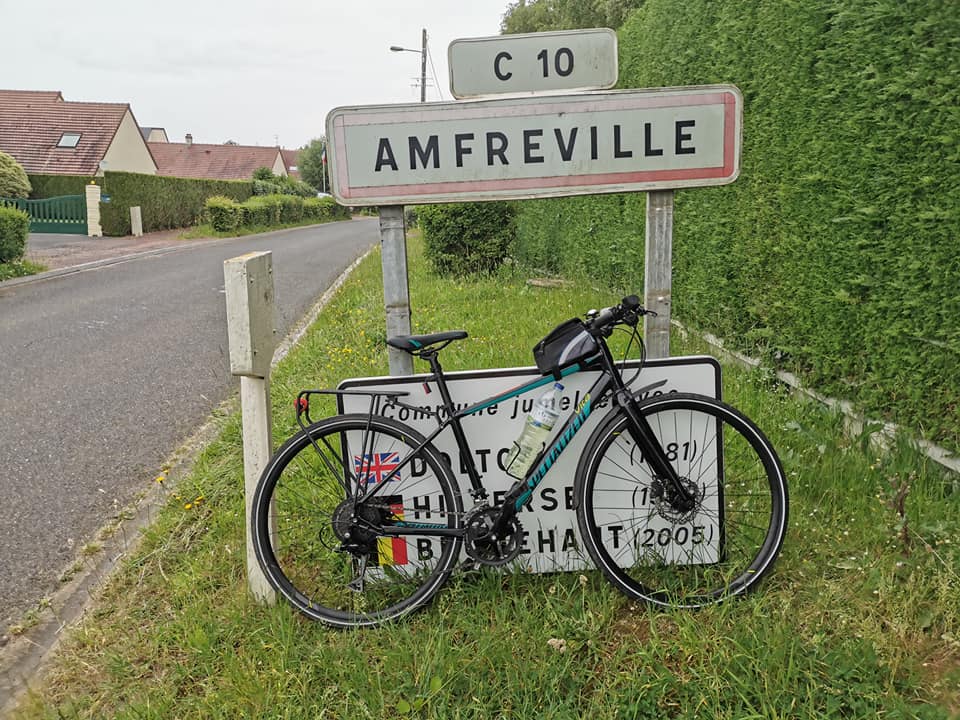 The General decided to launch an attack on Breville that night, on the basis that the Germans would be tired after a day of fighting and would not anticipate the Allies to be able to stage an attack. Men from the 12th Parachute Battalion and “D” Coy of the 12th Battalion Devonshire Regiment under the command of Major John Bampfylde, along with “A” Squadron of the 13/18 Hussars with Sherman tanks and some field artillery.

The tanks were to advance and give support until guns could be brought up in the morning. Lt. Col Johnny Johnson was in command, deciding that the 12th Battalion “C” Coy would secure the Chateau on the South-West corner of the village, “A” Coy the South East and “B” Coy as reserves. The 12th Devons would attack the North and North-East of the village with tanks supporting.

12th Battalion reached the church at around 2130 where officers were briefed. The 12th Devons, being some 3 miles away at Le Bas de Ranville, arrived only as the assault began and as Major Bamfylde was by that time dead, they were without orders or plan of attack. 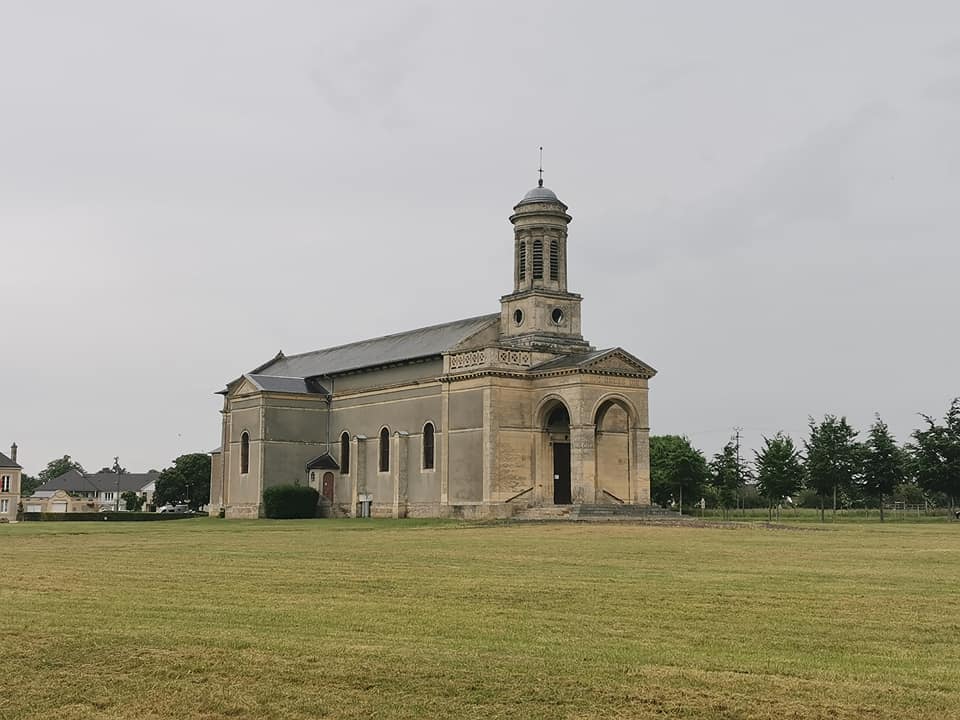 “At 2145 hrs supporting artillery opened up and at the same time, the German artillery commenced firing. It was unfortunate that some of the shells of the supporting fire fell short on the orchard by the start line, killing Col. Johnson CO of the 12th Battalion and Major Bampfylde CO of the 12th Devons. It also seriously wounded Brigadier the Lord Lovat CO of the 1st Special Service Brigade in the abdomen and Brigadier Hugh Kindersley CO of the 6th Landing Brigade, in the thigh. Col. Reginald Parker (formerly CO of the 12th Paras) was wounded but able to take over command of the 12th Battalion. Fortunately, he knew the details of the planned attack” 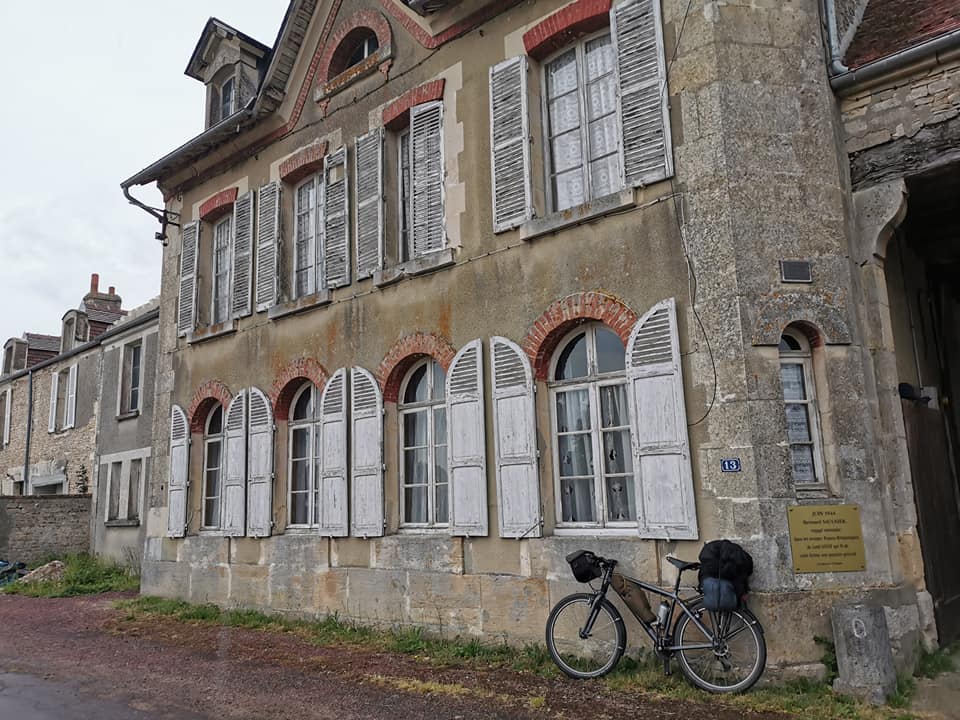 From Amfreville, we rode to Merville Battery. Site of the famous attack on the morning of 5th June 1944. Several shelters and defense posts, anti-tank ditches, hundreds of meters of barbed wire, minefields and four casemates protected artillery guns. According to aerial photographs taken during the preparation for Operation Overlord, the Allies considered that such casemates could protect 150mm artillery guns, able to reach Sword Beach without problems. For the Allies, this had to be under British control soldiers began landing on 6th June and bombing started in the Spring of 1944.

The plan? British troops would silence the battery a few hours before landing started on the beaches. Lt Col Terence Otway was to be in command. Aware of the difficulty of this mission and the high likelihood that officers in charge would be killed before or during the assault, he asked his subordinates to understand the smallest details of the mission. During the months leading up to D-Day, British airborne and glider troops continually rehearsed parachute drops (day and night) and the battery complex was even fully rebuilt at Walbury Hill according to aerial photographs. Otway would even arrange for women from the WAAF to visit the mock up site, near Inkpen, to attempt to get the men to tell them what they were planning…

Shortly before 1am on Tuesday, June 6th 1944, pathfinders led by Major George Smith jumped over Normandy and reached their rendezvous points, while Lancaster bombers launched a raid on the battery. 600 British paratroopers were dropped on drop zone V, between Varaville and the battery. It didn’t go as planned… The weather was against the, as well as pilots confusing the Dives and the Orne rivers, not helped by land having been flooded by the Germans, meaning paratroopers had virtually no point of reference to orient themselves.

Otway was over 350m from his planned drop off point point and by 3am, only 150 men were at the right location. He knew he had to take the battery as men were to land on Sword Beach a matter of hours later. Otway divided troops into 4 groups: 3 to lead the main attack from east to west while another group had to carry out a diversion attack from the north. Paratroopers engaged a short but violent assault against the Germans. Twenty minutes later, the British managed to capture the battery but they suffered heavy losses (70 British officers and soldiers were killed or wounded). 22 Germans were killed and as many soldiers were made prisoners, while the rest of the garrison managed to escape. 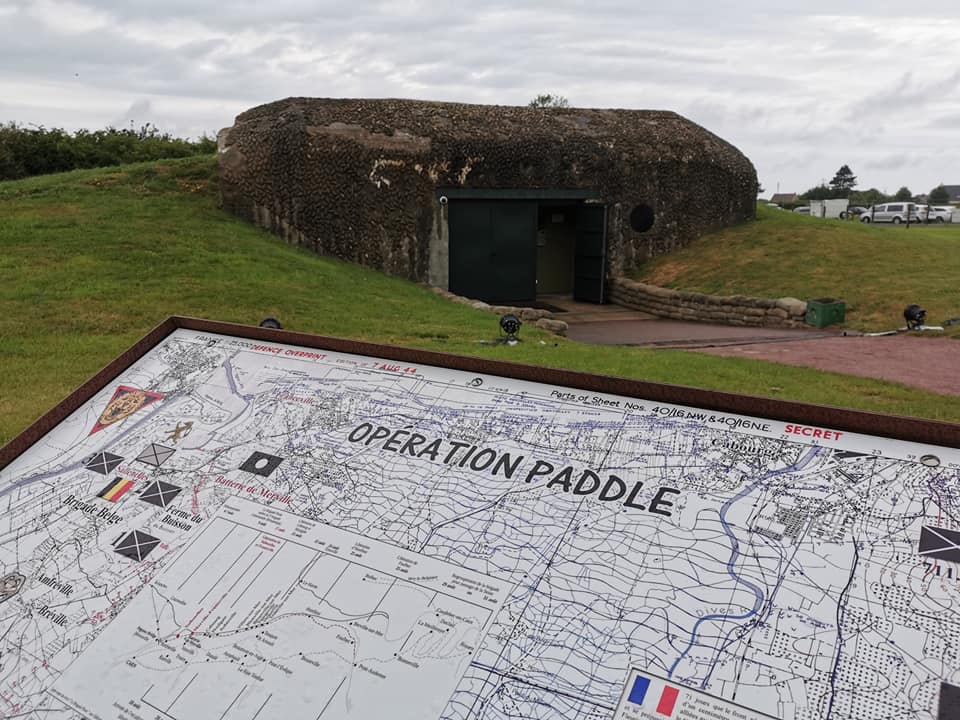 Anyway, I don’t have the words to do this justice, but to cut an incredibly long story short, Merville was in the hands of the Allies in time for the beginning of the Normandy landings. Merville was the subject of new battles on June 7, especially following the assaults led by N°3 Commando, who failed to seize it. Numerous skirmishes followed throughout the battle of Normandy and the Merville battery and village did not fall into the hands of the Allies until the 17th of August in the evening, liberated by the Ox and Bucks of the 6th airborne division at the outbreak of the Paddle operation.

Merville is well worth a visit, even on a rainy day, and I can wholeheartedly advise a trip if you’rein the area, which will paint this event in far more detail than I ever could. 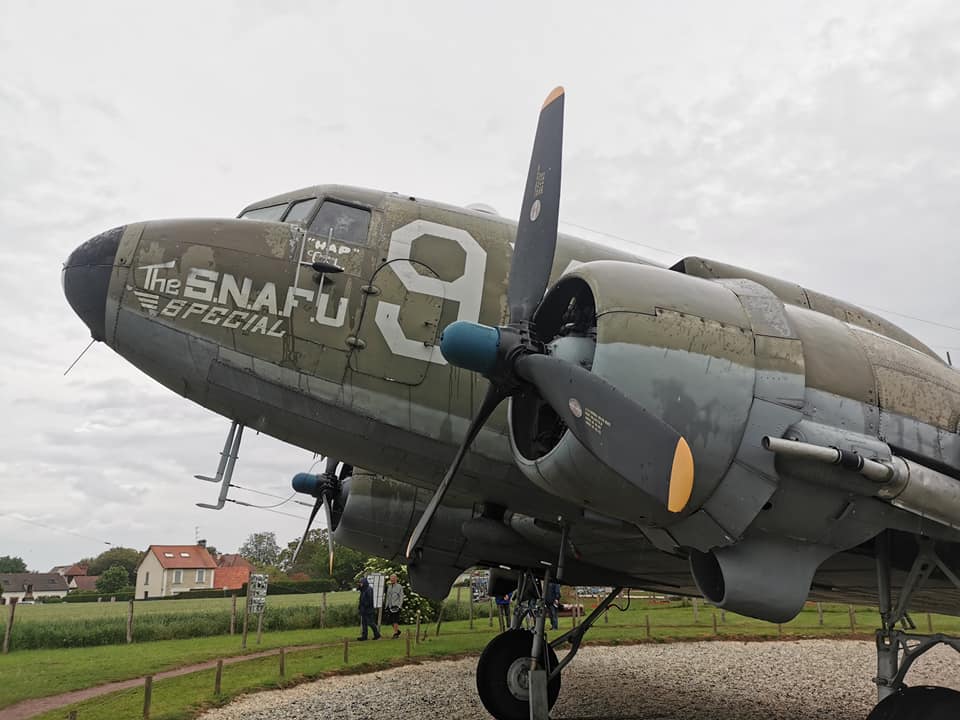 From Merville, we headed along the coast and along the riverside path, reaching Pegasus Bridge in the afternoon, albeit sodden and covered in mud, grit and everything else! 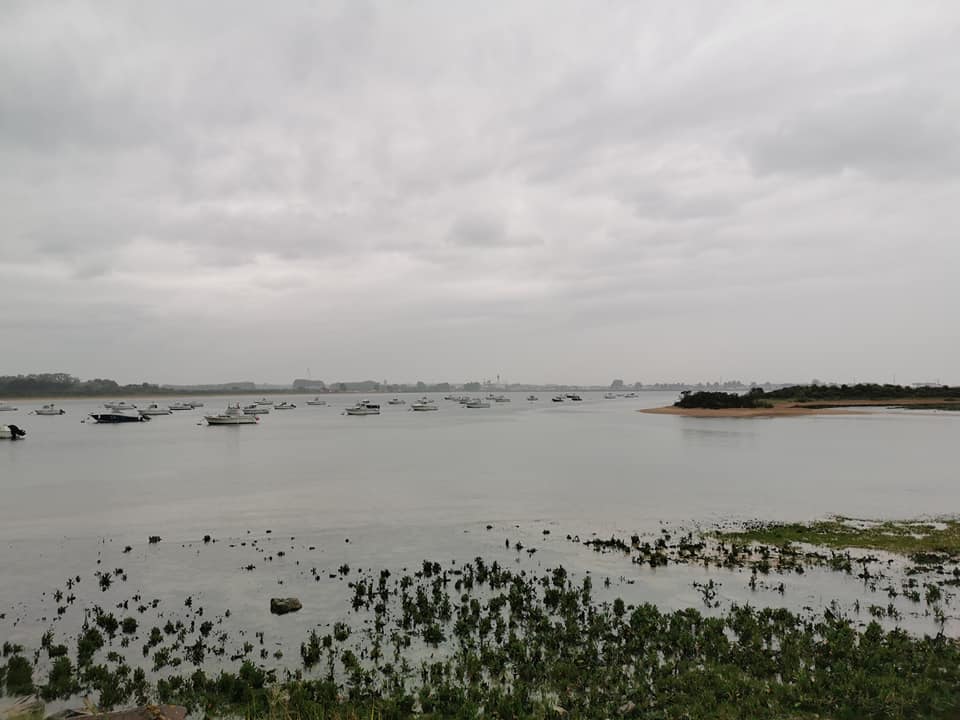 We even bumped into the guy from the ferry again! 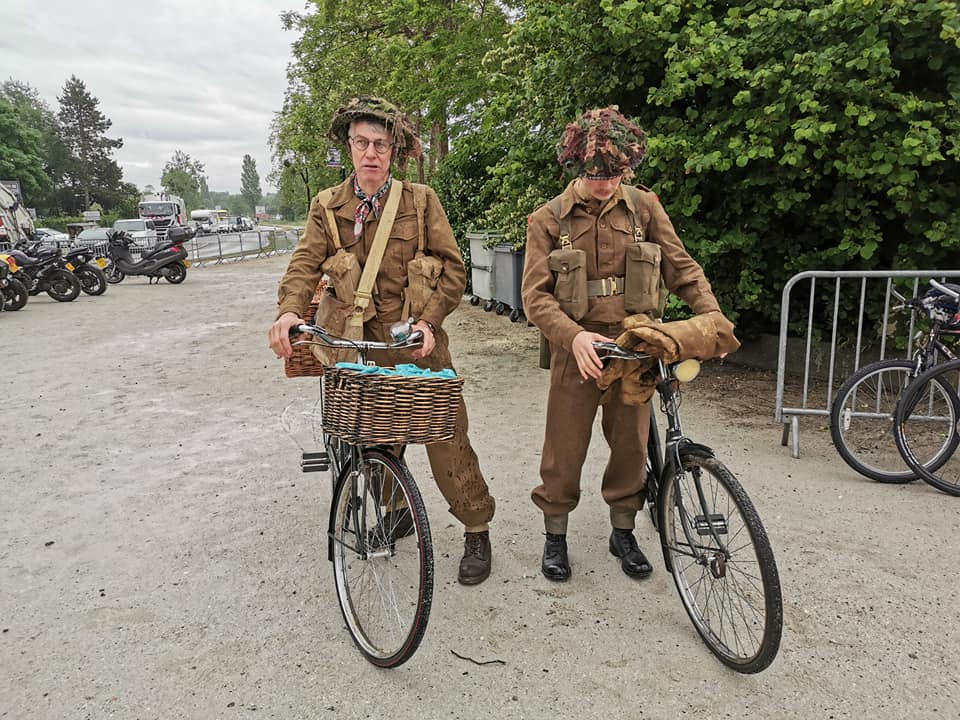 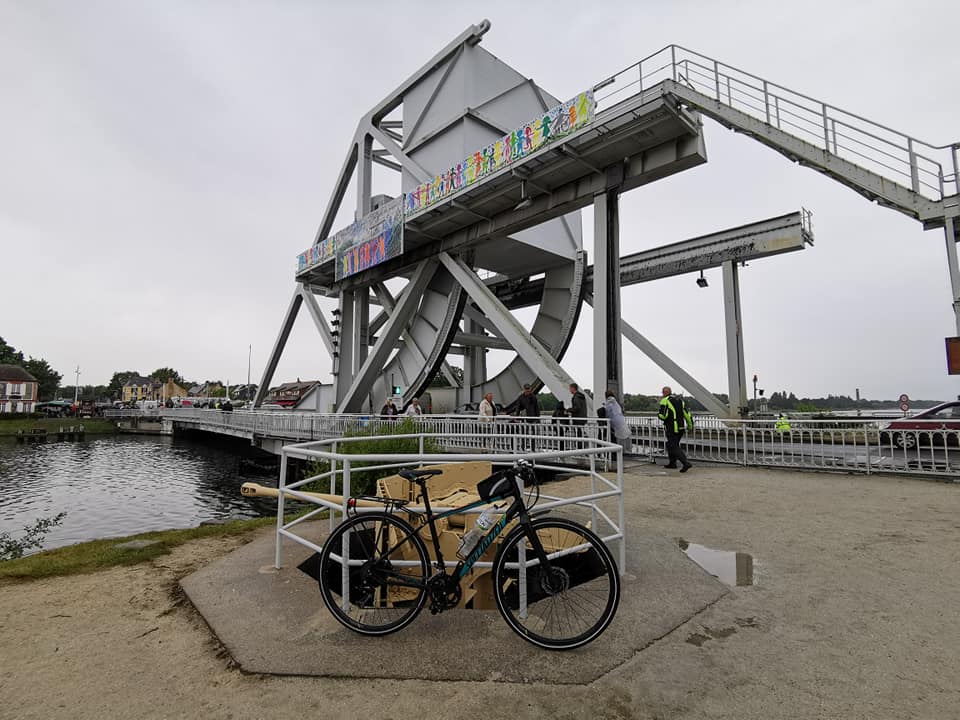 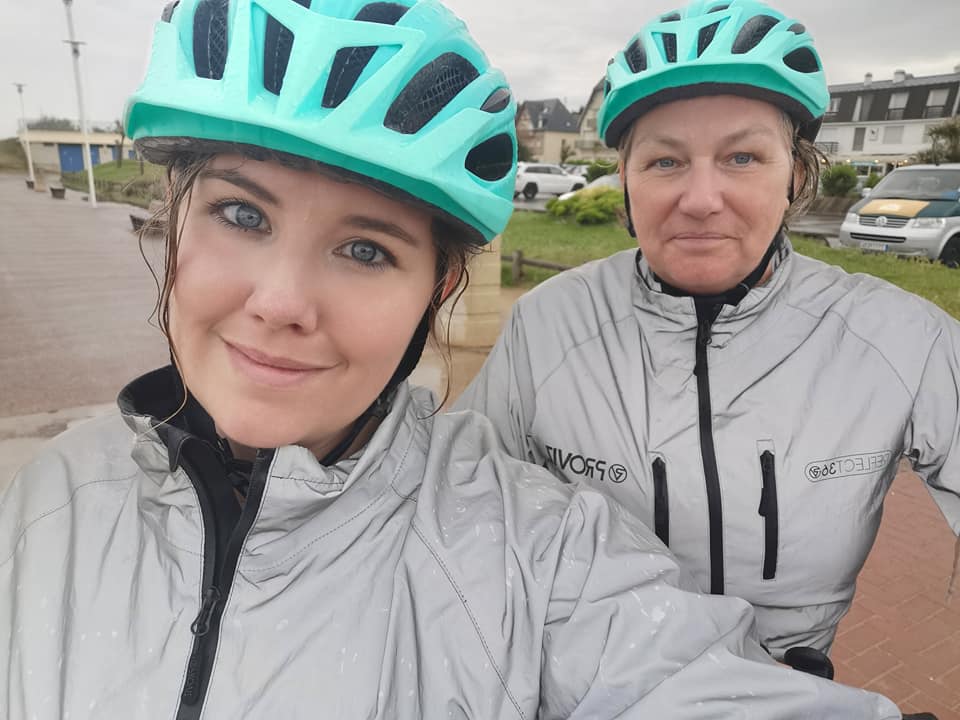 At this point my stepdad headed back to the ferry as he was off home… We headed back to the campsite, had a beer and dried off, ready for the next day, which saw us heading back to Pegasus Bridge, before across to Breville, Le Mesnil Crossroads and on to Sannerville in time to see Daks over Normandy…