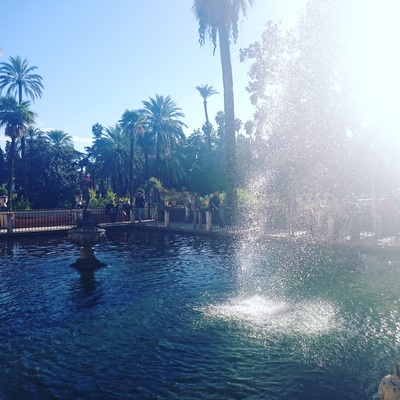 One of my best friends from university recently got married in Seville. We flew out for it and I have now found another European city to love. Lonely Planet describes Seville as a ‘flamboyant, charismatic, ever-evolving Andalucian metropolis’  and I would have to agree.

We flew out of LGW on a very early Monday morning after little to no sleep and a Nandos breakfast (amazing by the way!). We spent Monday afternoon having some lunch and wandering around the city, before heading out for tapas and drinks (well, we were in Spain!)

Tourists, Game of Thrones and Cocktails…

On Tuesday we went all out on the tourist activities. We visited the Cathedral -Catedral de Santa María de la Sede – which is the largest Gothic cathedral in the world and the third largest church. Notable information includes the fact that Christopher Columbus is buried here and that it is a UNESCO world heritage site, and understandably as it was beautiful and so intricately decorated. Interestingly when it was being built they kept certain aspects from the ancient mosque, including the minaret, which was converted into a bell tower.
After the Cathedral, we wandered to the Plaza de España and made the most of the sunshine. The whole area was redeveloped for The Ibero-American Exposition of 1929 and is surrounded by landscaped gardens. It is huge, beautiful and is a mix of both Renaissance and Moorish revival architecture. It’s crazy to think that this was built for one event, but it’s now home to government buildings and a couple of museums. You may also have seen it in Star Wars, where it was used as the City of Theed in Episode I and II.

After a rest of our poor feet and a cerveza we headed to the Alcázar. My friend Megan told us to expect that we would not get in, that there would be a huge queue as it was used for filming in Game of Thrones and was a hugely popular attraction in Seville. We thought we’d see how long the queue was and ended up waiting in line for about 3 minutes… I think she may have made that bit up! The Alcázar is a Royal Palace and one of the most beautiful places I have ever visited (also it’s a UNESCO site – Yay for the UN)

It was used for some of the scenes that take place in the principality of Dorne.

Warning: The palace and gardens are huge and you’ll need a lot longer than the 1.5hrs we left ourselves! 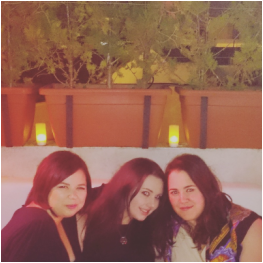 The rest of the week was spent drinking cocktails, dancing and celebrating Megan and Dan’s wedding. She looked absolutely stunning, the wedding was beautiful, it couldn’t have been more perfect. We all suffered a few terrible hangovers… I was so happy to have been there for Megan’s wedding though and I know she’ll be so happy in the future. It was great to spend time with two of my best friends in such a beautiful city.

If you want to visit Seville there are a number of flights from the UK every week, it’s beautiful and the shortest airport transfer ever in to the city!

Have you visited Seville? What do you think is worth seeing on a longer visit?