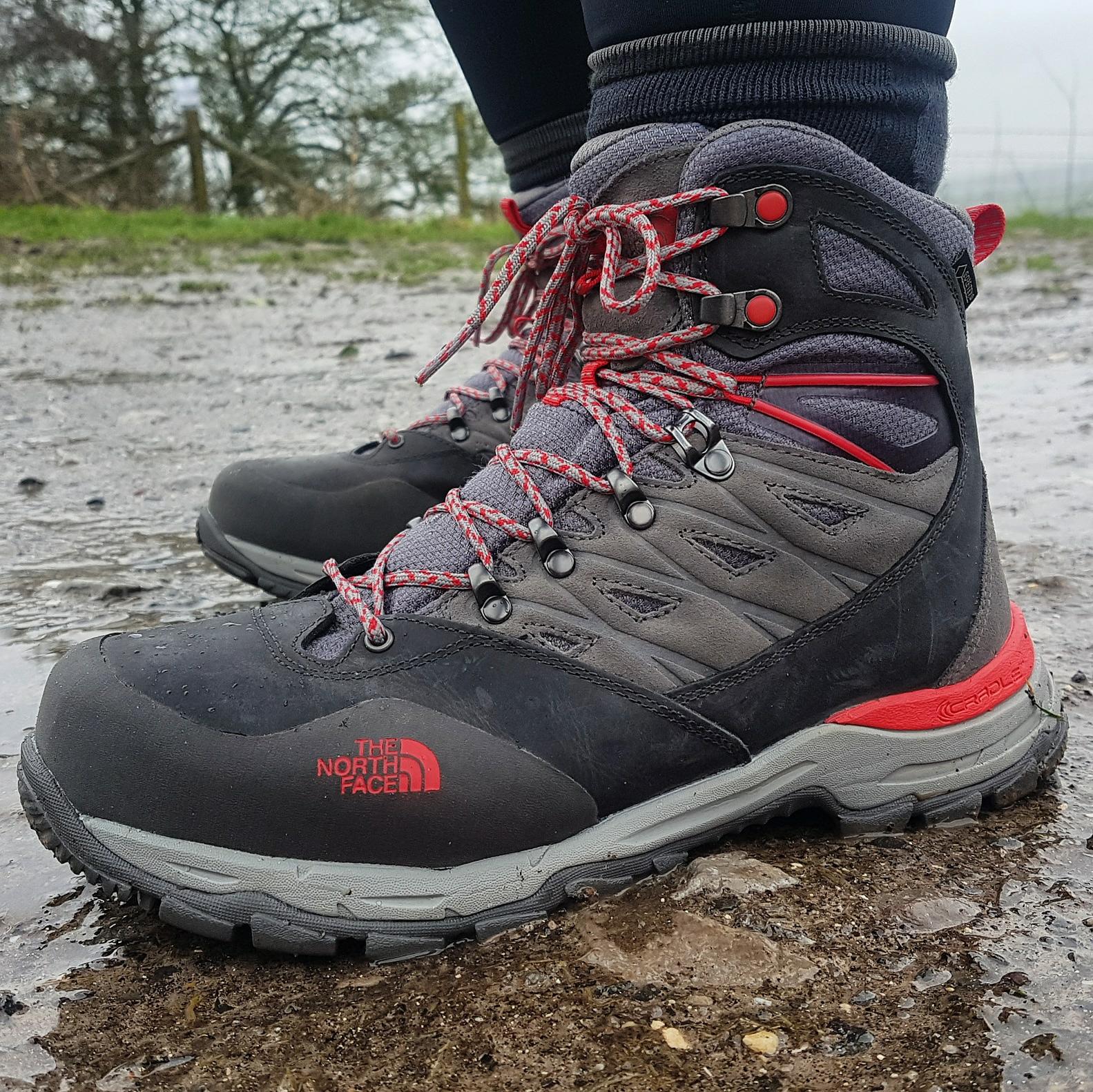 Walking boots now seem to come in every shape and size and, after having worn many pairs over the years, I feel pretty confident at putting them through their paces… pun absolutely intended.

The last pair of boots I owned by The North Face, back in 2016, were the most comfortable boots I had for walking in the hills at the time, I even wore them up Kilimanjaro. Unfortunately, it was there that they let me down… Compressing my toes a little too much. I don’t have particularly wide feet, but I ended up with a mixture of no feeling and pins and needles for about 1.5 months after my return from Tanzania.

When I received The North Face Hedgehog Trek GTX Boots in the post, I was excited, though.
They were an entirely different style, shape and fit.

I took these out on a very wet, muddy dog walk over Easter, to one of the few hills surrounding Wincanton – Whitesheet Down, knowing that they would have to deal with gravel paths, mud & chalk slopes and pretty much everything else in-between!

Straight out of the box they were comfortable, and the footbed was super bouncy, something you definitely need on those rockier paths, though I would say that for my feet (size 7.5 but the boots are an 8) the orthotic support felt a little too noticeable on the arch, which I’m sure you would get used to with prolonged wear. The toe box was perfectly sized, putting all my previous TNF boot prejudice fears to rest, and they provided an amazing amount of ankle support on the downhill slopes. Often, with higher rise boots, you can get some rubbing points on the ankle, but I didn’t find this at all. They just seemed to fit!

The main section of the boot was incredibly waterproof, and I found every puddle possible to test the theory properly. Though, I will add that a little water got through on the upper section, from the rain. If I had worn waterproof trousers over the boots or gaiters, rather than walking leggings, I’m sure this would not have been a problem. 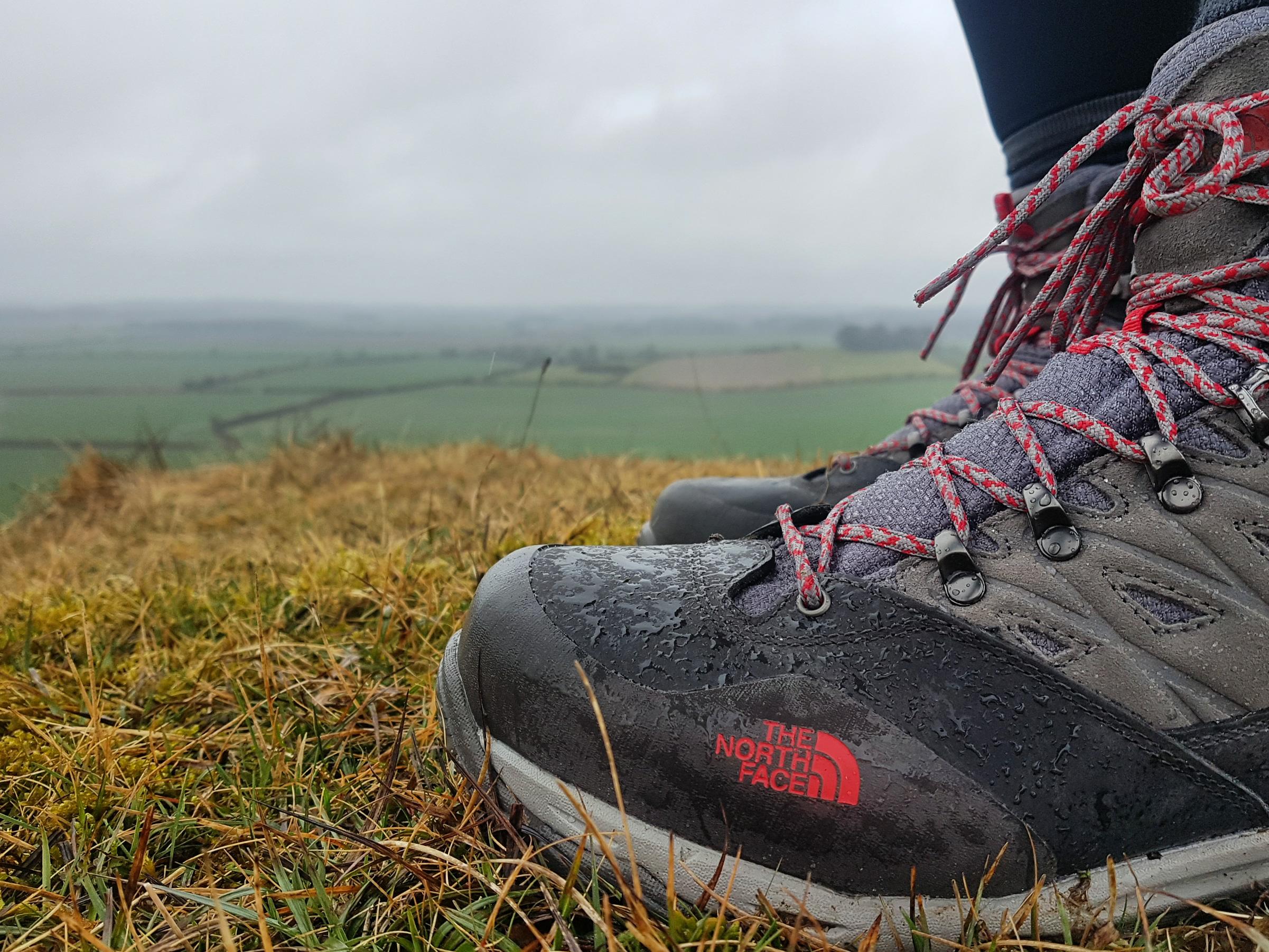 As for the grip? It was brilliant on wet mud and grass, and I didn’t once feel like I’d fall over and give up all my dignity in a flurry of muddy squeals – always a good thing!

The only negative points I have are that, in a similar fashion to my other TNF boots, I felt the laces came loose quite easily, and I wasn’t a huge fan of the single colour option, but that’s only because I live in varying shades of blue! This pair are Dark Gull Grey/Melon Red.

Overall, I have to say these boots are great and, based on the comfort level, would be ideally suited for anything from walking in the hills and mountains of Great Britain to longer treks, such as the Tour du Mont Blanc or Camino.

*I was kindly sent these boots by Ellis Brigham, but as ever the above is my own honest opinion!