3 weekends finished!I know there are some who ride this in less than 24 hours, but to be honest my knee would hate me and I like taking everything in/having a look around the places I stop in 🙂

This weekend I rode from Axminster to Salisbury (well, the final plaque was in Salisbury and then I headed out to Nether Wallop, about half way to Andover).

I’m now well over half way through The Trafalgar Way bike ride from Pendennis Point in Falmouth to The Admiralty in London, all raising money for the Duke of Edinburgh’s Award.

After reaching Axminster last weekend I returned to the town and set off in the direction of Bridport. I was met at Cooks Lane by Craig, someone I follow on Twitter, who kindly agreed to ride the section from Axminster to Hardy’s Monument with me, despite me telling him how slow I would be!After a bendy lane and a couple of hills which killed me, we headed down a very muddy farm track near Whitchurch Canonicorum, before dropping down through Dottery in to Bridport. Again, the technical route for The Trafalgar Way is along the A35 but it was exceedingly busy, and there’s no point putting yourself in danger. This was a great route which took us away from the main road, but obviously if you’re happy to cycle busy A Roads, then do so!

We headed through Bridport Town Centre which was heaving (market day!) and found the plaque on the side of The Bull Hotel. 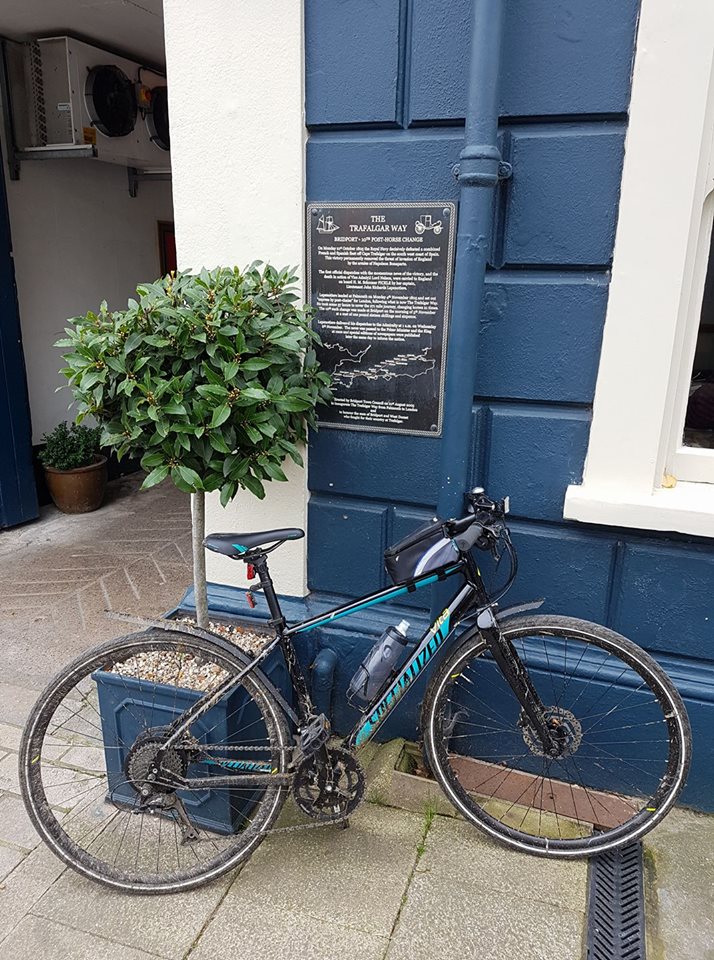 Again, the technical route along The Trafalgar Way heads directly along the main road from Bridport to Dorchester, but given that just outside of Dorchester, on top of the hill, sits a monument to HMS Victory’s very famous Captain at Trafalgar, the diversion had to be made…We headed down the coast road through Burton Bradstock and Abbotsbury and were treated to some beautiful views! You could see right over to Portland.

Again, the technical route along The Trafalgar Way heads directly along the main road from Bridport to Dorchester, but given that just outside of Dorchester, on top of the hill, sits a monument to HMS Victory’s very famous Captain at Trafalgar, Thomas Masterman Hardy, the diversion had to be made…From Abbotsbury you head through the pretty little village of Portesham, before starting a climb up a lovely hill with a 17% gradient… I have no shame in admitting I made it about half way before I had to get off and walk because it was faster!

As some of you will know I took one of HMS Victory’s ensigns up Kilimanjaro, it also came to Pendennis Point with me and so it was brought out again (albeit in my mum’s support vehicle – thanks mum- and she met us at the Hardy Monument) at the Hardy Monument. Well, he was her Captain after all! 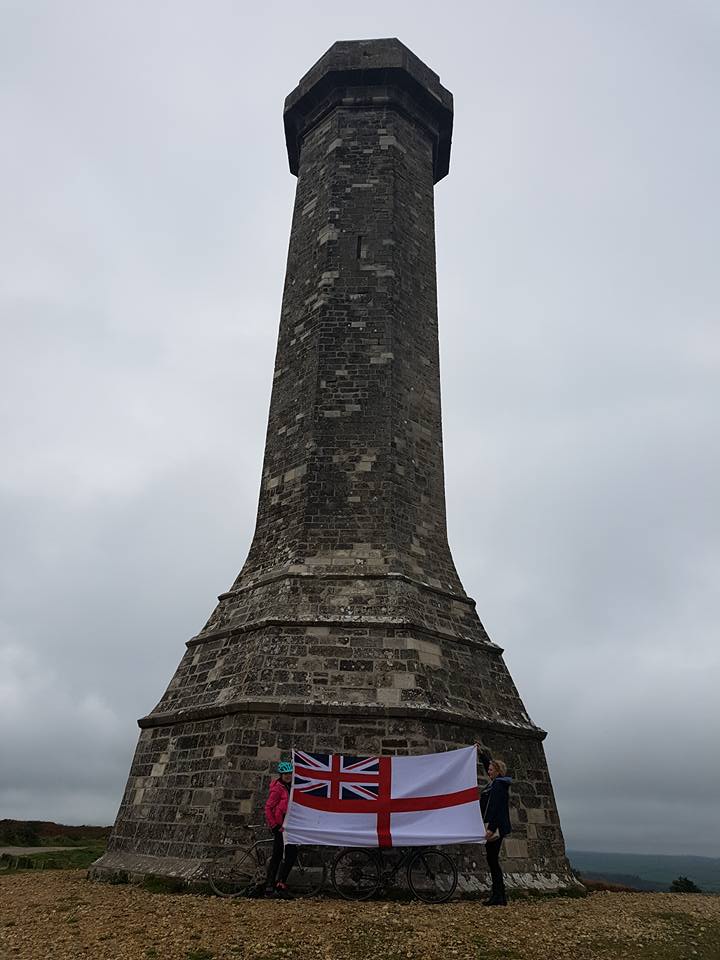 Thankfully, what goes up must go down, and after saying goodbye to my fellow cyclist for this leg as he blasted back to Bridport, I whizzed off down the hill towards Poundbury and in to Dorchester. As I rode down the hill, I spotted this, so had to take a photo! 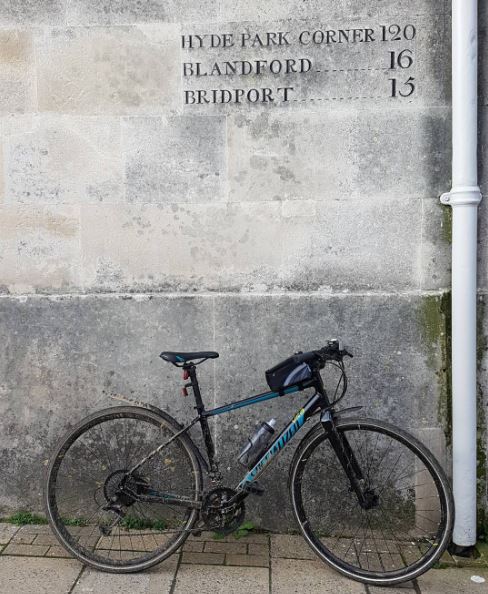 From here I headed down to the old pump and in to Antelope Walk, where I found the next plaque. 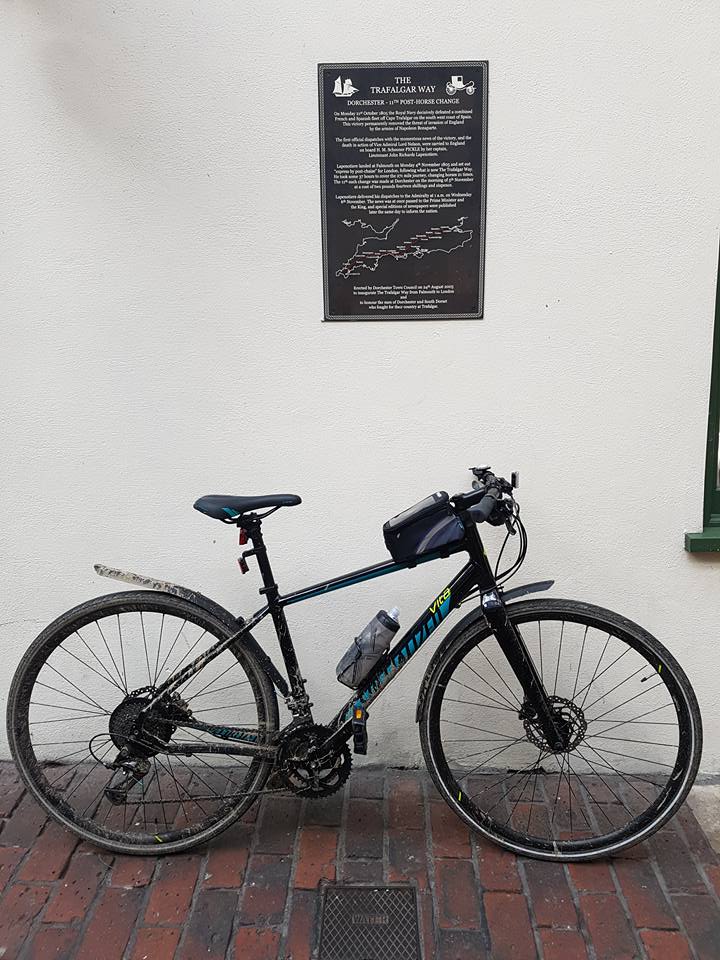 From Dorchester, I headed out to Puddletown, which is where I stopped for the day on Saturday. Puddletown is famous for being the village which provided the inspiration for the village of Weatherbury in Thomas Hardy the author, not the naval Captain’s, novel Far from the Madding Crowd!From Puddletown you head out along the A345 and this is basically the road you follow all the way to Salisbury.

The next plaque is found in Blandford Forum, on the side of the Greyhound Inn. 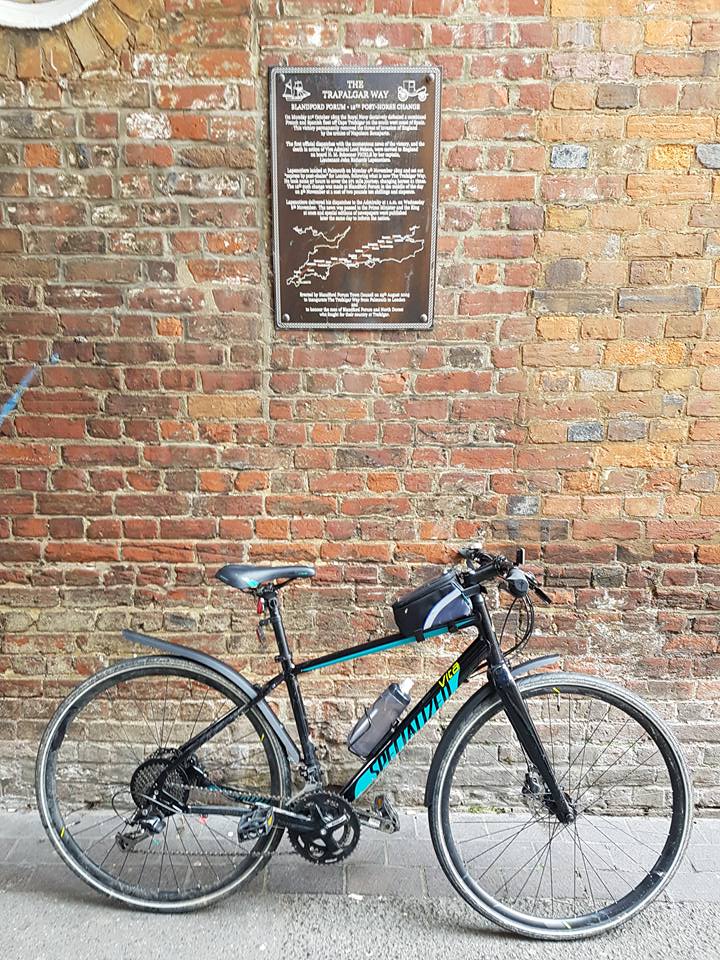 Heading out of Blandford, again on the A354 you head out through Pimperne and past a number of mile markers until you reach a bus stop at Woodyates. The next plaque is right next to the bus stop. This is the first one I’ve come across which is in poor condition. The text was there but you couldn’t really see it, which was a shame! 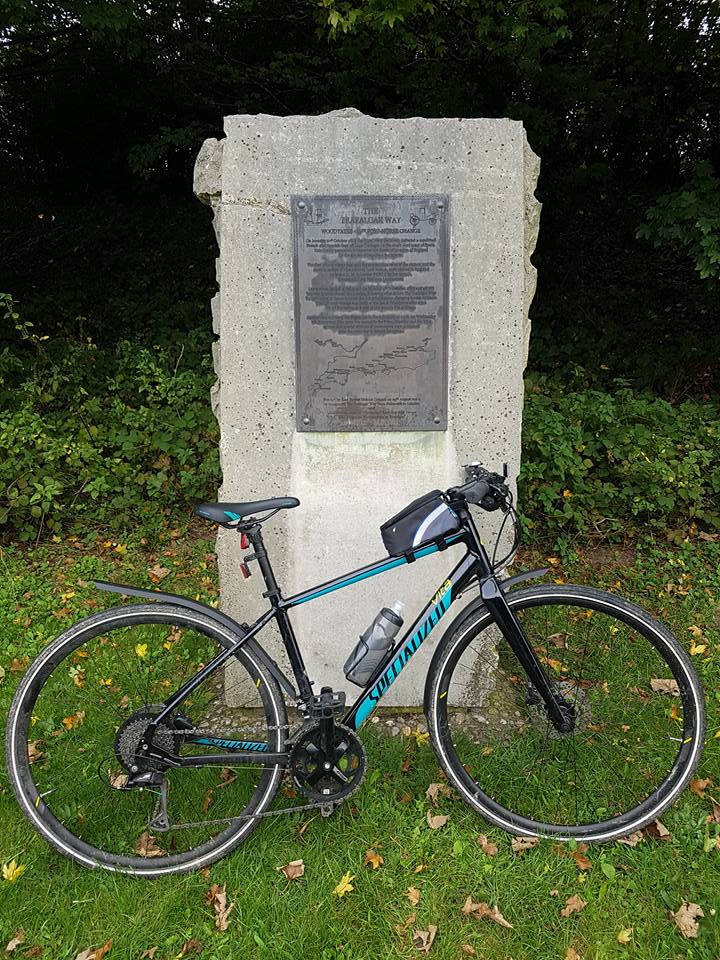 The A354 is a very long, straight road, but as you come in to Salisbury you start to climb before heading back down in to the City. I chose to divert slightly off the main road because it was a very busy Sunday and I knew that cutting through the Cathedral Close would be a nice way to get in to the city centre.​Of course, I took the cliche tourist photo! 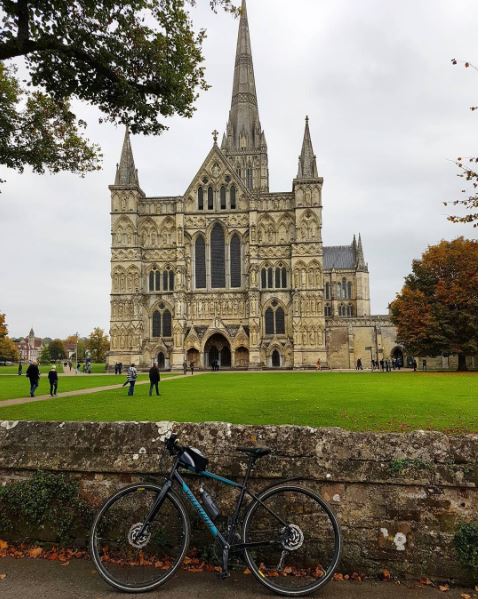 The plaque was on the Guildhall. All information I had prior to arriving in Salisbury (and all the info online) tells you it’s inside the Guildhall, which was closed. Disappointed, I thought I would just wander round the outside, just in case…A good thing I did, as it was actually on the back of the Guildhall! 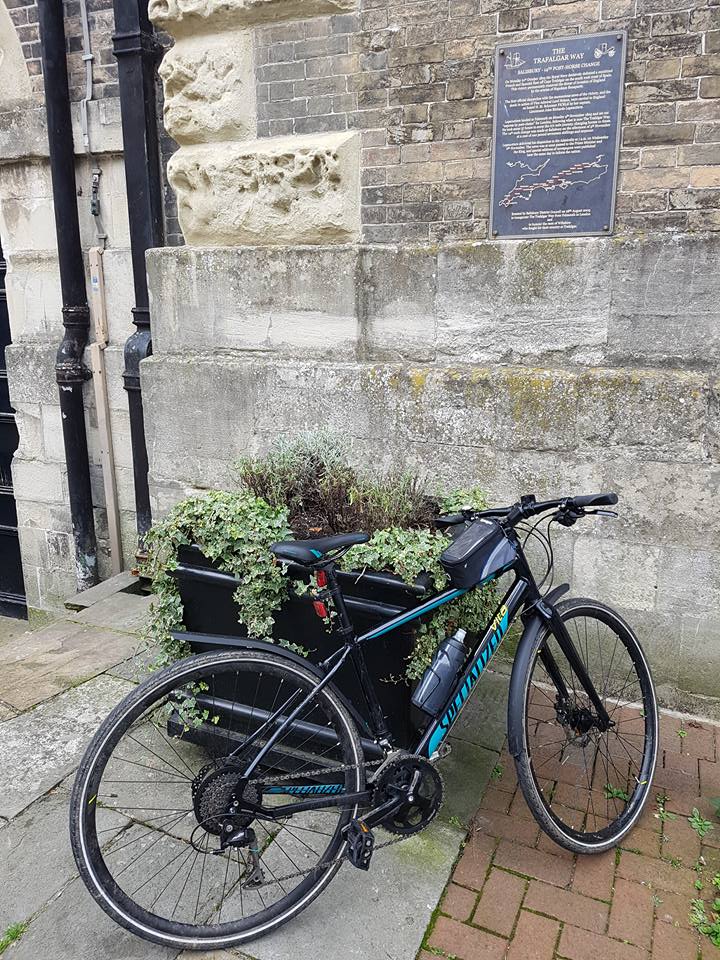 From Salisbury I headed out in the direction of Andover (my next plaque stop) and called it a day upon reaching Nether Wallop as I wanted to go and chill for an afternoon.
Next Friday, I’ll be heading back to where I left off and heading to Andover before the final 80 (ish) miles in to London, hopefully reaching The Admiralty on Sunday!I hit my target of £500 this weekend and am still continuing to fundraise!
It’s all to raise money to help young people get involved with The Duke of Edinburgh’s Award.
It is a charity and it really does help so many!

If you want to cycle The Trafalgar Way click here for this weekend’s route on OS Maps.
You can even download it as a GPX file. ​​