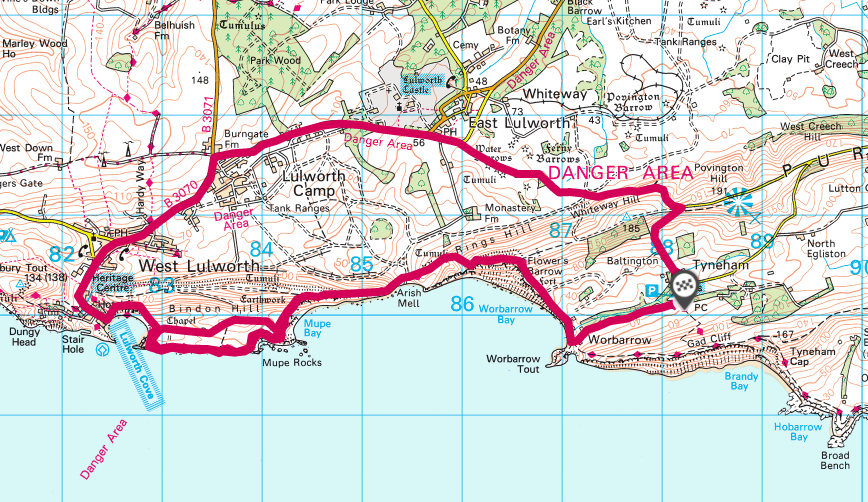 A couple of weeks ago, I decided to head to one of my favourite parts of the SW Coast Path for a bimble.

This is a section I walked a lot as a child with my parents, and one with arguably some of the best views across the Dorset coastline.

Unfortunately, I chose the rainiest day of the week to head down, but it was still beautiful. This walk can only be completed on days that the Lulworth Range Walks are open to the public, so make sure you check before heading down there! 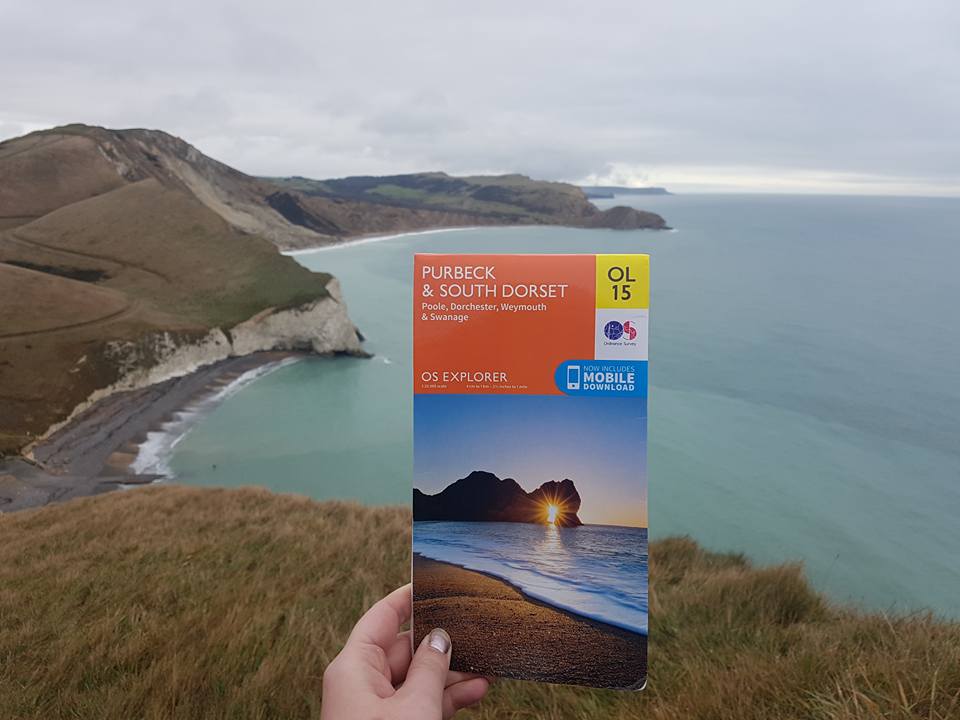 This walk starts and finishes at the village of Tyneham, a ‘ghost village’ on the Lulworth Ranges in Dorset and is one of the only parishes in the UK with a population of zero…

In 1943, the land (including the village) was requisitioned for military use, to be used as firing ranges. The people of Tyneham left their houses, intending to be able to move back, but never did. The temporary evacuation became permanent and in 1948 the Army placed a compulsory purchase order on the land, and the area has been used as a firing range ever since. 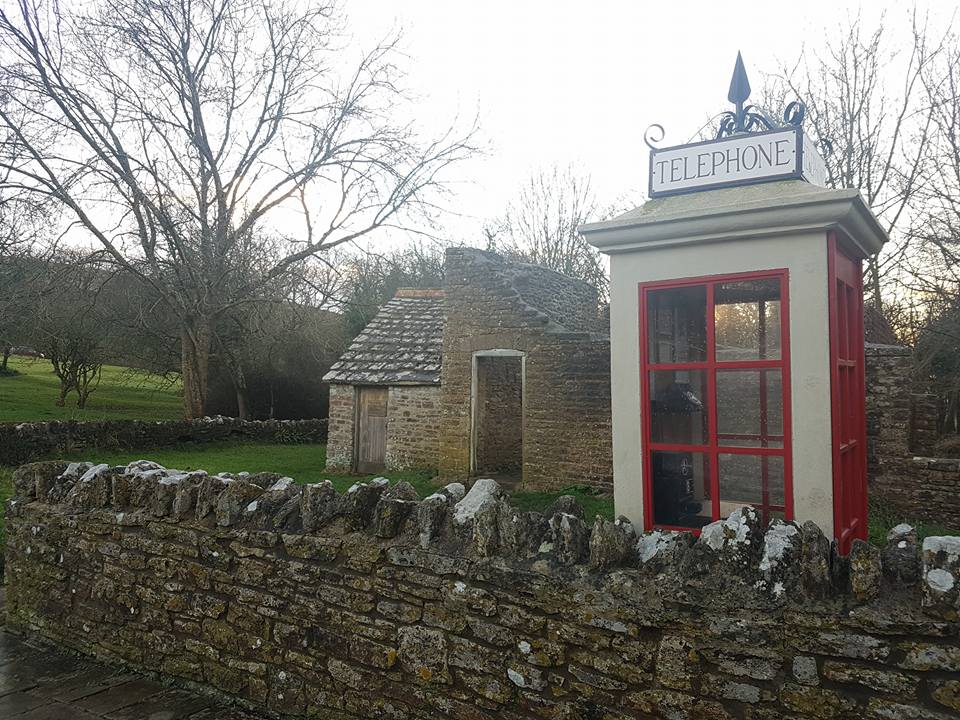 From Tyneham, you walk out of the village towards Worbarrow Bay. Again, there used to be houses and a coastguard station here, but minimal signs remain of these.  The beach is beautful, though always seemingly full of plastic, which is a shame. It’s been that way for as long as I can remember. Perhaps the MOD would allow an organised pick up for the Outdoor Bloggers (I remain optimistic). 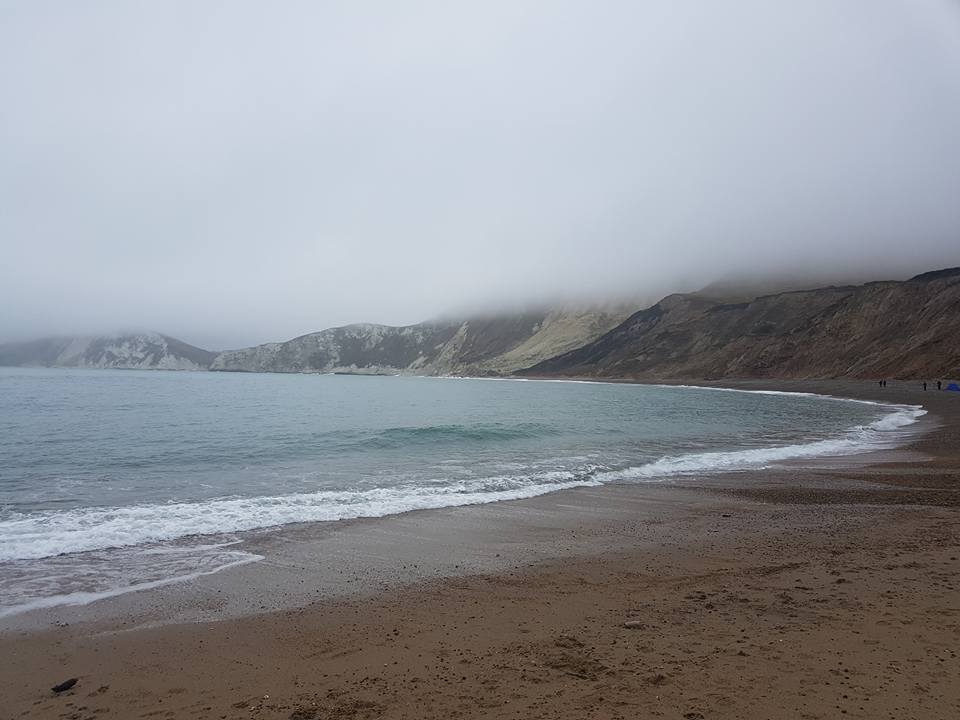 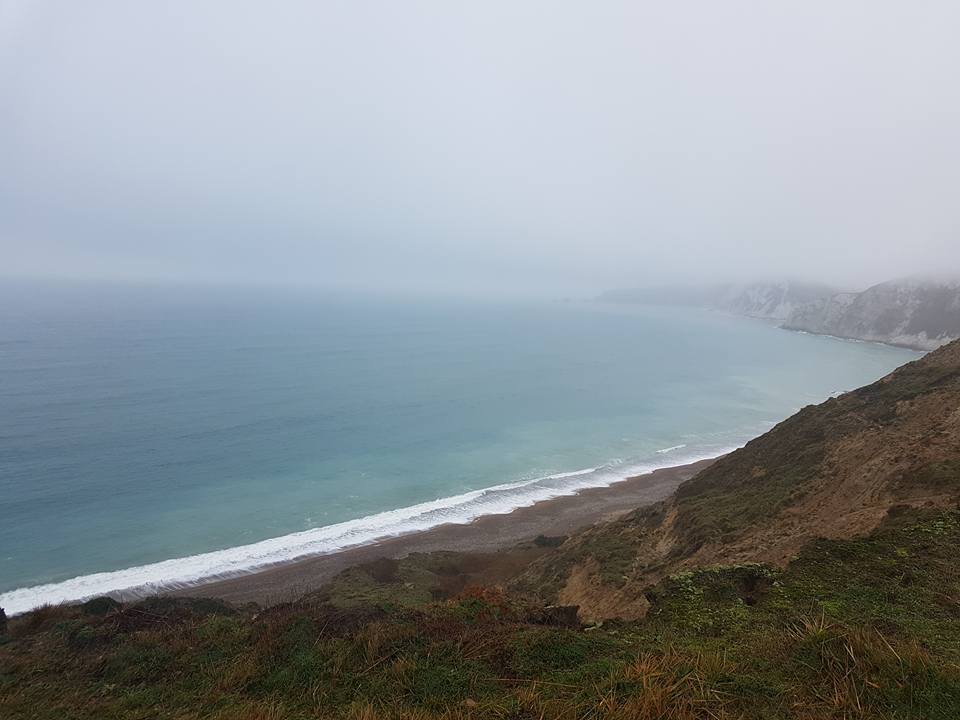 Out of Worbarrow, you follow the SW Coast Path markers up the hill. This section is steep, and on a wet day (and it was, very) can turn very slippery. I slid a few times and had to use the grass to get myself up a couple of the ‘steps’. Still, this is what makes it more fun! 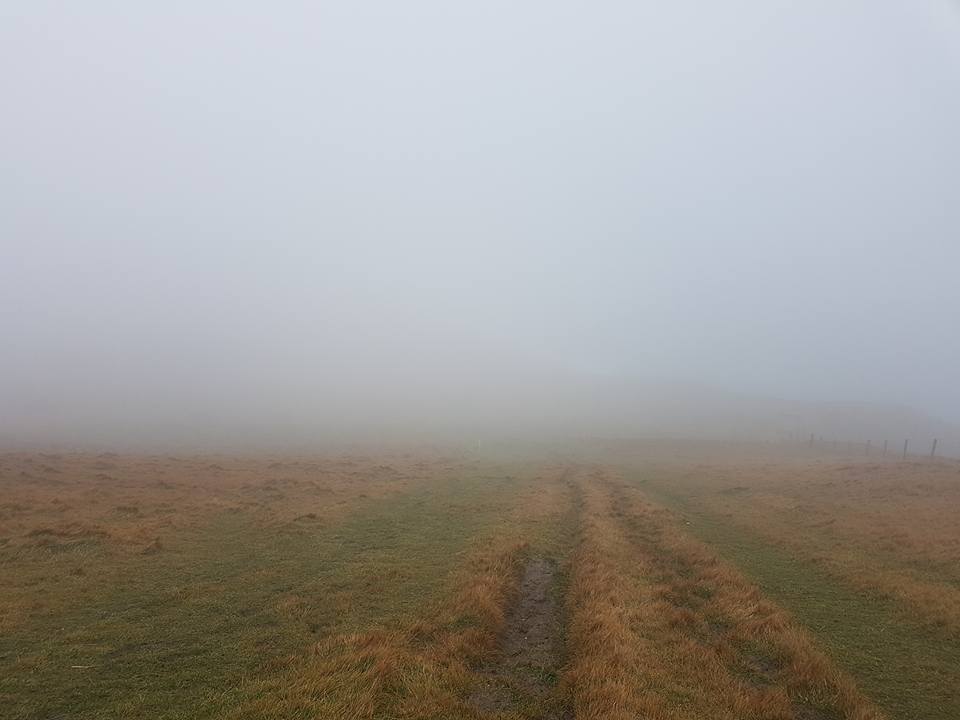 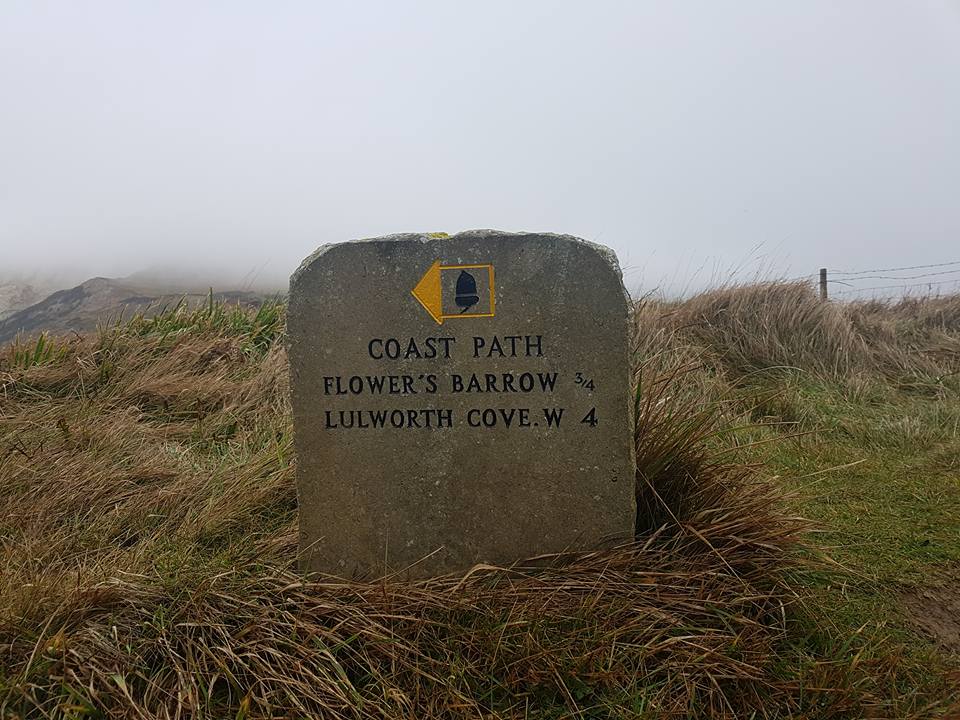 At the top of this section is Flowers Barrow, an iron age hillfort built over 2500 years ago. You can still see hut circles and some of the ramparts. From Flowers Barrow you follow the Coast Path markers. Don’t worry if you can’t spot them, there are also yellow posts all along this route which you need to stay inside anyway, due to unexploded ordnance left over by the army. You really can’t get lost, even in the fog! 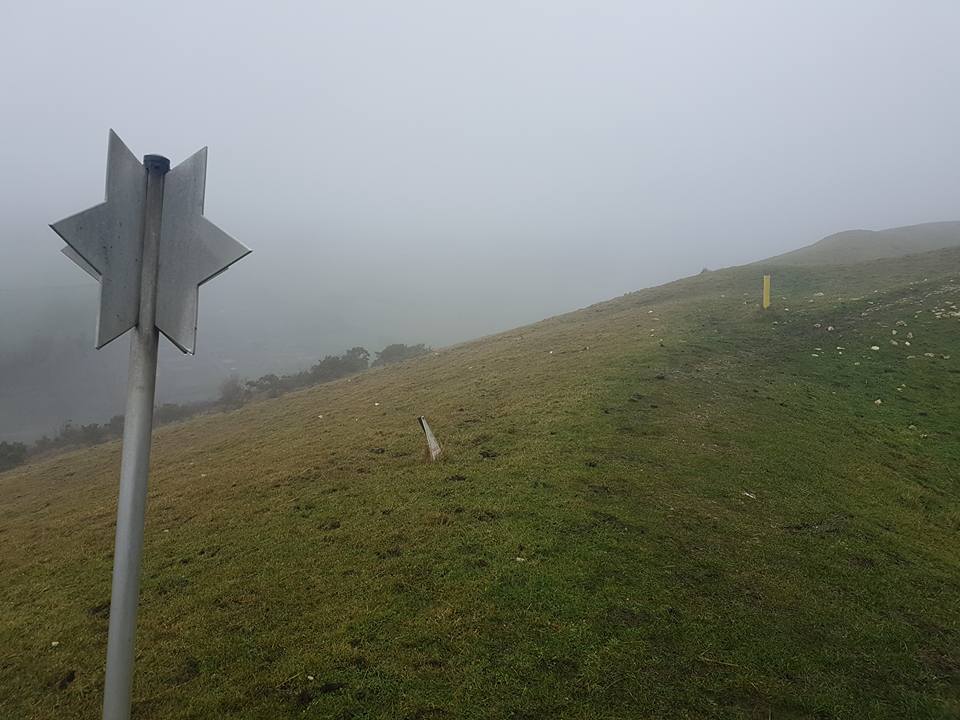 Walk over the top of Flowers Barrow and you’ll begin to head down the hill. I was fortunate here in that the clouds began to lift, and as I descended to Arish Mell, I was greeted with beautiful views. 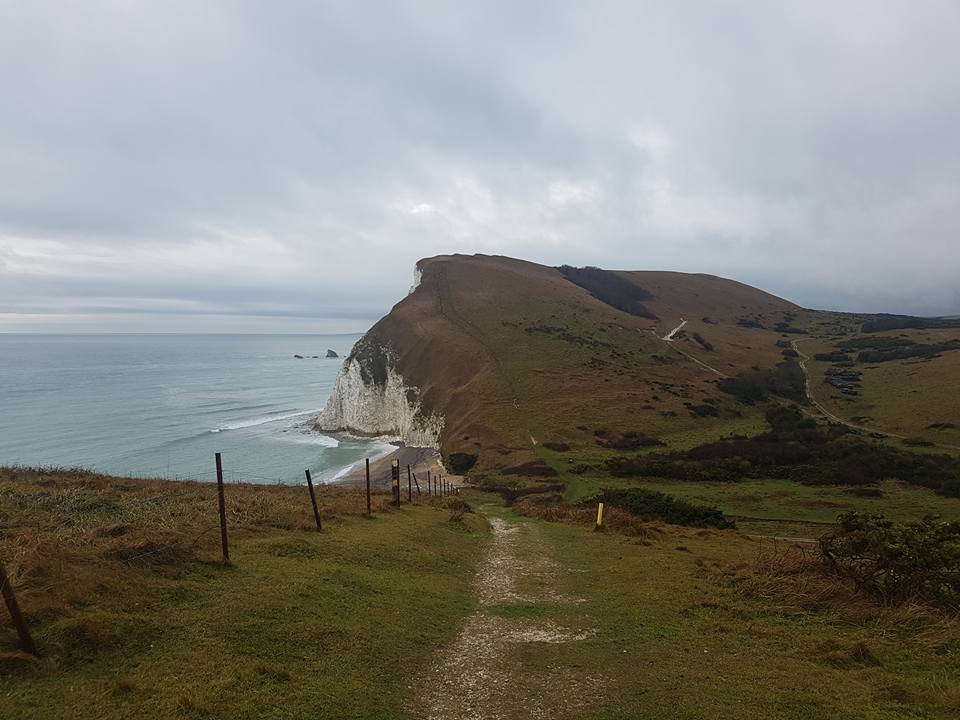 Local legend says that one foggy night Roman legionnaires were making their way back to camp across the cliffs at Arish Mell and fell to their deaths. It’s rumoured when the night turns foggy & if you listen very carefully, you are able to make out the clang of armour and their desperate cries.

If, however, you’re there in daylight, it’s worth noting that you can’t go on to the beach due to unexploded ordnance (spot the theme). Arish Mell is also the site where the pipeline from Winfrith Nuclear site used to come out into the sea. 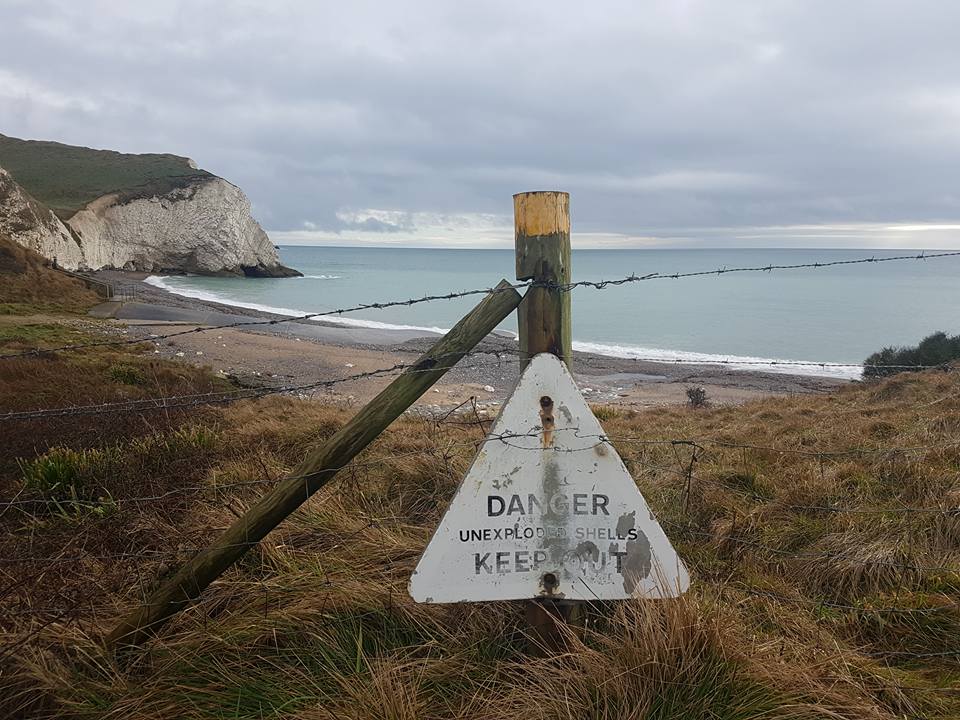 From Arish Mell, you head back up the cliffs, it’s another steep climb but there are steps (of sorts) if you choose to use them. I recommend you do, not least so you can finish this walk, but also so that you can see the beautiful views along the coast in both directions! 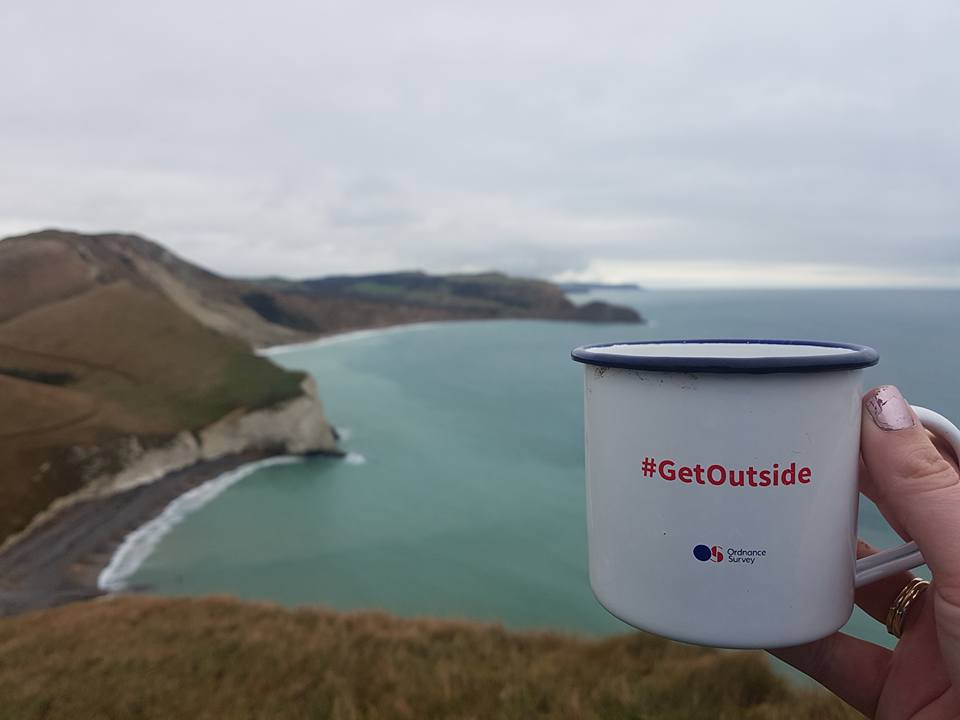 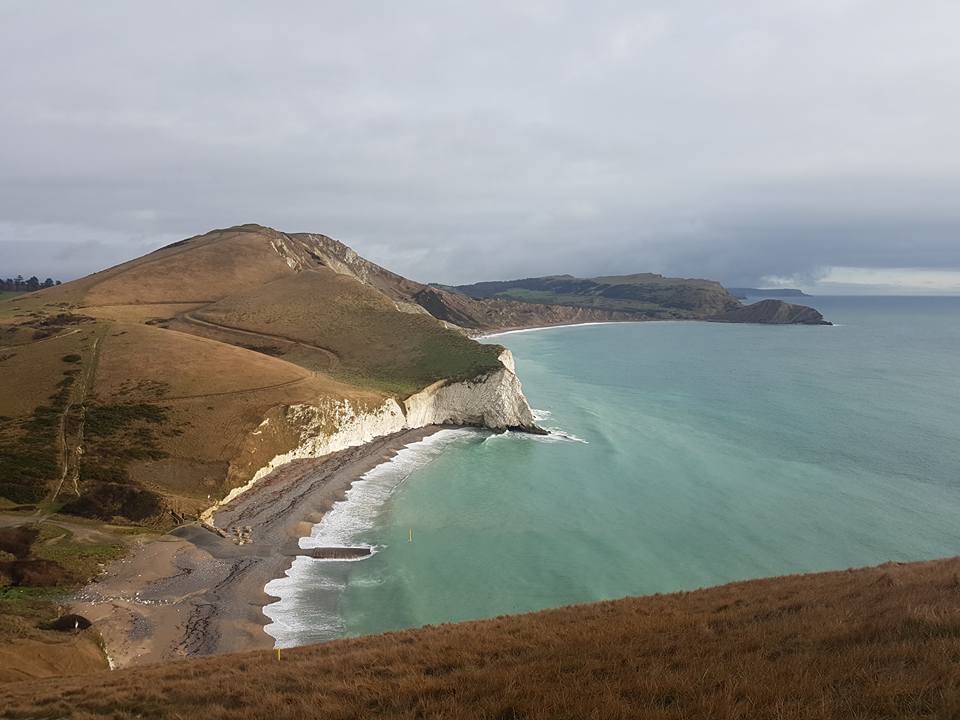 Eventually the coast path splits, follow it to the left and you’ll head down to Mupe Bay A beautiful spot in summer, and due to its inaccessibility often a lot less busy than other beaches along the coast… 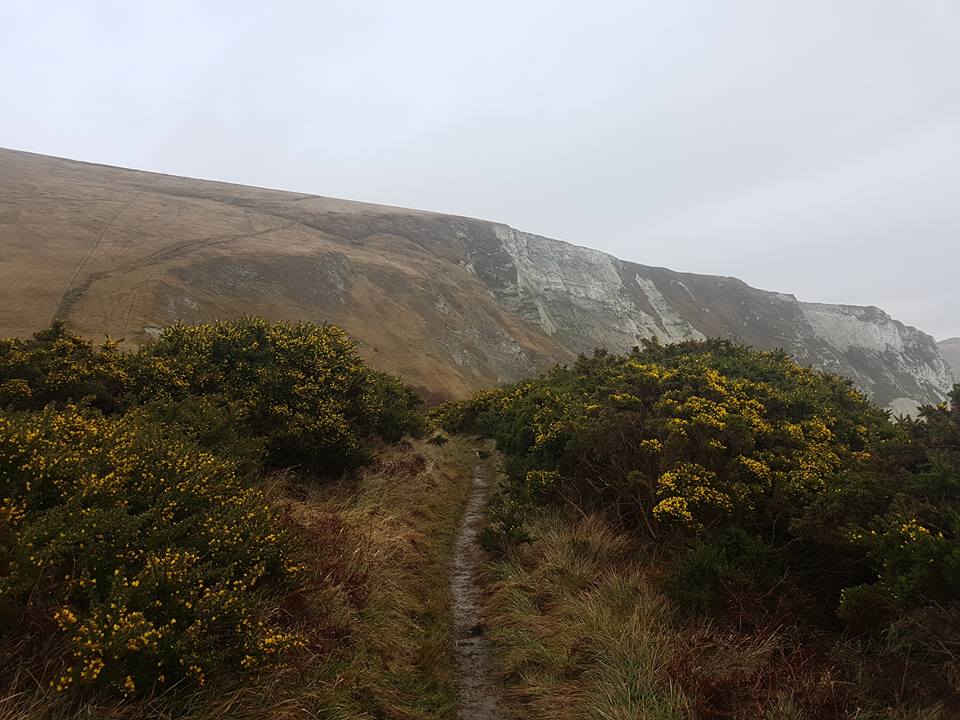 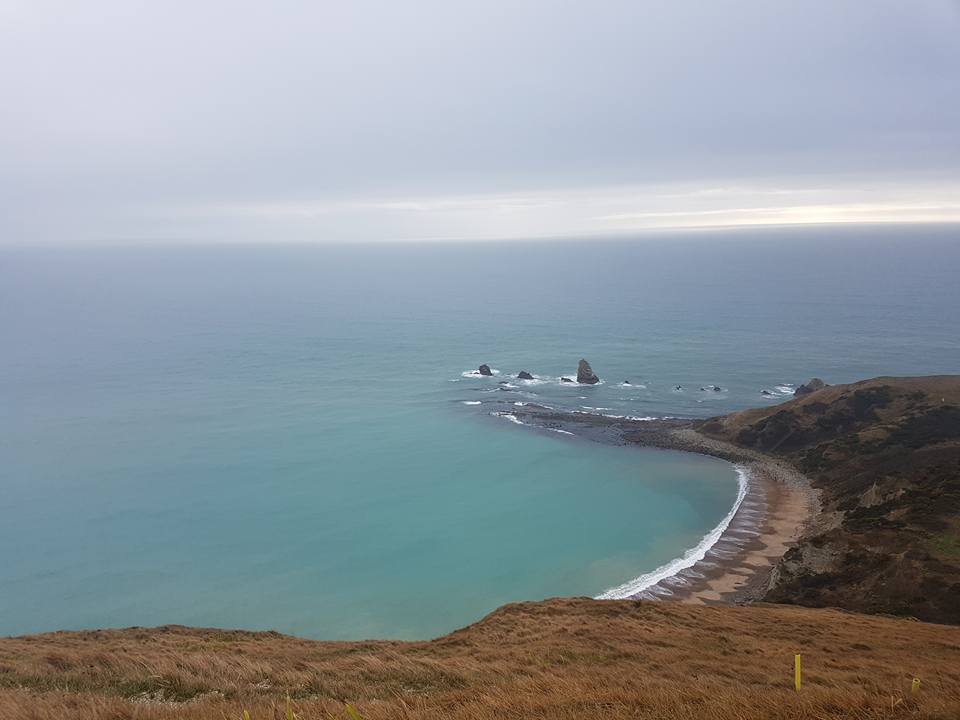 From here you walk along the coast path, above a smuggler’s cave, past the fossil forest and a lookout tower. You’ll eventually pass through the gate that takes you out of the Lulworth Ranges. 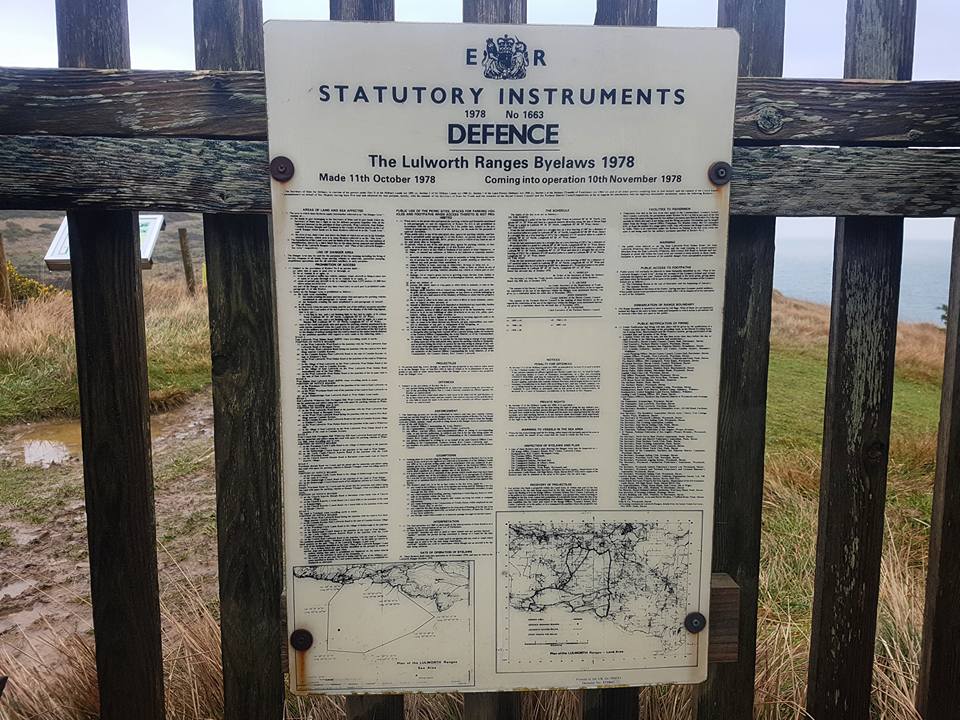 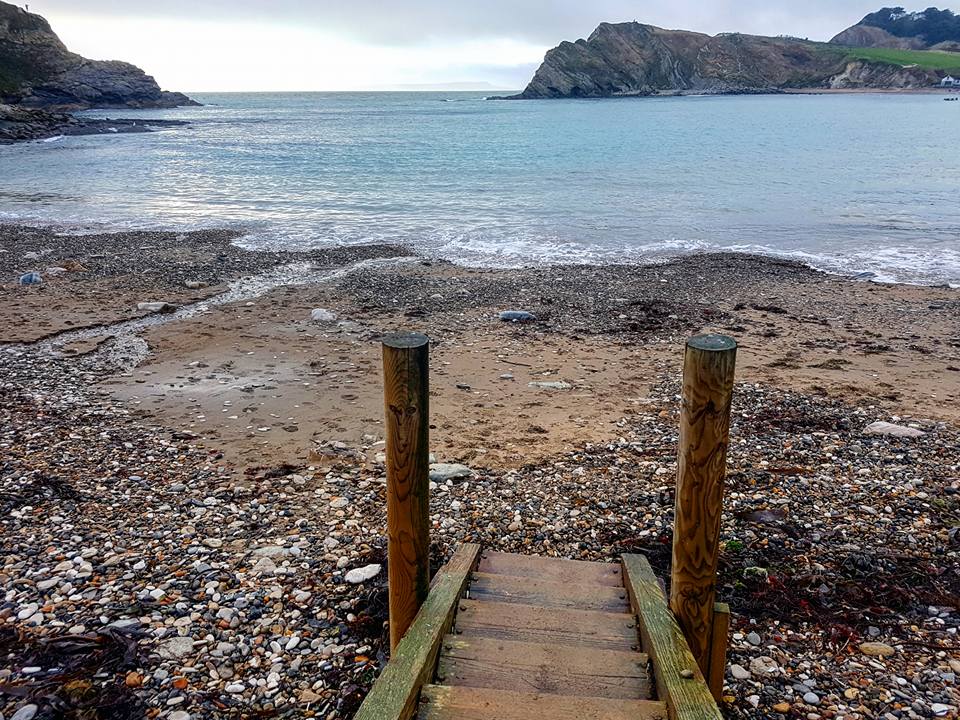 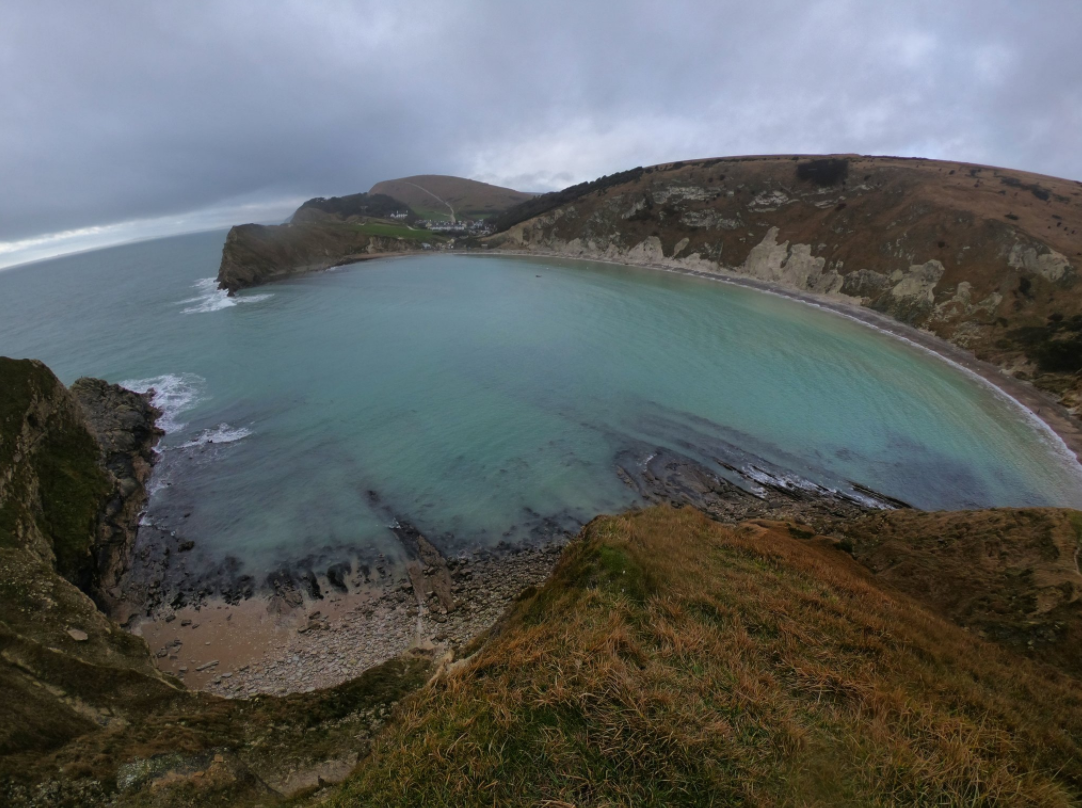 From Lulworth, I walked out past the camp and castle and back over the hills to Tyneham. You could either do this or loop back along the coast path, but due to the muddy steep ascents, I didn’t fancy sliding down the hills. 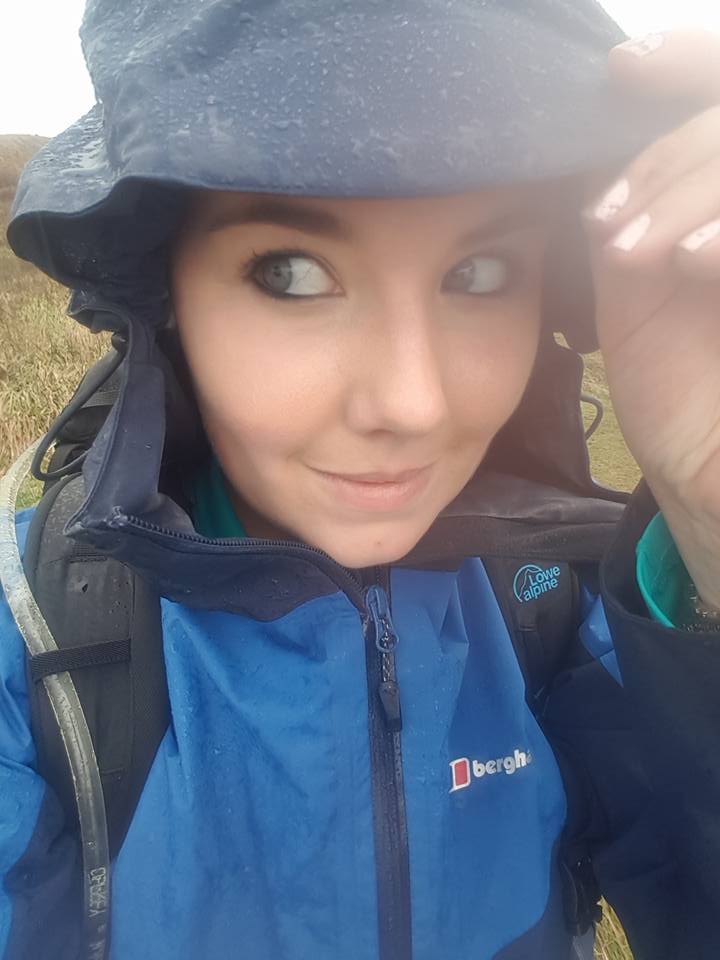 In total my loop was about 19km.

You can find it online at OS Maps if you want to follow it – here.

Be aware that there are a few steeper sections on this walk, and minimal spots to divert off once you’re on the path due to the range restrictions.

That being said it’s just beautiful, and I can’t recommend it enough as a spot to GetOutside!