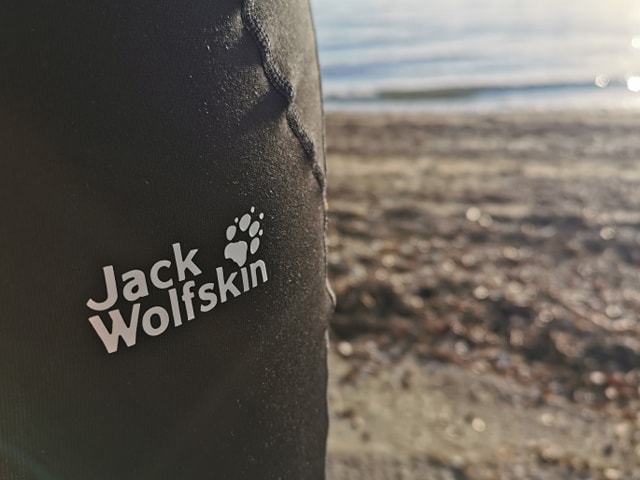 It’s been an incredibly stressful few weeks. Work, university deadlines and plenty of personal life drama. I find the best way to de-stress is always to get outside, go for a walk and clear my head, which is just what I did this weekend. Initially, this post was written about an incredibly rainy woodland wander a week or two ago, but today I decided to rewrite the whole thing, because I had the most beautiful walk and the Solent is looking breathtaking at the moment.

Anyway, it’s been a crazy couple of months, and sea air cures a multitude of ills, stress included, so I headed for my favourite beach in Hampshire… Lepe. Not only is this my favourite because of the views it affords across the Solent, but it’s absolutely steeped in history.

From housing an eighteenth century shipyard to being a D-Day departure site and naval intelligence base. I think there’s even a dinosaur footprint somewhere, pretty awesome! 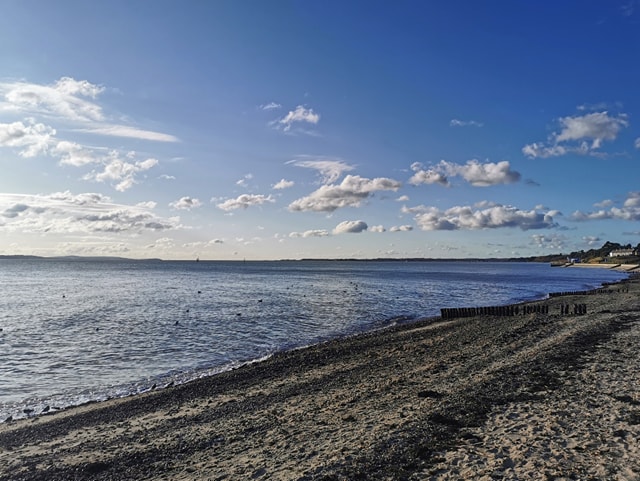 Winter has well and truly arrived and despite the glorious sunshine, there was an incredibly bracing wind on the south coast today so I dressed in my cosy gear. Today, that included the Jack Wolfskin Gravity Winter Tights and JWP Vest. I have always been a sucker for leggings when I’m in the outdoors. Trousers have their place, absolutely, but the freedom of movement tights afford is second to none and on top of that, you never have any flappy hems irritating you. What’s not to love?

The Jack Wolfskin Gravity Winter Tights are marketed more as a running tight than hiking, but over the past few weeks I’ve tried them for both activities. So how do they stand up? Well, for running I struggled. I’m not sure if it’s because my legs are longer, or the waist is therefore in the wrong place, but I found that they fell down, even when tightened with the drawstring, despite being the correct size. I have this with a lot of leggings, though, and so I won’t hold this against them as it’s probably my weird body. 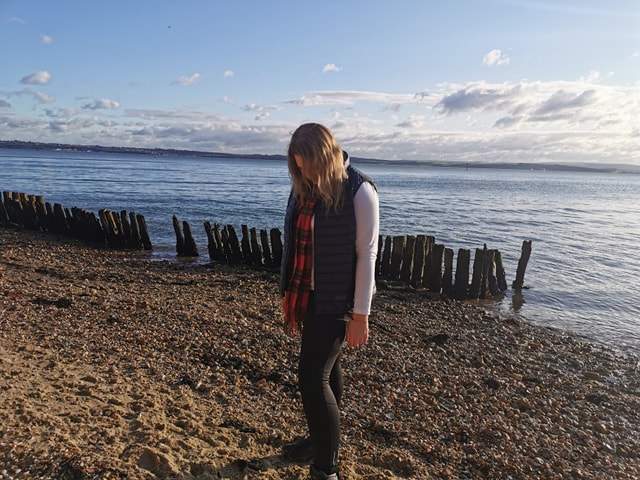 For hiking? These are superb. They have a fleece inner, which is super cosy, but breathable, and they’re the right length, which is rare for me to find in an outdoor tight. The material has a good amount of stretch in and I think these would be perfect for climbing outdoors too if, like me, you like things to be fitted. There’s a small pocket on the back of the waistband, which is handy for your keys and reflective strips on the ankle, great if it’s getting a little dark and you are out or a run, ride or stroll!

I walked along the beach past Inchmery House, which during the war was used for Free French and Polish commandos, involved in intelligence training. Along the beach ahead of me was the site of the shipbuilding yard and if you carry on along the beach you come to the Beaulieu River. Landing craft were regularly tested here prior to the Normandy landings – apparently there is still a small craft in the mud today! The wind was picking up later in the afternoon and I was incredibly glad of my Jack Wolfskin JWP Vest. 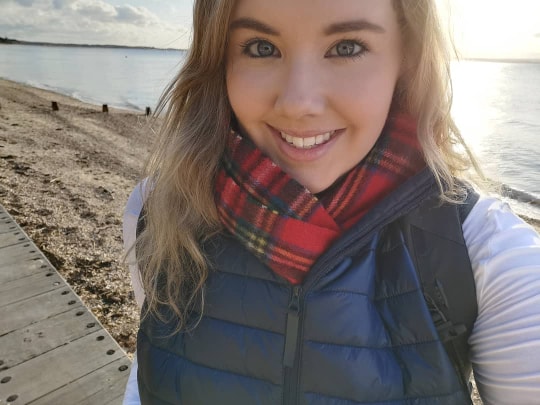 This has fast become a key addition to my outdoor kit bag. It packs away into a handy pouch and shrinks down to an incredibly small size. It’s incredibly light, yet very warm and did an excellent job of keeping the wind out. One thing I always like in a gilet is a high collar, and this absolutely delivers. Anything, I can put my mouth in to stop chapped lips is always a winner with me, though today it just meant my scarf was kept in place well! I’ve used this gilet when out for a stroll in the evenings, for New Forest wanders and even just to pop to the shop at lunch time (when I say it packs away to a wonderfully small size, I’m not kidding. It even fits in my work handbag!).

Increasingly, I have become more conscious about the outdoor kit I buy, ensuring it’s responsibly made and was impressed with a previous coat I was sent by Jack Wolfskin, the Texapore Ecosphere Jacket, so I was glad to see that their ethics have not changed and that this vest is filled with environmentally friendly synthetic fibre insulation. It doesn’t detract from the heat at all, though and at one point I even had to undo it to cool down. 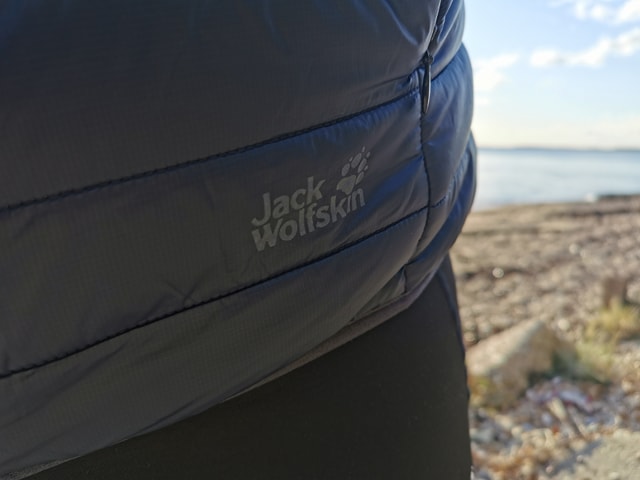 The sizing is probably fair, I would say, but I forgot that I’d lost some weight so actaully this gilet has a bit too much room within it for me to use it as a mid layer. It fits my thickest hoody under it with room to spare. It’s by no means a negative comment, but whether it’s me being smaller or it coming up slightly large, it’s something to be aware of, certainly. For something so lightweight, it feels incredibly durable and it has found a permanent home in my bag for every adventure. 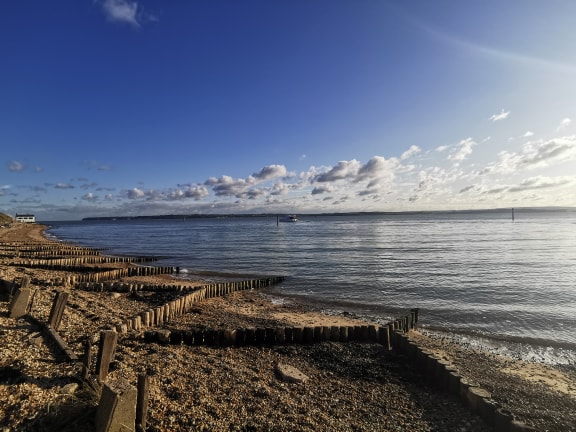 I made my way further along the beach before heading back to the car, making myself a cup of tea in my trusty jetboil and heading home for an evening of Christmas films. The perfect winters day.